After 2-year hiatus, Los Alamitos to crown a wiener champion


LOS ALAMITOS, Calif. — For the past month, Tiffany De La Torre has prepared her little Nigel for the biggest race of his young life.

Nigel Weenie Powers is a 1.5-year-old dachshund who is looking to be crowned as the next wiener dog champion.

What You Need To Know

After the coronavirus pandemic canceled the annual dachshund-racing event for the past two years, the Los Alamitos Race Course will host the Wienerschnitzel Wiener Nationals Race at 6:30 p.m. Saturday night at the racetrack in Los Alamitos. Tickets are $3. Teens 17 and under are free.

“We couldn’t wait to have it back,” said Orlando Gutierrez, director of marketing at the Los Alamitos Race Course, to Spectrum News. “It’s one of our biggest events. It brings in the huge crowds, and it’s for a good cause.”

Before the pandemic, the racing charity event — now in its 25th year — was an annual tradition at the Los Alamitos Race Course. Proceeds from the event benefit the Seal Beach Animal Care Center, a no-kill shelter. 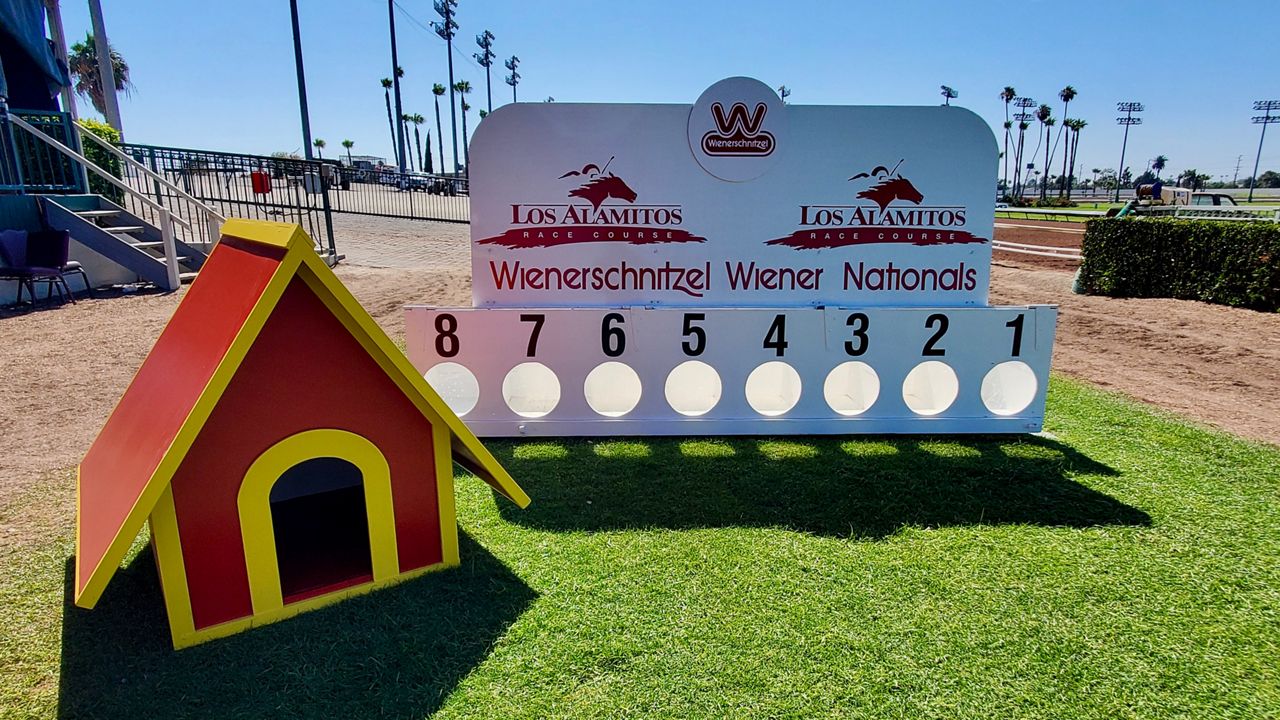 The winner of the race receives a red and yellow doghouse shaped as a Wienerschnitzel restaurant. (Spectrum News/Joseph Pimentel)

More than 100 dachshunds, of which 80 are first-time entries, will compete this year in the 50-yard dash race on the same dirt racetrack that the thoroughbreds race in. The dachshunds are split into 10 groups during the trial races, with the winners moving on to the finale.

The champion receives a $1,000 cash prize, a red-and-yellow Wienerschnitzel restaurant-shaped doghouse and a trophy with the inscription that reads “Fastest Wiener in the West.”

Besides the running of the main wiener dogs, there will also be a diaper dog dash for young dachshund puppies 1-year-old or younger.

The dachshund race in between the live horse racing that runs throughout the night. There’s no wagering on the races. 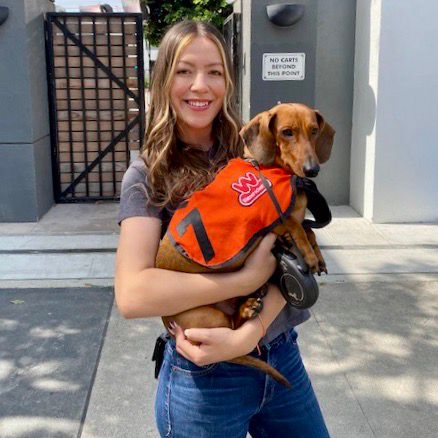 De La Torre, a 27-year-old from Long Beach, said she wanted her weenie dog to participate as a way to be involved with the local dachshund community.

“Being a weenie-dog mom, I thought this would be interesting and fun,” she said.

But De La Torre also wants her dog to win. So for the past month, two to three times a week at her apartment and friend’s houses, she places Nigel in improvised cardboard boxes to emulate a starting gate.

When he starts to run, she tries to coax him with his favorite treat and toy to the finish line.

What are his chances of being the “Fastest Wiener in the West” this year?

“My family and I have a running joke: We give him a 100-to-1 shot,” she said. “It doesn’t matter. He placed second in one of the practice races. We’re very proud, and this is for a good cause.”

The dog in ‘Prey’ had no acting experience before the movie

Buying a Westchester House ‘for the Dogs,’ but Could They Survive a Bidding War?

58 Times Animals Acted So Hilariously Devious, They Ended Up Being Shared On The “Animals Going Goblin Mode” Twitter Account