Bizarre Bazaar: The Artists of the Oddities and Curiosities Expo: Ethical sourcing and upcycling become the beautifully strange – Arts

The Oddities and Curiosities Expo lived up to its name. It had everything from jewelry made of deer vertebrae, to taxidermied rats dressed and posed like burlesque dancers, an octopus preserved in a glass orb, $15 hedgehog skulls, a tattoo-able silicone cast of a sphynx cat, even a freakshow featuring two-headed calves. You know, the works.

The touring expo, which rolled into the Palmer Events Center last Saturday, showcased the varied and unique works of independent vendors, who shared fascinating and unexpected stories of how they got into their craft.

Sarah Butryn creates jewelry and artful displays out of the bones of squirrels, snakes, deer, alligators and more and sells them through her shop Whimsical Nightmares. Houston-based Butryn explained that her jewelry business started as a hobby. “I got sick – in 2014 I had cancer and so I was kinda bedridden and didn’t really have anything to do.” She started incorporating animal bones into her work after her “bead lady” had some snake vertebrae, and has continued working with bones ever since.

Butryn sources her materials from roadkill, friends who happen upon the remains of an animal, and trusted online vendors who find remains from foraging. “People come up to me all the time and say ‘I have a dead thing in my yard, do you want it?’ 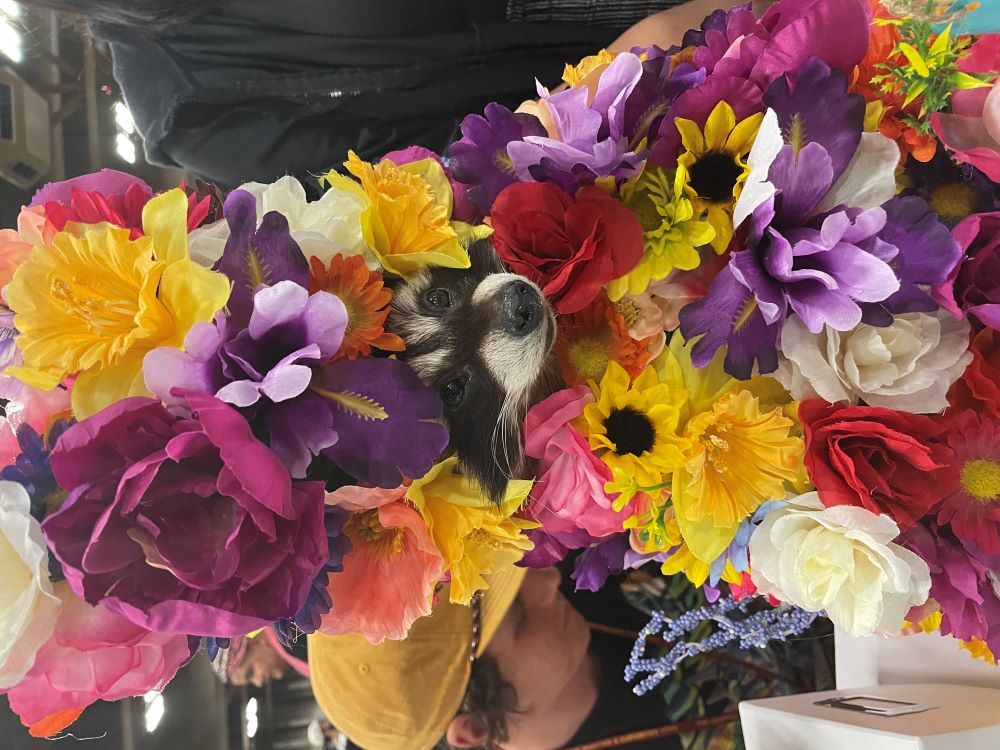 Hellie Horror, the artist behind the online shop Hell’s Oddities, got into working with animal remains as an act of memorial. “My stepdad was really into like oddities and bones and stuff and when he passed away he left some pieces unfinished.” After Horror posted the work that they had finished to honor their stepdad on Instagram their friends and followers started reaching out asking for commissions. Their act of remembrance quickly spiraled into a full-time business.

Spencer Thomas has been running his small business Painted Points uses a laser to burn complex geometrical patterns into the skulls of a variety of animals. Like a lot of the vendors at Oddities, Thomas picked up his craft during a time of hardship after being incarcerated. “I just stopped doing drugs and I love like math and geometry… I stayed clean and I keep making things.” Thomas gets his skulls from “​​trappers, taxidermists, ranchers, farmers, fur-buyers, (and) people who come across animal carcasses and have no use for them.” Thomas has been running his small business Painted Points for about seven years now.

Sam (aka @stuffedcritter on Instagram), whose table featured a taxidermy rabbit in a little cowboy hat, and a taxidermy raccoon adorned in flowers like Dani from the horror movie Midsommar. She taught herself the art of taxidermy as a way to keep busy early in the pandemic, and now sells her work via Etsy. Sam said she has found that sharing her creative process of dressing taxidermied creatures in fun, vibrant outfits makes people more willing to have conversations about death. “I was starting mortuary school and people just didn’t want to talk about death and I wanted like a fun way for people to talk about death and not make it so taboo.”

Terra Biddelman is an Austin-based artist whose shop Finery Elaborate Adornments sells upcycled vintage jewelry and elaborate beadwork. Biddelman mostly works with vintage pieces dating back to the 1920s, and she can tell you which decade each piece is from. “I’ll go to different estate sales, garage sales, stuff like that, I’ll buy all the broken jewelry because I believe in sustainability. There’s so much out there that needs to be reused.”

Biddelman, who runs two local Austin markets – Eastside Pop Up and the Wandering Vegan – believes that pop up events like Oddities and Curiosities are “the way of the future”, allowing artists to show their work all over the country. “I just like being a part of the community and like showing up for the community, and that way you can talk to people rather than selling just online.”

Raleigh begins Lights Out initiative to help save migrating birds