A BULLYING badger is menacing dog walkers and runners who dare to stray on to his territory at a beauty spot.

The two-tone terror has been chasing pets, their owners and other passers-by, prompting a warning from the RSPCA to steer clear.

The bold-as-brass brock was filmed on the prowl at Cannock Chase, Staffs.

It can be seen chasing barking dogs — causing one French bulldog owner to plead “go away little badger” while trying to pull her pet away.

Joggers were also on the hit list — and the striped menace even pursued one woman over a set of stepping stones. 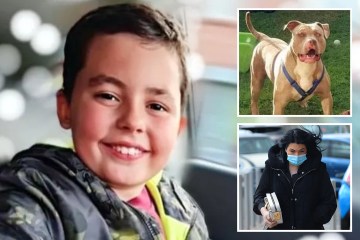 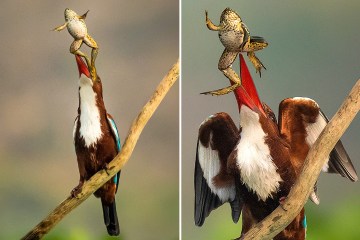 Ben Clay, 39, who filmed the unusual sight on a walk with his children, said: “Someone walked past and said, ‘Keep your dog on the lead as there is a badger wandering about’.

“I just kept an eye on the children and then looked up and saw it trotting down the path.”

The RSPCA yesterday confirmed the animal’s actions were not normal behaviour.

It said: “We would advise if anyone sees this badger behaving like this to keep a distance and to keep dogs well away. It may well be disoriented and could be unpredictable and aggressive.”

Cubs are born in January or February but spend the first few months underground, only coming out in spring.

Jack Russell Learns How To Drive Ute On Aussie Farm

Dogs With Big Vet Bills: These are the 10 breeds of adorable dog likely to need most expensive vet visits – including the loving Labrador 🐕

Jack Russell Learns How To Drive Ute On Aussie Farm

A Crypto-Trading Hamster Is Outperforming the S&P 500