Cats are often known to fall asleep in a variety of amusing positions. But one Japanese Twitter user’s cat conked out in a position so odd that commenters are comparing the snoozing feline to a drunken salaryman on a Friday night. For those unfamiliar with the term, salaryman is typically used to refer to a Japanese white-collar office worker. And according to the common trope, salarymen are typically very loyal to their company, which often causes them to be overworked and quite stressed. As a result, it’s a common stereotype that you’ll find them passed out on the weekends—usually Friday nights—after blowing off some steam with a few too many drinks.

Thus, this sleeping cat makes for a very apt comparison. The amusing picture shows the slumbering kitty slumped on its back against a kitchen cabinet like a stressed office worker that’s had a particularly long week. What’s more, the feline doesn’t show any signs of waking up soon.

“He’s fallen asleep…lol,” says the translated caption. “Thanks for your hard work this week as my home security guard!”

After commenters kept comparing the sleeping cat’s pose to that of a passed-out salaryman, one user even Photoshopped in a bottle of booze to help further visualize the resemblance. But apparently, this isn’t even the kitty’s first time dozing off in such a precarious pose. In addition to the recent photo, the Japanese cat owner (やわい Yawai) also posted a video nearly a year earlier of her snoozing kitty zonked out in the exact same position and in the very same spot.

In the short clip, the cat can be seen just waking up before looking around dazedly and giving a big yawn. The caption sheds some further light on the entertaining video, comparing the feline to a confused old man. “Look at this lol,” reads the translation. “Here’s a middle-aged man who woke up to discover he had become a cat lol.”

All jokes aside, it seems as if that’s just this cat’s go-to sleeping position. Or perhaps it is true that there’s a middle-aged salaryman just trapped inside.

A Japanese Twitter user shared a hilarious photo and video of her cat sleeping in a very funny position.

Some commenters compared the snoozing feline’s posture to that of a drunken salaryman. 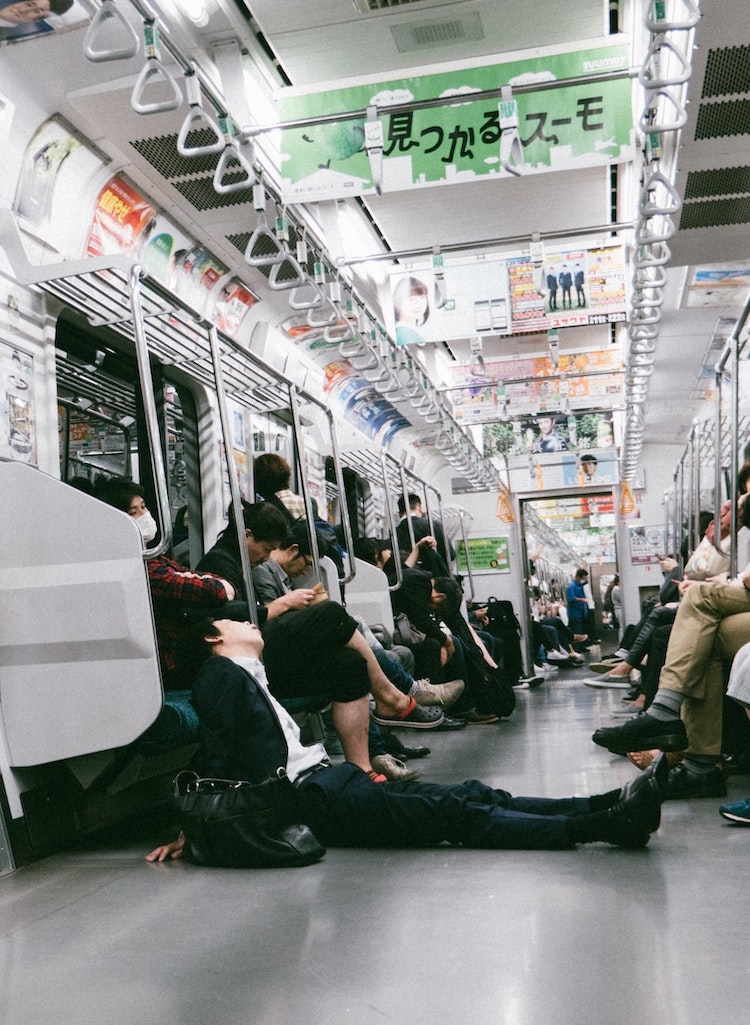 To further illustrate the comparison, one commenter even Photoshopped in a bottle of booze.

Poodles pop in popularity, but Labs still No. 1 US dog breed