The white ‘Central Park Karen’ who accused a black birdwatcher of threatening her in 2020 has lost a lawsuit against her former employer for firing her after the incident.

Amy Cooper claimed she was illegally fired and falsely portrayed as a racist by New York investment house Franklin Templeton following the May 25, 2020, incident.

The following day, May 26, 2020, Franklin Templeton said in a tweet – which was liked 277,000 times – that it performed a legitimate investigation and ‘determined indisputably’ that Cooper was racist and terminated her.

Cooper’s lawsuit, however, claimed there was never a ‘legitimate’ investigation and the company’s tweet gave the ‘Karen’ narrative ‘legitimacy’ and ’caused her such severe emotional distress that she was suicidal.’

In a decision on Wednesday, US District Judge Ronnie Abrams rejected Cooper’s claim that she was defamed when Franklin Templeton and Chief Executive Jenny Johnson made public statements on the incident three times saying they did not tolerate racism.

Cooper claimed that this portrayed her as a ‘privileged white female ‘Karen.’ The video of the incident went viral. 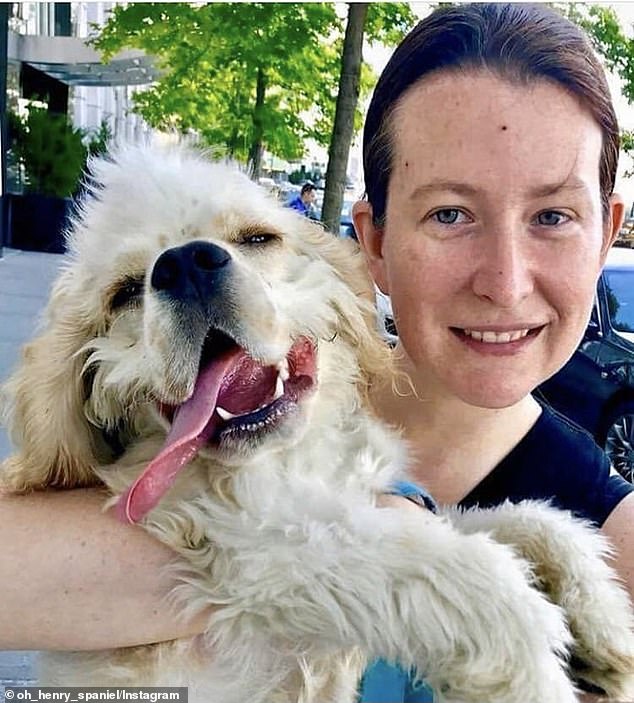 ‘Central Park Karen’ Amy Cooper, (pictured) who falsely accused a black birdwatcher of threatening her in May 2020, lost her lawsuit against her former employer Wednesday 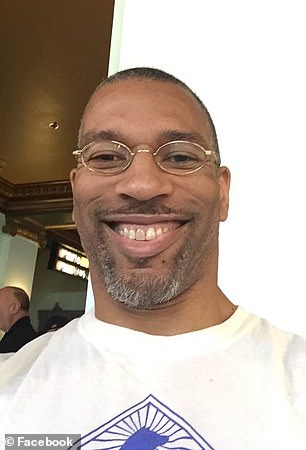 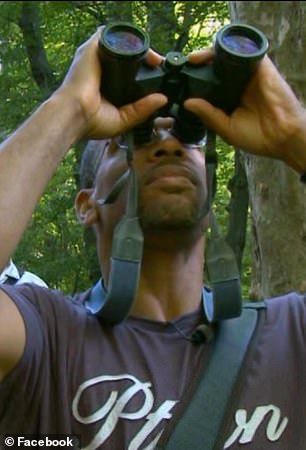 Christian Cooper, who is not related to Amy, is a birdwatcher who spends his time in Central park and was falsely accused of threatening Amy after he told her to put her dog on a leash 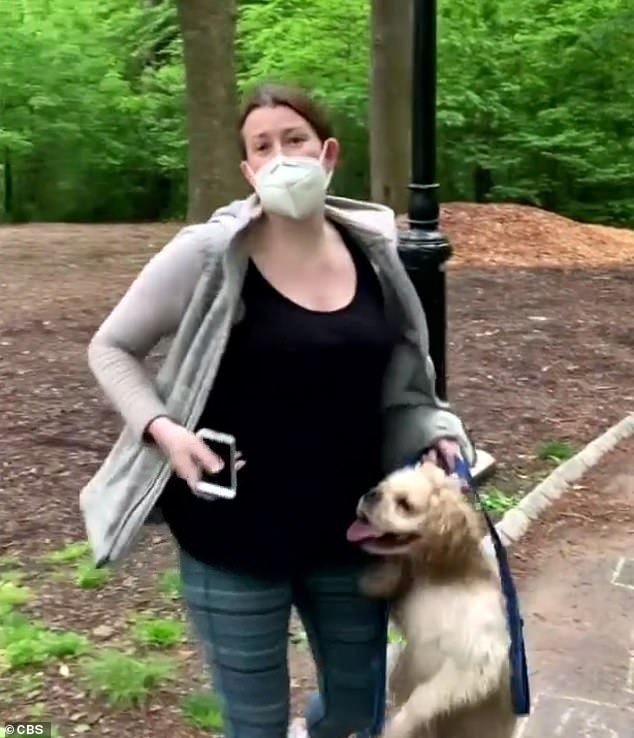 Pictured: Amy Cooper choking her dog during the intense encounter. She was fired the following day over the incident but suited her employer

The Manhattan judge also said Cooper failed to prove she was fired in May 2020 because of her race or gender, and without the kind of thorough investigation once done into a male employee’s alleged offensive conduct.

Lawyers for Cooper did not immediately respond to requests for comment. Franklin Templeton, part of San Mateo, California-based Franklin Resources Inc, said it ‘responded appropriately’ to the incident and was pleased with the dismissal.

Amy Cooper joined Franklin Templeton in 2015 and was working as an insurance portfolio manager when a May 25, 2020, video showed her appearing agitated after confronting the birdwatcher, Christian Cooper, who is not related.

Amy Cooper was shown calling the police and saying ‘there’s an African-American man threatening my life’ after Christian Cooper asked her to leash her dog to comply with park rules.

The video was taken the same day a Minneapolis police officer killed George Floyd, sparking nationwide protests about racial injustice. Franklin Templeton fired Amy Cooper the next day, and she was branded on social media as ‘Central Park Karen,’ incorporating a pejorative for an entitled white woman.

Amy Cooper argued that the defendant’s statements implied that Franklin Templeton had uncovered details about her alleged racism not evident from the video, but the judge disagreed. 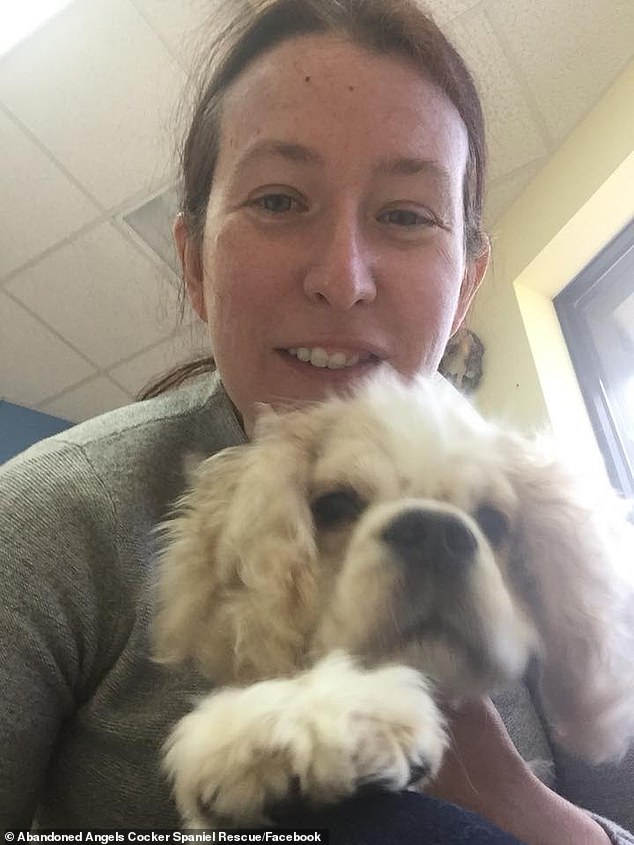 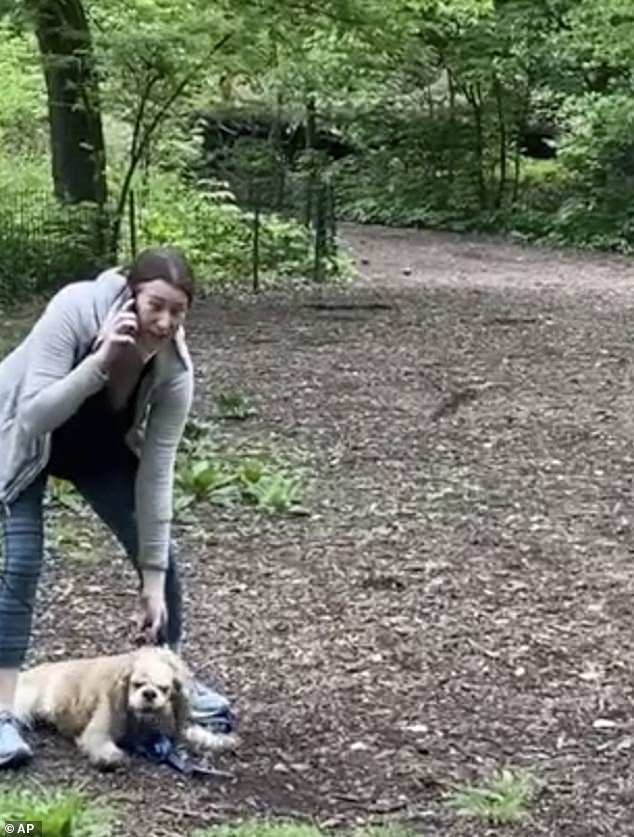 Pictured: Amy Cooper talking police during the incident. US District Judge Ronnie Abrams rejected Cooper’s claim that she was defamed by Franklin Templeton

‘The contents of the viral video, as well as the dialogue surrounding it both in the media and on social media, were already matters of public knowledge,’ making the defendants’ statements ‘inactionable as pure opinion,’ Abrams wrote.

Manhattan prosecutors charged Cooper in July 2020 with filing a false police report, a misdemeanor. They dropped the charge seven months later after Cooper completed therapy that included instruction on not using racial bias.

In the failed lawsuit, Amy Cooper claimed race had nothing to do with the incident. She said Christian Cooper had a ‘history of aggressively confronting dog owners’ in Central Park.

‘It was Christian Cooper’s practice and intent to cause dog owners to be fearful for their safety and the safety of their dogs, and he had a history of doing so to people,’ the lawsuit says.

She was ‘frightened to death after being selected as the next target of Christian Cooper, an overzealous birdwatcher engaged in Central Park’s ongoing feud between birdwatchers and dog owners,’ according to the lawsuit. 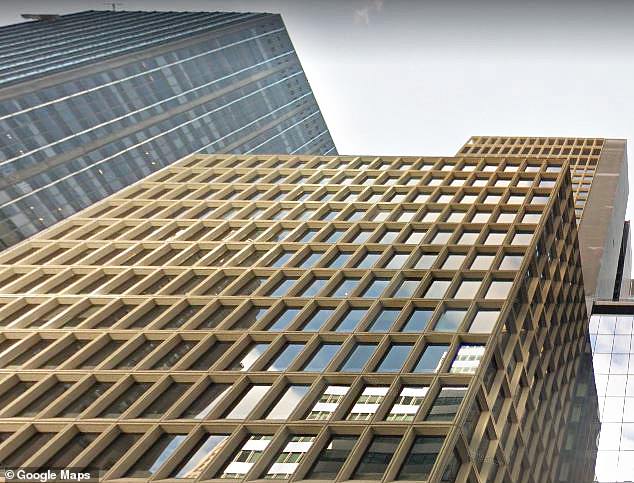 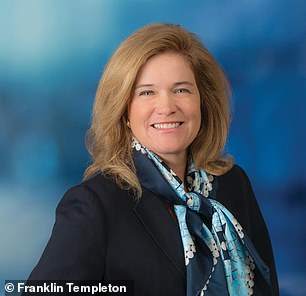 Lockett told media outlets that Christian Cooper is a ‘d**k’ and ‘probably did threaten her.’

‘Sure, we’re breaking the rules by having our dogs off leash in a park that has 80 percent of its area off-leash hours, but that gives that guy no authority to accost people in such manner,’ Lockett said, according to the court document.

‘My two fellow dog owners have had similar situations with this man, but don’t feel comfortable coming forward because they’re white. They think they’ll be seen as a ‘Karen’ or whatever.’

But the company still ‘perpetuated’ the ‘Karen’ vs. an innocent African American narrative and never contacted Lockett, the lawsuit says.

‘I’ve been in a couple of situations where social media got it wrong. And it’s difficult as a CEO, and as a firm, when social media doesn’t have it right and you need to stand by people,’ Johnson told Yahoo News last month.

‘In the case of that situation [of Amy Cooper], we stand by our decision

‘We felt and we feel confident in the due diligence we did in the end — the process to make our evaluations.’

“Getting off the hamster wheel.”