Cats perch on windowsills and the tops of sofas in many homes across the country. The American Veterinary Medical Association indicated in its U.S. Pet Ownership & Demographics Sourcebook (2017-2018) that 25.4 percent of households owned cats, with a total of 58,385,725 cats residing in the United States that year.

The Canadian Animal Health Institute says cats continue to outnumber dogs in Canada, where 8.1 million cats were kept as household pets in 2020.

Pet owners understand that there are a variety of dog breeds, each with its own behavior, size and temperament standards. For example, a golden retriever may behave much differently than a toy poodle.

The same can be said for cats; cat breeds vary and each has its own notable characteristics. The following are a few popular cat breeds and what owners can expect if they open their homes to these felines, courtesy of PetHealthZone® and Cat Fanciers’ association. • Abyssinian: A popular cat breed, Abyssinians are elegant and regal-looking. While affectionate, they tend not to be lap cats, but are known for their curiosity and playfulness. These cats come in four different ruddy colors. • American Bobtail: This cat has a short tail and tufted ears and toes. It resembles the wild bobcat. Some say these cats are dog-like in their personalities. They may enjoy greeting family and some can even be leashtrained. 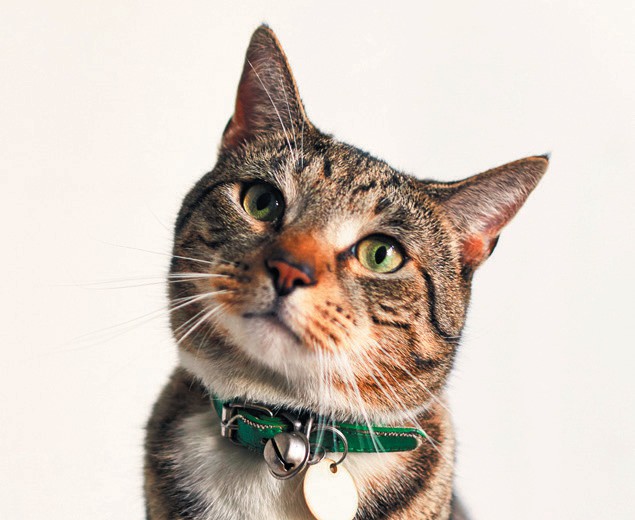 • Bengal: Bengals look like
a wild cat with their spotted
coats. They are extremely
intelligent and require much
energy to stimulate them
mentally.
• Burmese: Burmese cats
like spending time with
their families and bonding
with people. They hail from
Thailand, although it was
rumored the cats were from
Burma, and come in American and British variations.
• Devon Rex: With its
oversized ears, the Devon
Rex can look like a cartoon
character. And a character

he or she is, preferring to curl
up on a warm lap or follow
people around the house.
The breed also has a hint of
mischievousness, so watch
out.
• Himalayan: Puffy and beautiful, these cats desire petting
and grooming. They were
bred by crossing Persian and
Siamese cats to produce a
striking mix. Himalayans are
affectionate, intelligent and
extroverted.
• Maine Coon: These cats
got their name from the
legend that they’re a cross
between a cat and a racoon.
This isn’t the case, but Maine
Coons are among the largest cat breeds in the world
and have fur and tails that
resembles a wild racoon.
People-oriented, intelligent
and easy-going are some
traits associated with this
breed.
• Persian: Persians have
scrunched faces and silky,
flowing coats. They tend to
be quiet and gentle, and
will offer unconditional love
to owners. They can take
a while to warm up to new
people.
• Siamese: These cats look
similar to Burmese, and also
hail from Thailand. Brown
paws and blue eyes give
them a striking look. They’re
quite talkative and very intelligent.

With scores of cat breeds, people can undoubtedly find felines that fit their lifestyles.

Cat found dead in cage attached to a rock in brook

Cat Ownership in Childhood Linked to Psychosis Risk in Adulthood