A new adorable, sentient animal has joined Rocket, Goose, and Howard in the MCU – meet Cosmo the Space Dog. After being blasted into the unknown by the Russian space program in the 1960s, the pup landed in Knowhere with extraordinary abilities. A regular member of the Guardians of the Galaxy and an ally to Nova, you want this good boy/gal on your side. 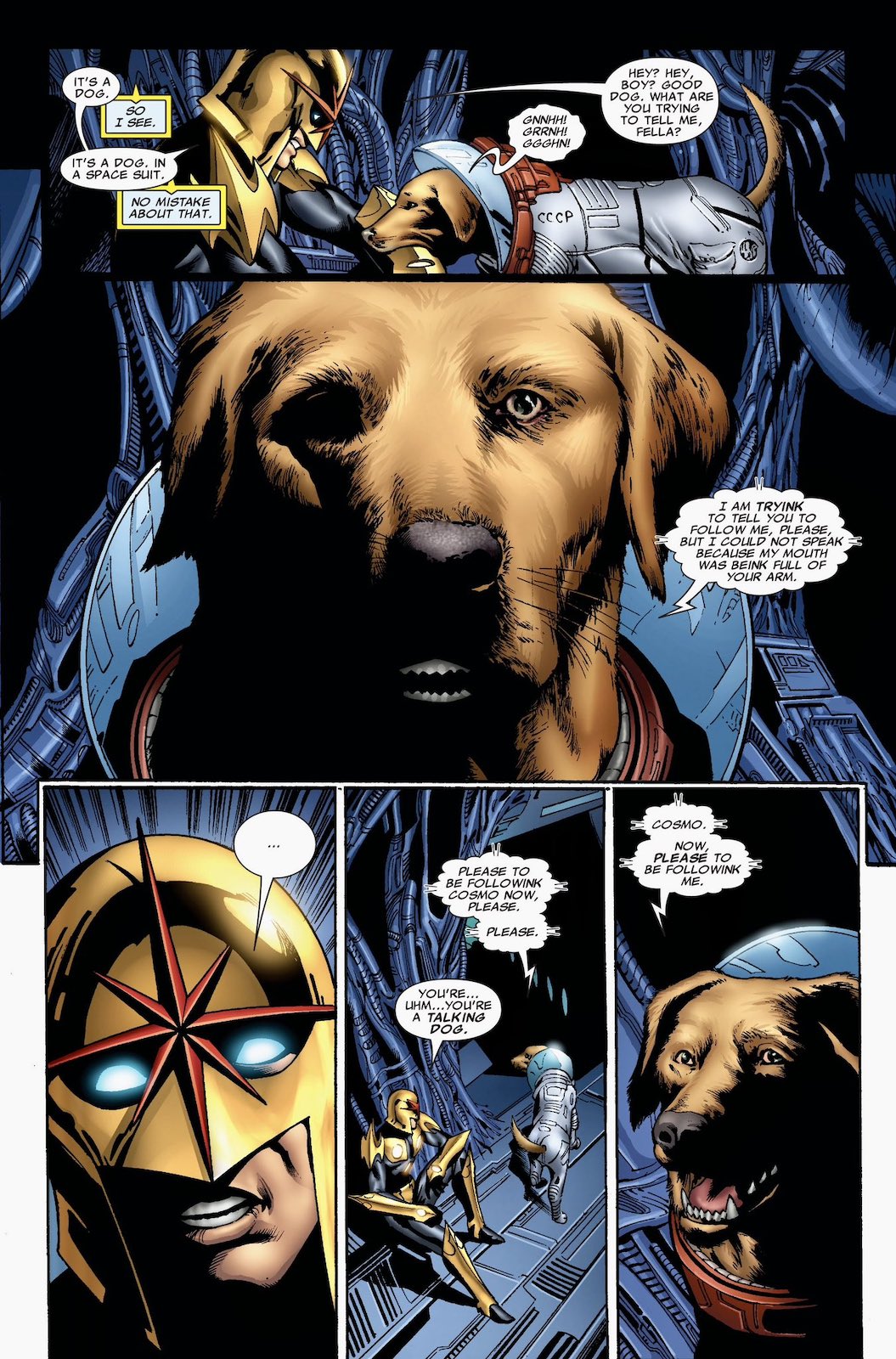 Cosmo the Spacedog in Comics

Cosmo is inspired by Laika, one of the first creatures to be sent to space. She flew aboard the Sputnik 2, which was launched into low orbit in 1957. There was no way to de-orbit the capsule, so she died but not before providing proof that a living organism could survive being launched into orbit and in a state of weakened gravity. She’s celebrated as a hero – and has her own monument in Moscow.

Marvel’s spacedog has a different fate. The Soviet space program launched Cosmo into the Earth’s orbit as an experiment in the 1960s. Instead of his spacecraft settling into orbit it went farther out into space, and Cosmo was considered lost. Going beyond the galaxies humans were aware of, he ended up in Knowhere after going through cosmic rays that mutated him. Beings from all over the universe end up in the city on the severed head of a giant Celestial, so a talking dog wasn’t exactly strange. Cosmo eventually became the city’s security chief. 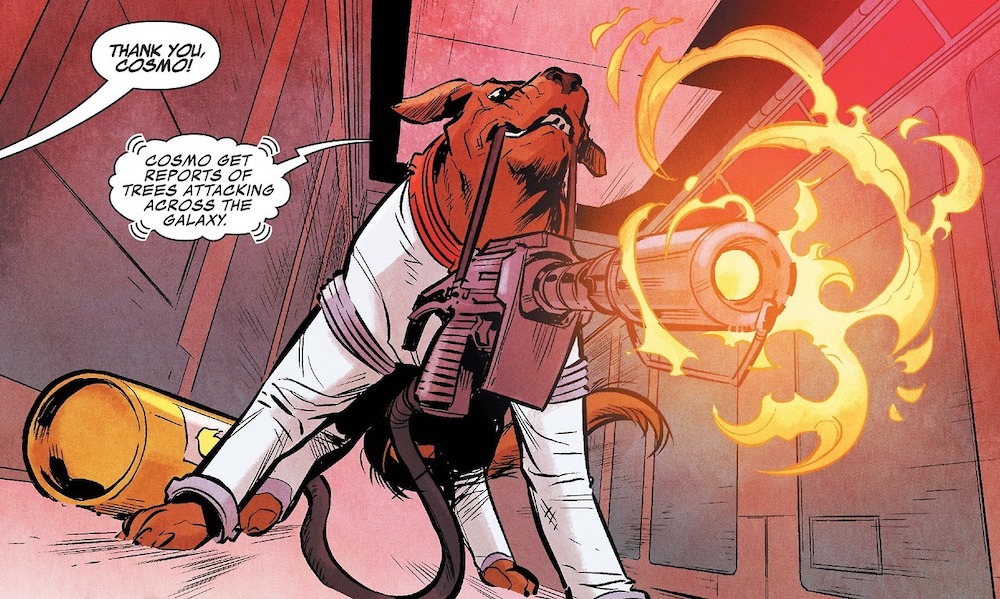 The first adventure we join Cosmo on is with Nova. The Luminals decide that the best way to dispatch their nemesis, Abyss, is to throw his coffin prison into the depths of space. They arrive on Knowhere, Abyss escapes and wreak havoc, turning residents and Luminals into zombies. The host of the Nova force finds himself in a losing battle against them. He retreats to the passages below the city and discovers a talking dog with a thick Russian accent — the two team up to recapture Abyss and return the residents of Knowhere to safety.

From there, Cosmo became a member of the Guardians of the Galaxy, founded the Annihilators, and protected Knowhere from gangsters and the universe’s biggest bad guys. He was the key to several missions – one of which stopped the universe from ripping apart and ending. Cosmo is an amazingly good boy. 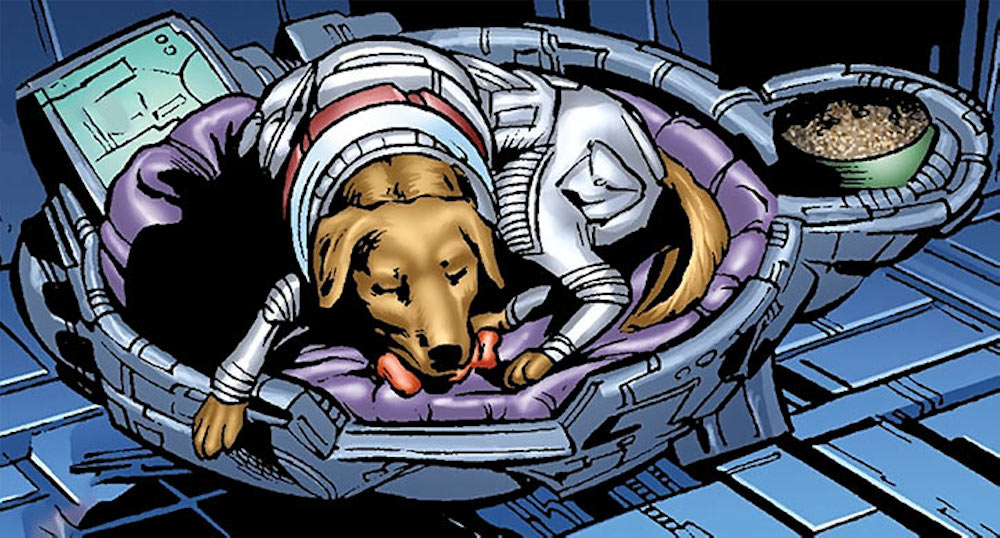 Cosmo is a loyal comrade who will risk his life for those he allies with. You don’t want to be on his bad side.

This space pup has all of the abilities of a Terran dog: enhanced hearing, smell, and adorableness. Along with the standard abilities, he has Psionic capabilities, including telepathy and telekinesis. He can use these for offense and defense, creating shields and projecting powerful psionic blasts. While the full extent of his abilities is unknown, he’s taken on Adam Warlock alone and survived. As a dog that was alive during the time of the Soviet Union, it’s clear that Cosmo also has an extended lifespan.

The coolest thing, in my opinion: is that he keeps a dimensional envelope on his collar that can hide cities’ worth of beings. 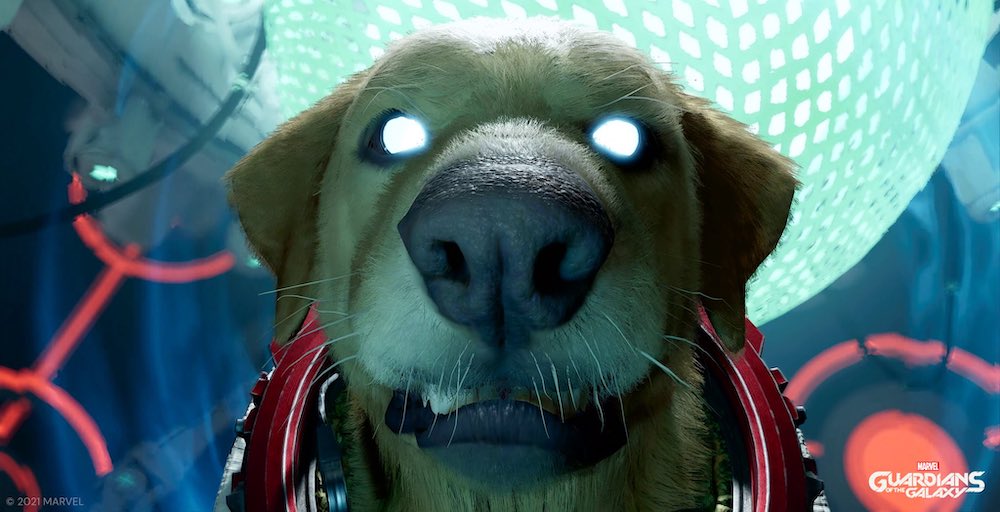 Cosmo in the MCU

Cosmo has had small cameos since her debut in 2014’s Guardians of the Galaxy as part of the Collector’s menagerie – where she had a not-so-friendly exchange with Rocket. The live-action pup was then seen in the end credits scene of GoTG 2. In both instances, she was played by a real dog, Fred. In “What If… T’Challa Became a Star-Lord?” an animated Cosmo is seen escaping the Collector and joining the Ravagers as they head to Earth.

Her first speaking role was in The Guardians of the Galaxy Holiday Special, her most prominent role yet. The CG version of Cosmo is voiced and mo-capped by Maria Bakalova. The Bulgarian actress is on the cast list and has been seen in photos from the GoTG 3 set, so we’ll definitely be getting more of the space pup on screen. I approve. 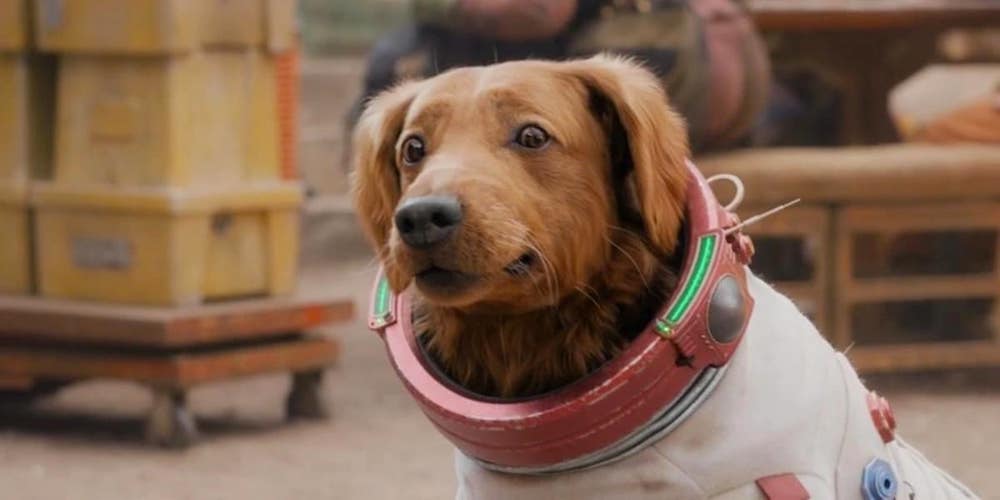 A good girl, via Marvel

Pop culture staff writer that has been on the BoLS team since 2010. Contributor on the One of Us podcast. Marvel, Vertigo, and dystopian sci-fi fan. Enjoys bad movies, amazing stunt performances, and the internet. Hates rom-coms. (she/they)

Chihuahua found in Queenborough put down after health complications