Police already caught the two teens accused of taking the dog. However, the dog remains missing.

A couple’s French Bulldog, Roxy, was stolen from their backyard in their Old East Dallas neighborhood last week.

Dallas police arrested two juvenile females for the theft, but the dog’s owners still have no idea where Roxy is.

Ashley Williams was home last Tuesday. She let Roxy roam around their fenced-in backyard for a bit. When she came outside, Roxy was gone.

Neighbors are rallying to help Williams and her fiancé, Stephen Fucle, find out what happened to the $5,000 dog. 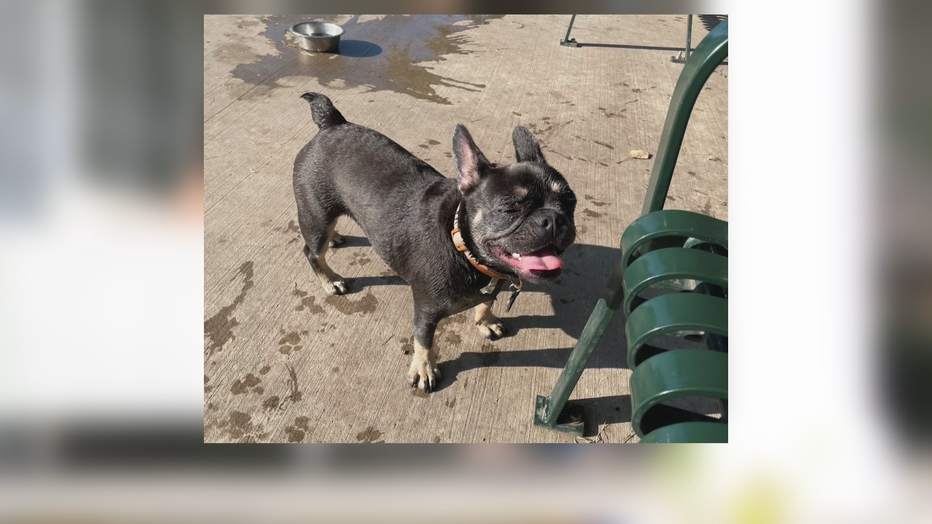 Surveillance footage shows what appears to be the two teenage girls pull Roxy out from underneath the fence before ending up in a neighbor’s yard. Eventually, the two teens grabbed Roxy and left.

The couple shared the footage with police. They say a Dallas ISD officer identified the student girls. It led to their arrests, but the dog was not there.

The couple says they’ve been in contact with each of the girls’ guardians and, according to them, the girls say they gave the dog to a friend. The issue is they haven’t provided a full name or valid contact info to the family. Police are still investigating.

The family is doing its own investigating, speaking with one of the girl’s neighbors who showed security footage of the girls handing the dog to someone in a car. They don’t know if it was given away or sold.

“But we do have video from a neighbor showing that in fact this dog was handed off to an individual in a car,” Williams said.

In the end, they say it doesn’t matter as long as they get Roxy back.

Why is a Campbell Chihuahua screaming at the neighbor?

When a couple separates, the fate of the family pet can be a contentious issue. Even the courts don’t make it easy