WIMAUMA, Fla. – Four horses and a donkey were stolen from a Wimauma pasture in the last four months.

“Now, it is just seventy acres of vacant land,” Donald Buckholt, the owner, said. “It is like someone stabbed you in the heart.”

Cracker, one of the missing horses, would do almost anything for anyone, according to his owner.

Cracker also used to give kids at a special needs camp rides. Buckholt’s daughter wanted Cracker to eventually buddy up with her 20-month-old daughter who was born with disabilities.

“I wanted to put her on a saddle with me when I could,” Courtney Buckholt. “I wanted her love for animals to be as strong as mine.” 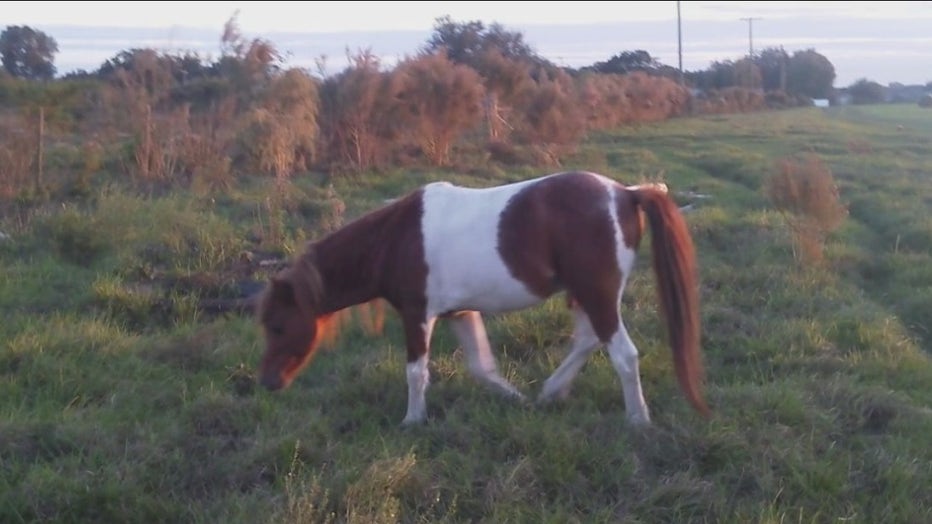 Cracker and two other horses disappeared a few days after Easter. A few months ago, a miniature horse and a donkey were apparently stolen from the same property.

During the first heist, thieves didn’t leave many clues behind, but they did his time. A barbed wire fence had been cut, and they also left tire tracks from a truck and horse trailer.

The horses could have been sold as pets or be facing a much darker destiny. The price of meat is up, so they could be sold as food. Courtney Buckholt said that was her first fear.

Hillsborough County Sheriff’s Office deputies are investigating the situation. They ask that you call the agency if you have any information.

Texas Dog Could Be Your New Best Friend In Grand Junction

Best Amazon Dog Products That Our Editors Swear By

Texas Dog Could Be Your New Best Friend In Grand Junction

Lisa Vanderpump mourns her golden retriever Rumpy who died from cancer: ‘We will always love him’

Bitgert Chain to be Integrated into Sphynx dApp Wallet