Hunt launched for owners after woman, 56, was mauled by mastiff-type dogs


Police are appealing for the public’s help after a woman was attacked by two dogs and left with horrific injuries.

Sarah Blaylock, 56, is still struggling to walk two months after the incident and at one point faced the prospect of plastic surgery.

Her leg wounds were so bad they were likened to injuries inflicted by garden machinery.

And the attack was so quick and brutal Sarah still cannot recall some details of it.

She said of the incident in Rossett, Wrexham, on Sunday, July 24: ‘I must have blocked it out.’

North Wales Police has since secured details of the dogs that may have been involved and are trying to trace a dark-coloured Vauxhall Insignia estate that might have been driven by their owners.

The dogs were both ‘Mastiff types’, one grey, the other brindle coloured.

At the time of the attack, at about 8.35pm, Sarah was out walking her own dog, a Springer spaniel called Wilf. 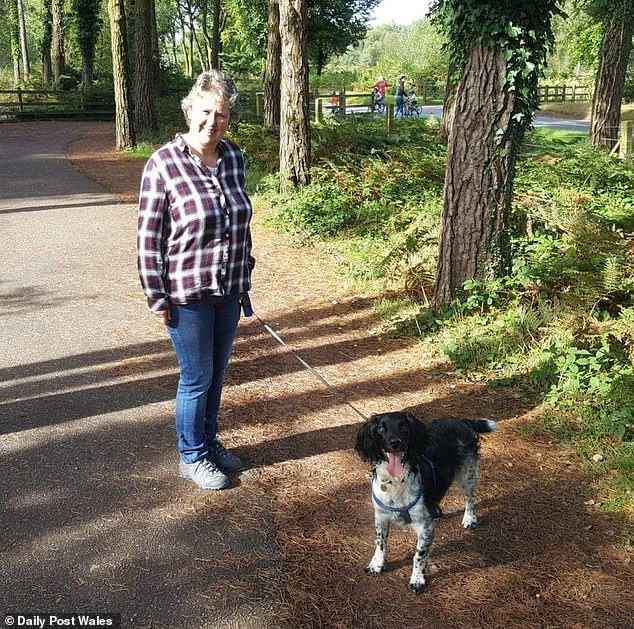 Dog walker Sarah Blaylock, 56, was left with horrific leg injuries after being attacked by two Mastiff-type dogs on the outskirts of Rossett, Wrexham, as she walked her pet Wilf 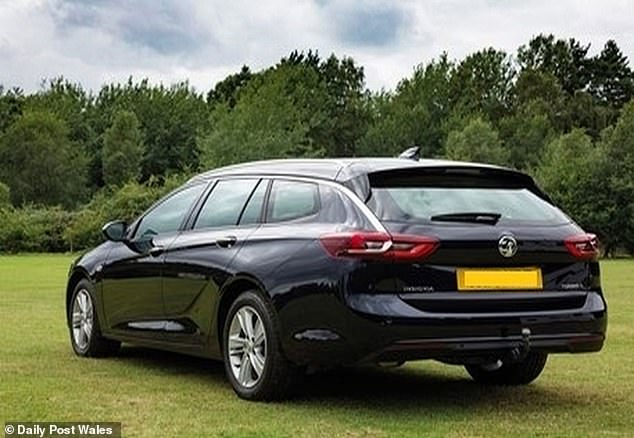 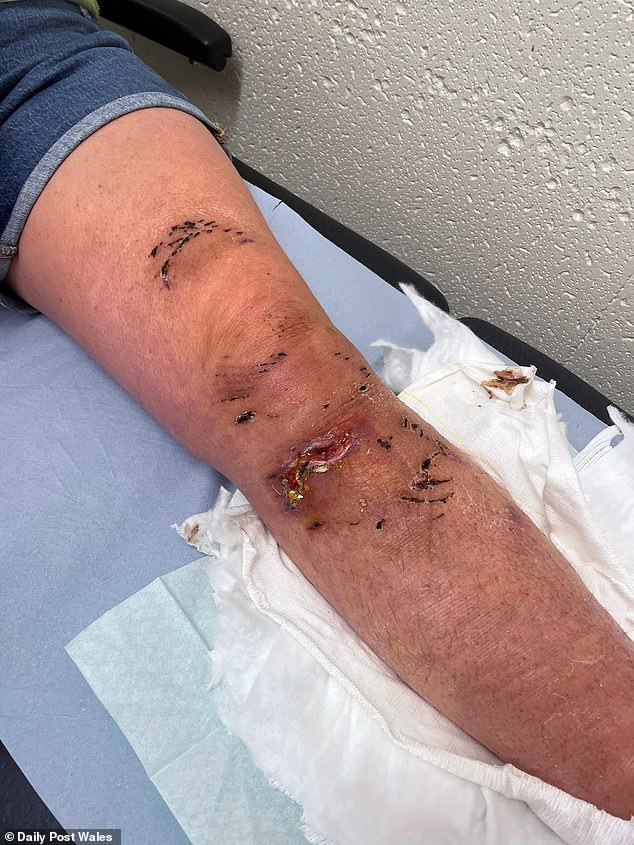 Sarah struggles to walk long distances and is still too traumatised even to consider talking her own dog, Wilf, out for walks after the animal attack

As she passed Rossett business park along a country lane, she heard a scream and turned to see two dogs charging at her.

‘It all happened so quickly,’ she said. ‘I imagine the woman screamed because the dogs had got loose and were running at me. Later, the police told me I shouldn’t have run, but that was my instinct, and looking back now, I wish I hadn’t.

‘The dogs seemed to circle us. I stopped running when I saw one had pinned Wilf on his back. I hadn’t realised but the other had gone behind me. It attacked me but I can’t actually remember being bitten.’

A man ran to the scene to retrieve a pink phone dropped by his partner, promising Sarah he would return to check on her condition. Instead, according to police, the pair jumped in their car and sped off with the dogs, leaving Sarah bleeding in the road.

Incredibly, she managed to stagger some distance before a startled motorist pulled up to offer help. As she was bleeding so profusely, and didn’t want to ruin the Good Samaritan’s car, both walked on to Lavister, where help came via the Nag’s Head Pub.

Sarah’s husband Mike took her to Wrexham Maelor Hospital, where X-rays were considered amid concerns her shin bone might have been fractured. Even now, two months later, her wounds are still being dressed three times a week, infection having set in. 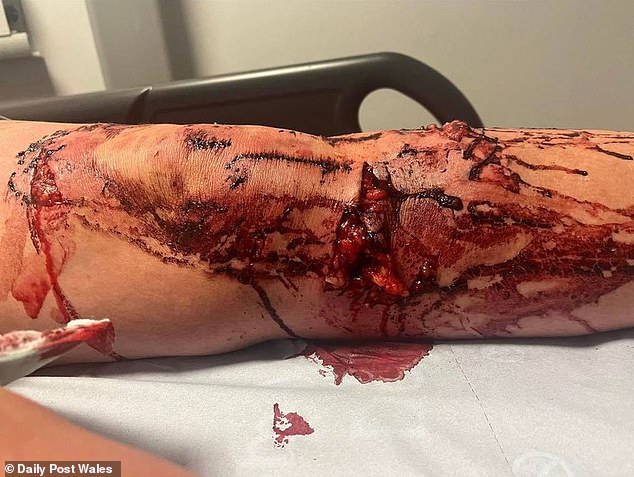 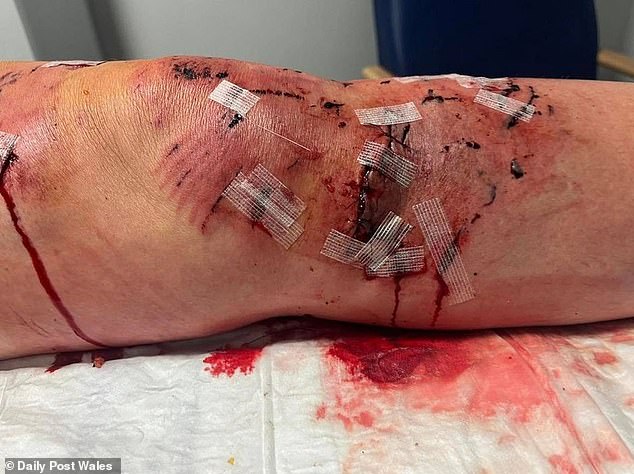 Dog walker Sarah Blaylock, 56, was left with horrific leg injuries after being attacked by two Mastiff-type dogs on the outskirts of Rossett

Friends were appalled. ‘You should have seen her leg,’ one woman wrote on Facebook. ‘She looked like she had been mangled with a hedgecutter.’

Who’s to blame – the dogs or their owners? Have your say in the comments below.

Her family is still dealing with the aftermath. Sarah, a policy manager at Cheshire West and Chester Council, was given two weeks’ leave and she is now back at work at her Rossett home office. But she’s been forced to lay up, leaving her unable to socialise, walk Wilf and undertake many household chores.

‘I was traumatised but I didn’t actually feel any pain at the time,’ she said. ‘I think it affected Mike worse because he saw the injury and he’s had to deal with everything that came afterwards.

‘The hospital A&E said they were the worst dog bites they had ever seen. I believe the deepest one occurred because the dog’s owner tore it off me while its jaws were still clamped on my leg.

‘I’ve been told to take it easy, to allow the muscles and tendons time to heal. I’ve just begun making short trips in the car again but if I do too much, my leg swells up again.’

NWP Wrexham Rural police team is asking the public to help trace the Vauxhall Insignia’s owners. ‘They may be able to assist in the investigation,’ said a spokesperson. ‘Equally we are keen for anyone who may know of similar dogs to come forward.

Sarah hopes the appeal will help others avoid what she went through. ‘It’s ruined our summer but it could have been so much worse,’ she said. ‘A centimetre or two to the left, or a little bit deeper, and the dog could have hit an artery and I would have bled out.

Anyone who can help the investigation is being urged to contact the police via 101 or via the NWP live webchat facility. The crime reference number is 22000533629.