WE all know that the Queen has loved corgis since she was a child.

Her beloved dogs have played a huge part in her life and as you can probably expect, they live a pampered befitting of a royal pet.

Now the Queen’s former chef has revealed the strict diet consumed by her beloved pooches.

The 95-year-old monarch is utterly devoted to her dogs, and they provided her with comfort and affection following the passing of her husband Prince Philip last year.

Darren McGrady, who worked for the royals for 15 years and cooked at Buckingham Palace, Sandringham and Balmoral, has revealed the royal dog diet is very well thought out.

Darren shared that while Her Majesty eats whatever she desires, her corgis have their food menu composed by canine experts a month in advance. 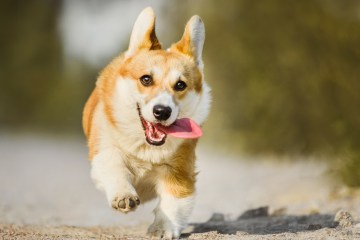 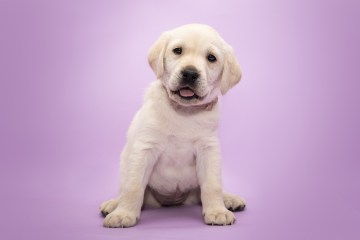 Not only this, but Darren explained the Queen’s pet pooches have their food cooked by Michelin-trained chefs.

And they aren’t just spooning out dog food from a can, but instead prepare bowls of finely cut duck, rabbit and vegetables.

While many pet owners will reach for whatever dog food they have in their cupboards, the Queen’s furry friends have their menu for each day differing slightly, to keep them satisfied.

Darren told GB News, “The Queen didn’t have any advisers at all. I think the only real advisers were actually on the corgi menu.

“She would actually have people advising on what they’re having, whether that was lamb, chicken, liver or beef.”

Previously, Darren revealed on YouTube: “I didn’t expect to be cooking for the Queen’s dogs, when I started working at Buckingham Palace.

FABULOUS BINGO: GET A £5 FREE BONUS WITH NO DEPOSIT REQUIRED

“The corgis had their own menu. I thought I was going to be cooking for kings, queens and presidents.

“I did eventually, but one of the first jobs I had was cooking for the corgis.

The Queen currently has four dogs – two corgis, one dorgi (a corgi-dachshund cross) and a new cocker spaniel that she got in January 2022.

She has had more than 30 dogs over the years, and her beloved animals are said to bring “lots of noise and energy” into her home.

Darren also shared how corgis have been popular in the royal family since 1933, after the Queen’s dad, King George VI, got one called Dookie.

The chef said: “The Queen was given a corgi for her 18th birthday and called it Susan and she’s had over 30 corgis since then.”

Akita Facts: These are 10 fun and fascinating dog facts you should know about the popular Akita 🐕

Pets Q&A: Why is Chihuahua screaming at the neighbor? | Lifestyle

Dog can’t stop showing its love for man after he returned home from work. Watch | Trending

And this little guinea pig went …