A VET has issued a stark warning against a certain breed of cat that people have dubbed the cutest thing ever.

Dr Ben Simpson-Vernon advised that “Munchkin cats” are simply a product of cruelty.

Munchkin’s have very short legs due to a genetic mutation that makes them more susceptible to bone and joint issues.

Despite this, people are increasingly breeding the moggies because of their cute look.

He warned: “Dear God, if you love cats, please never get a Munchkin cat. 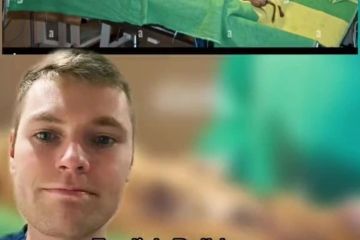 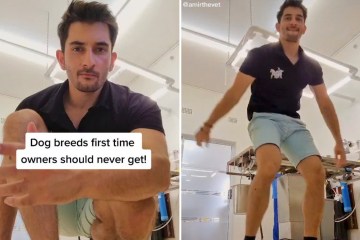 “And just don’t comment on videos saying this cat is cute.

“Munchkin cats have a genetic mutation which means they have these short legs.

“It obviously has a consequence that this cat cannot behave like a normal cat.

“It can’t run and jump like a normal cat.

Munchkin cats cost around £1,500 despite their defective gene meaning their legs can only grow up to 3in.

Dr Ben added that he has luckily never treated a Munchkin cat in the UK and believes they are much more prolific in the US.

One penned: “ I am continually amazed when this sort of breeding is allowed.”

A second said: “My heart breaks for them whenever I see one.

“I feel like they’re in pain all the time.”

The animals are named after the characters from The Wizard of Oz and originated from a mutation in a litter born in Louisiana in 1983.

But if two Munchkins breed together their kittens are unlikely to survive because the mutant gene is classed as lethal.