Kittens who were found underneath a house, have had their lives turned around with the help of many kind people.

About a month ago, Nikki Martinez, a fosterer and rescuer based in Las Vegas, was informed about three kittens found under a young couple’s house. The trio appeared to be sickly and were in need of medical attention.

“Foster Papi (Nikki’s husband) and I headed down to get them. The young couple had already captured a kitten that was around 6-7 weeks old and her small sibling,” Nikki shared with Love Meow.

“I’ve never seen anything like this in person. The bigger one was 22 ounces, and the smaller one was only six ounces, unbelievably tiny for her age.” 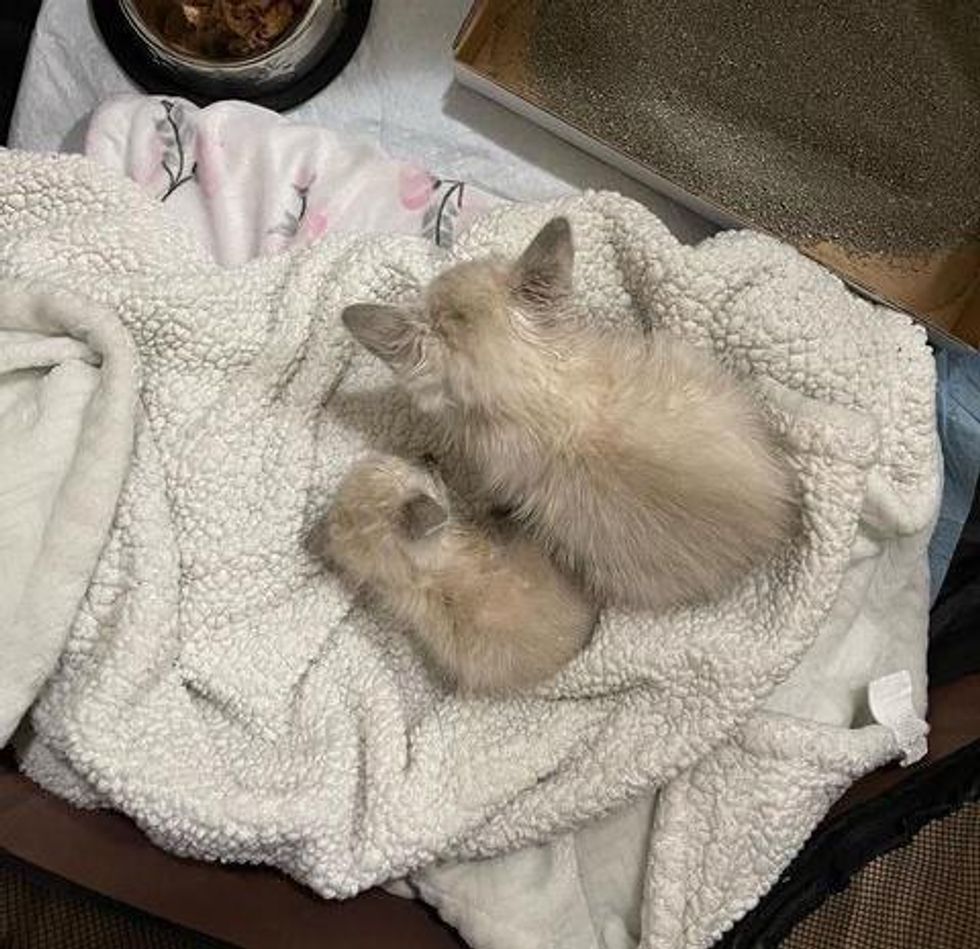 Dani was much smaller than her sister ArnieNikki Martinez

They tried to get the last kitten but the little rugrat was completely out of reach and refused to come out. They waited until close to midnight and decided to take the first two babies home.

The living conditions under the house were deplorable for the kittens who were covered in fleas and filth. The two little tots got their much-needed baths and had their eyes cleaned and treated.

That night, they were able to rest comfortably in a warm bed for the first time, catching up on some shut-eye. 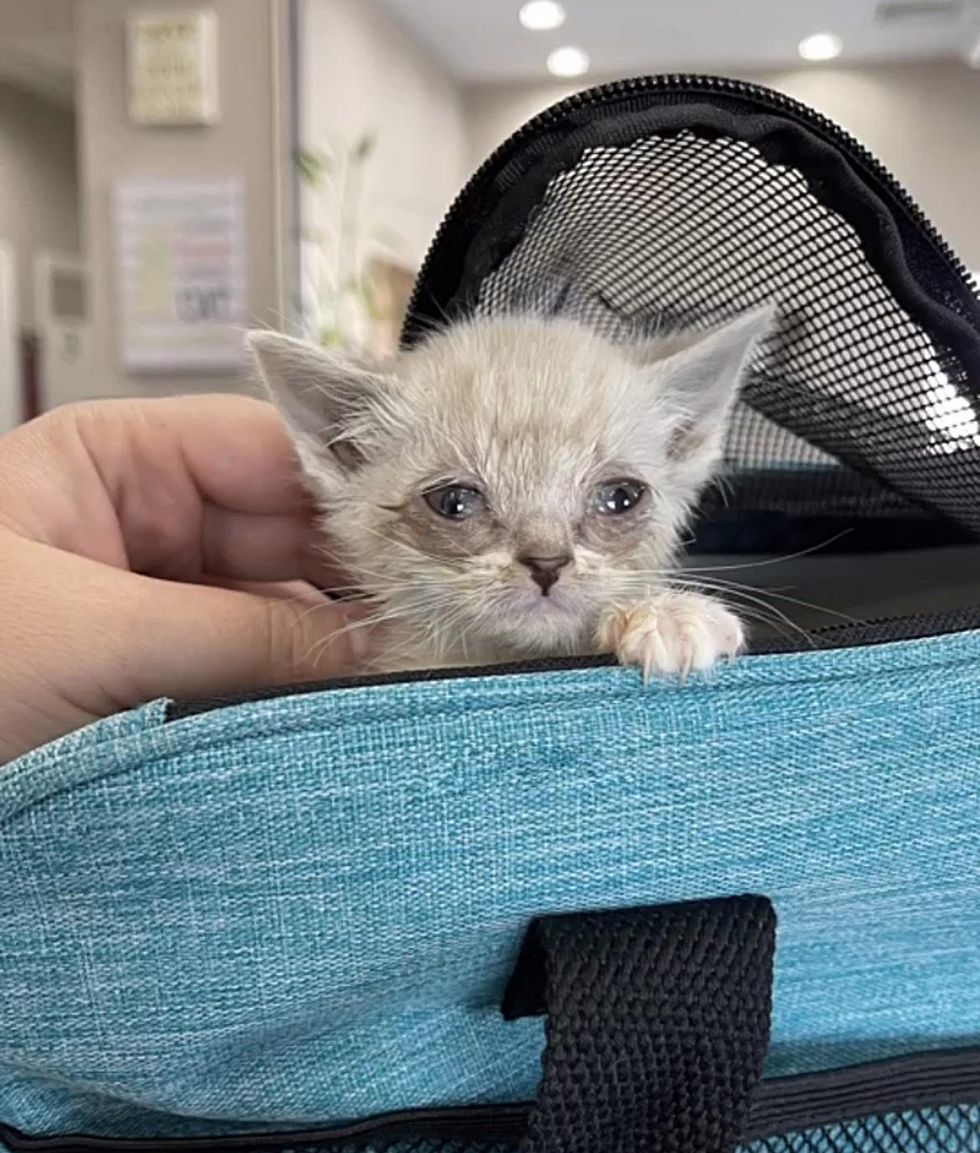 “The next morning, the bigger kitty, Arnie, perked up and her eye was looking good. The little one, Dani, was just skin and bones and her poor little infected eyes were swollen,” Nikki shared.

While Dani was admitted to an animal hospital to receive additional care, Nikki and her husband returned to the house to continue their rescue for the third kitten. “Foster Papi was there at sunrise trying to get this last baby from under the house. We both were back again the next day until midnight.” 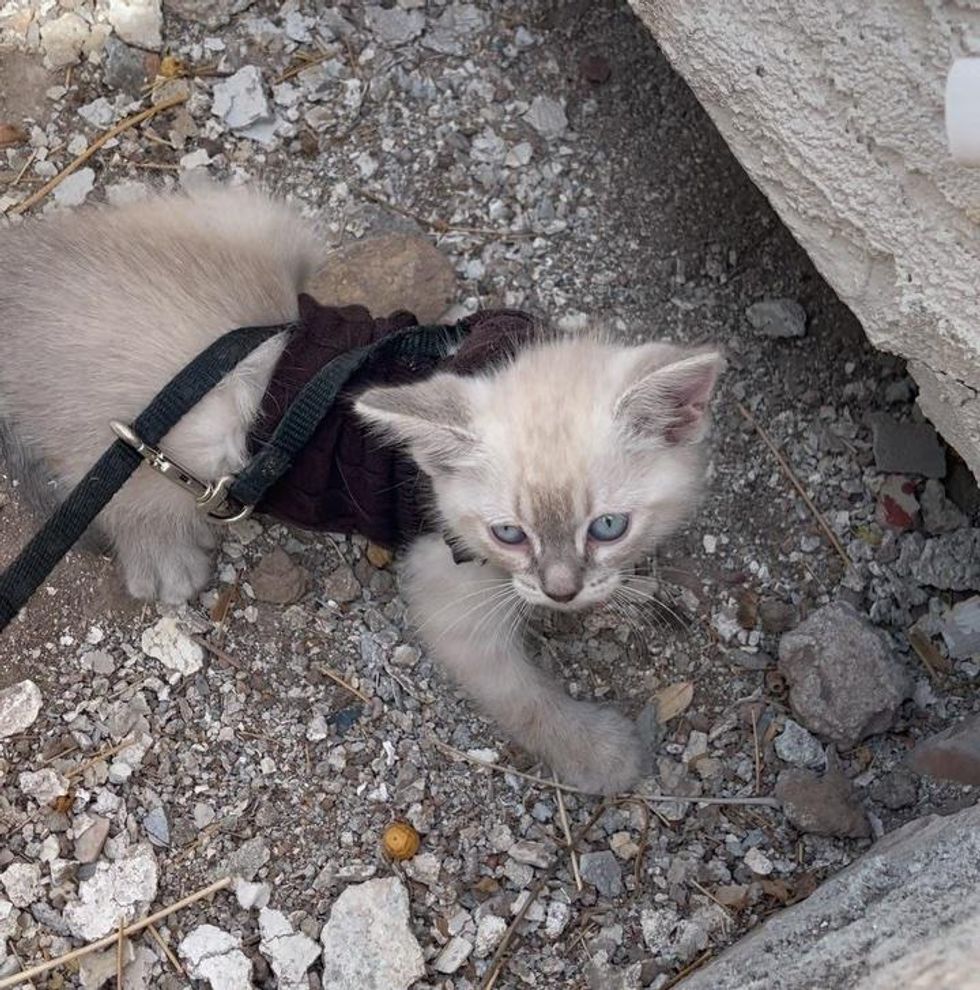 They tried everything under the sun (including audio sounds of kittens and cats) but nothing seemed to work. With the help of many volunteers and tips from fellow rescuers, they decided to bring Arnie along to help coax her sister out. “I let Arnie stand right at the opening of the hole and when the sibling came out, I grabbed her.”

It took a village, but they got all three kittens and even found the feral cat mother and had her spayed and vetted. 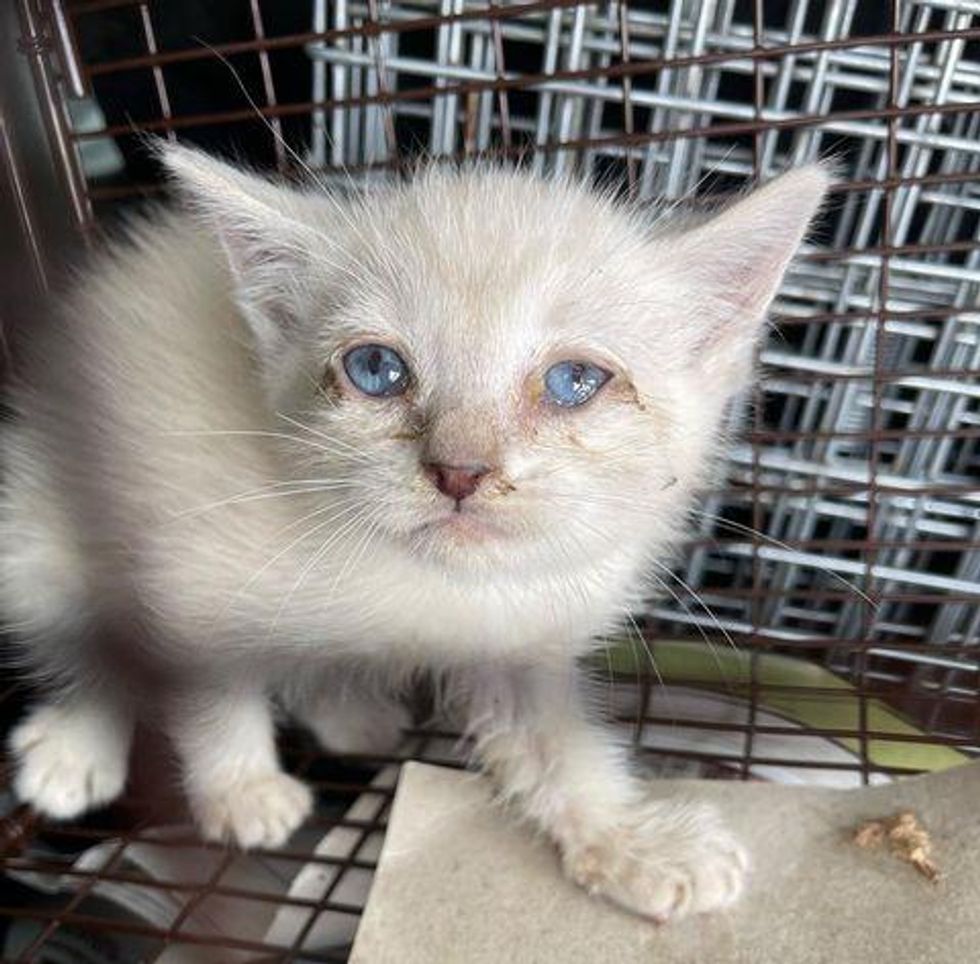 The third kitten, Jae, was scared at first, but after getting the gunk out of her eyes and filling her belly with good food, she quickly settled into the comfy indoor life.

Watch the kittens and their journey in this video:

Three kittens and their journeywww.youtube.com

Dani was reunited with her two sisters after a few days at the hospital. They guzzled down the food as a trio before snuggling into a pile for a power nap.

In one week, Dani put on 2.4 ounces, a big jump for a tiny kitten her size. Having her sisters around motivated her to eat more and make her feel constantly loved. 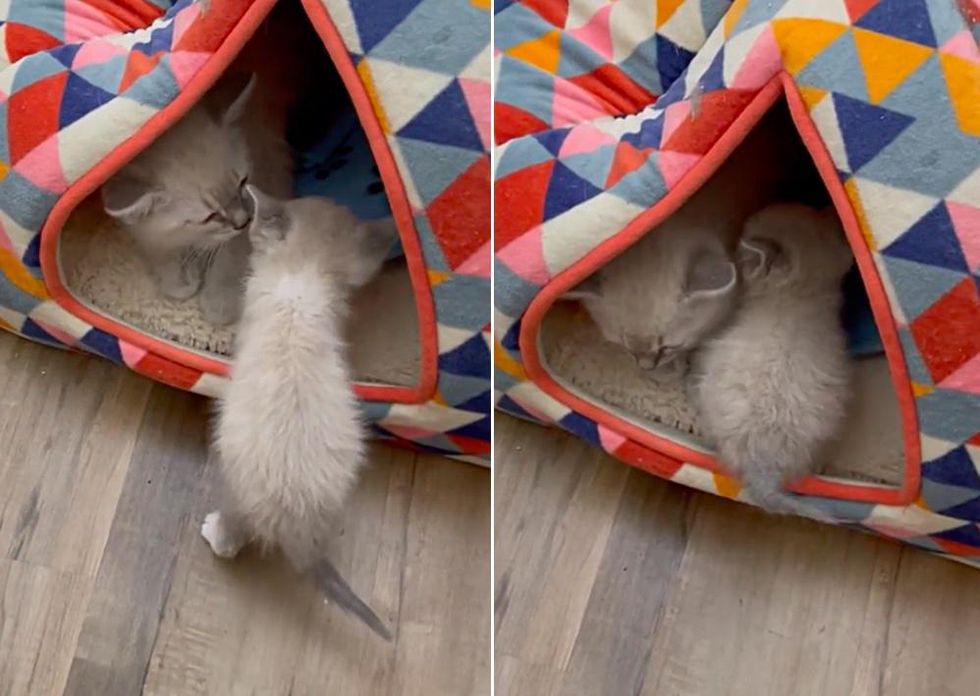 “Arnie is the largest and most playful. There hasn’t been a toy she didn’t like. Jae is the snuggle-bug of the bunch. She purrs the minute you pick her up, and is the first one to run to me for cuddles when I walk in their room,” Nikki wrote. 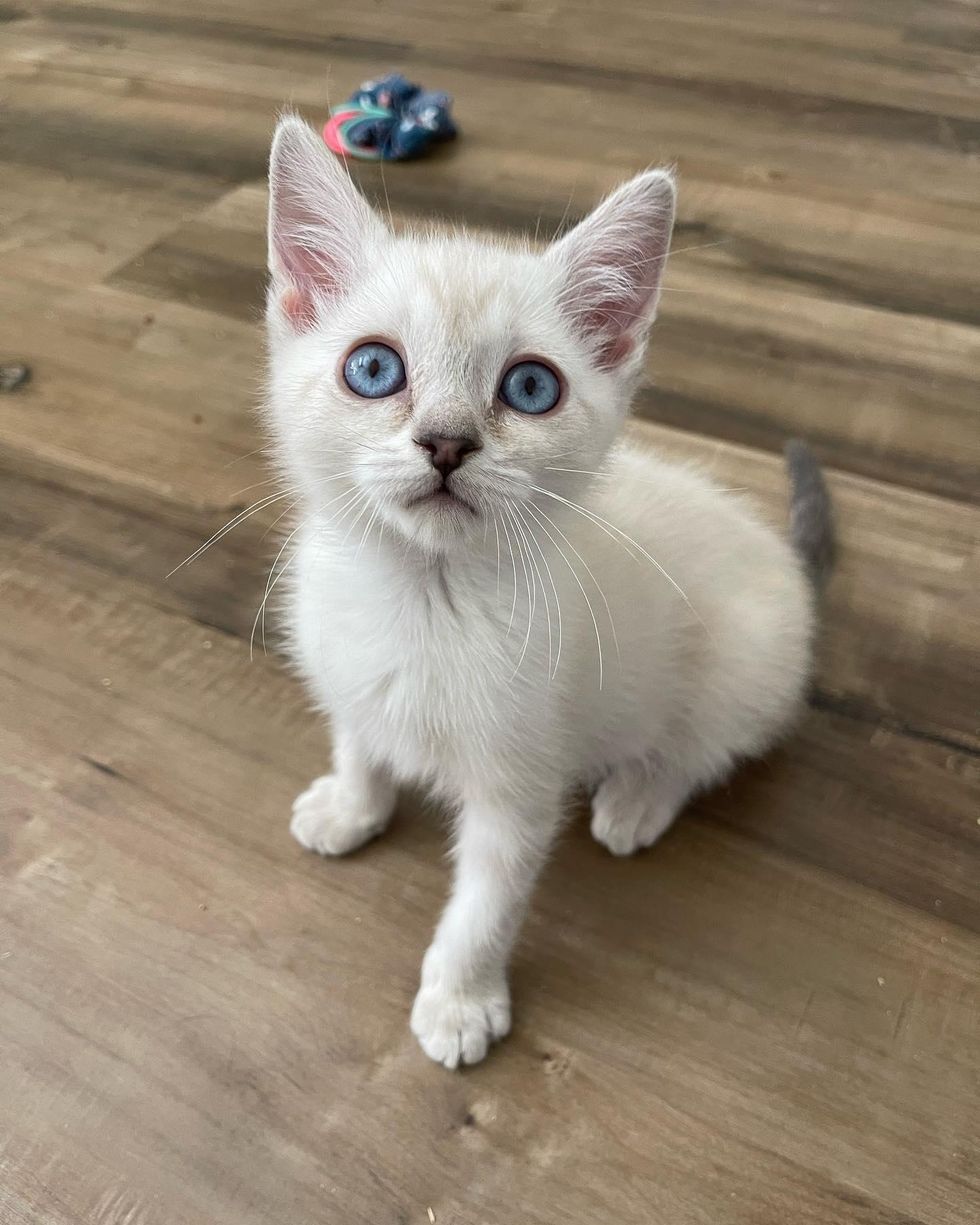 “Dani is our sweet, special girl. She enjoys climbing up to the top of the scratcher and watching her sisters play from above. She’s developmentally different from her sisters. She is growing slowly, but growing.” 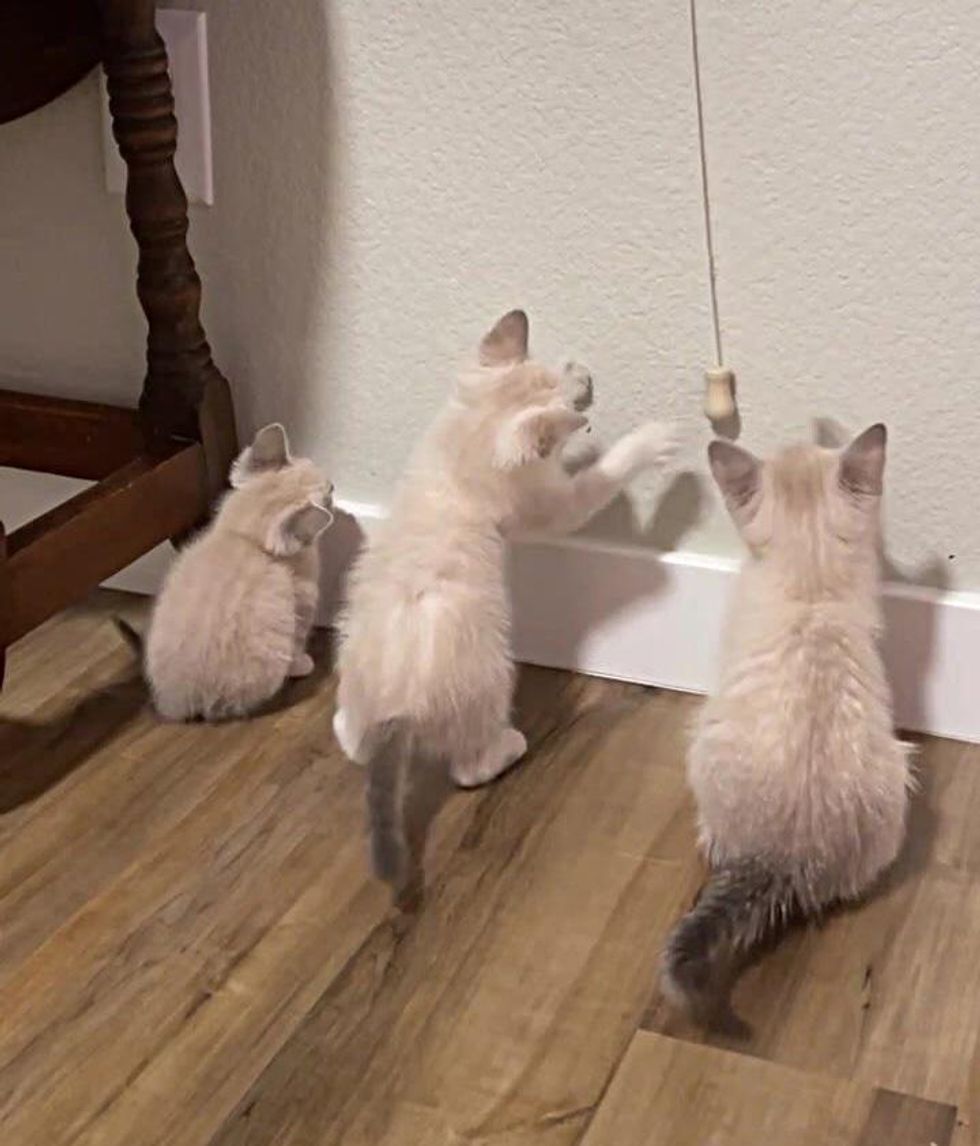 When Dani reached the one-pound mark, Nikki and her whole family threw a party to celebrate her big milestone. The three kittens are thriving in foster care—a stark contrast to the life they once lived under the house. 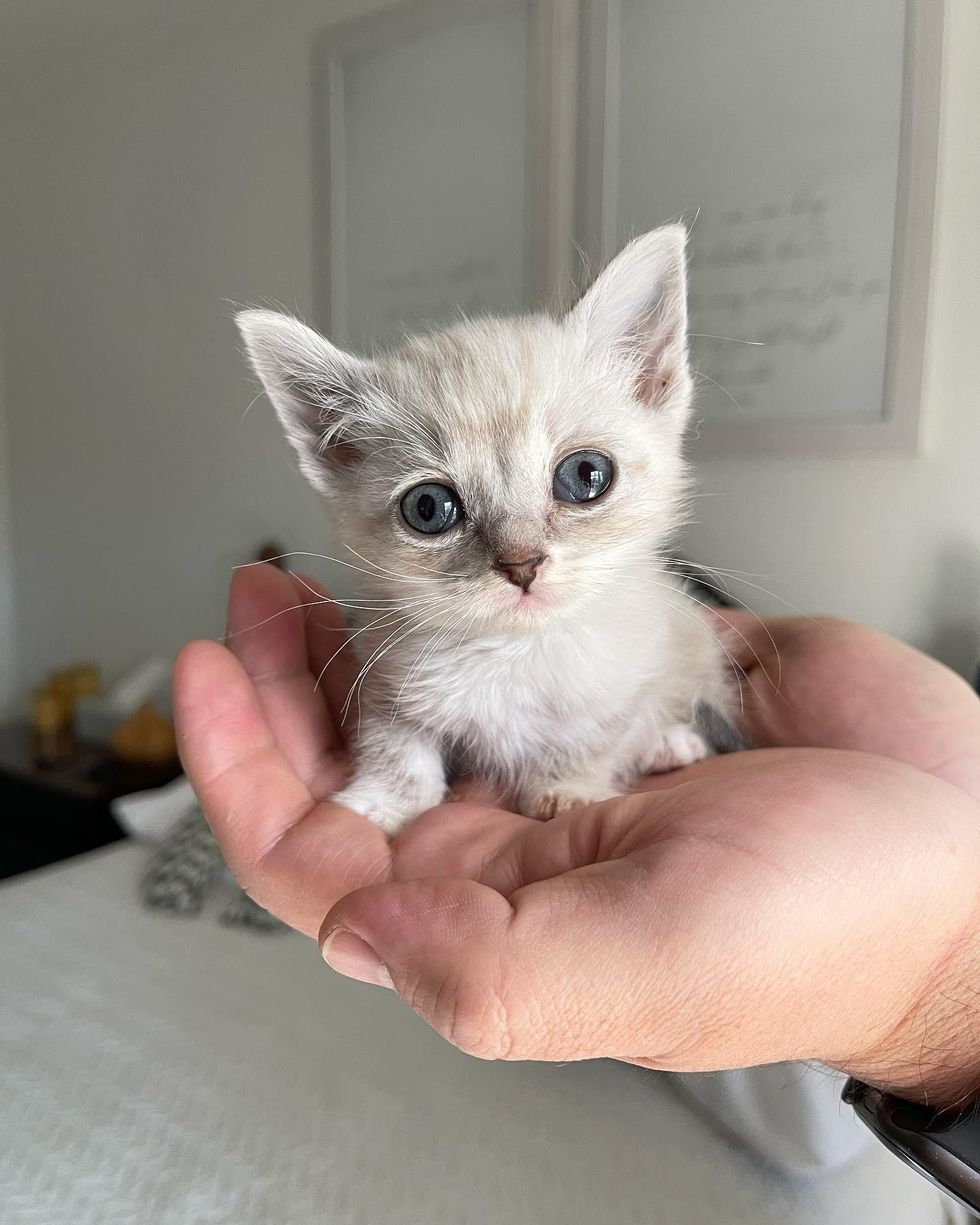 Dani is still the smallest of the trio, but she is determined to grow big and strong. She watches Arnie and Jae play and tries to follow in their paw-steps. 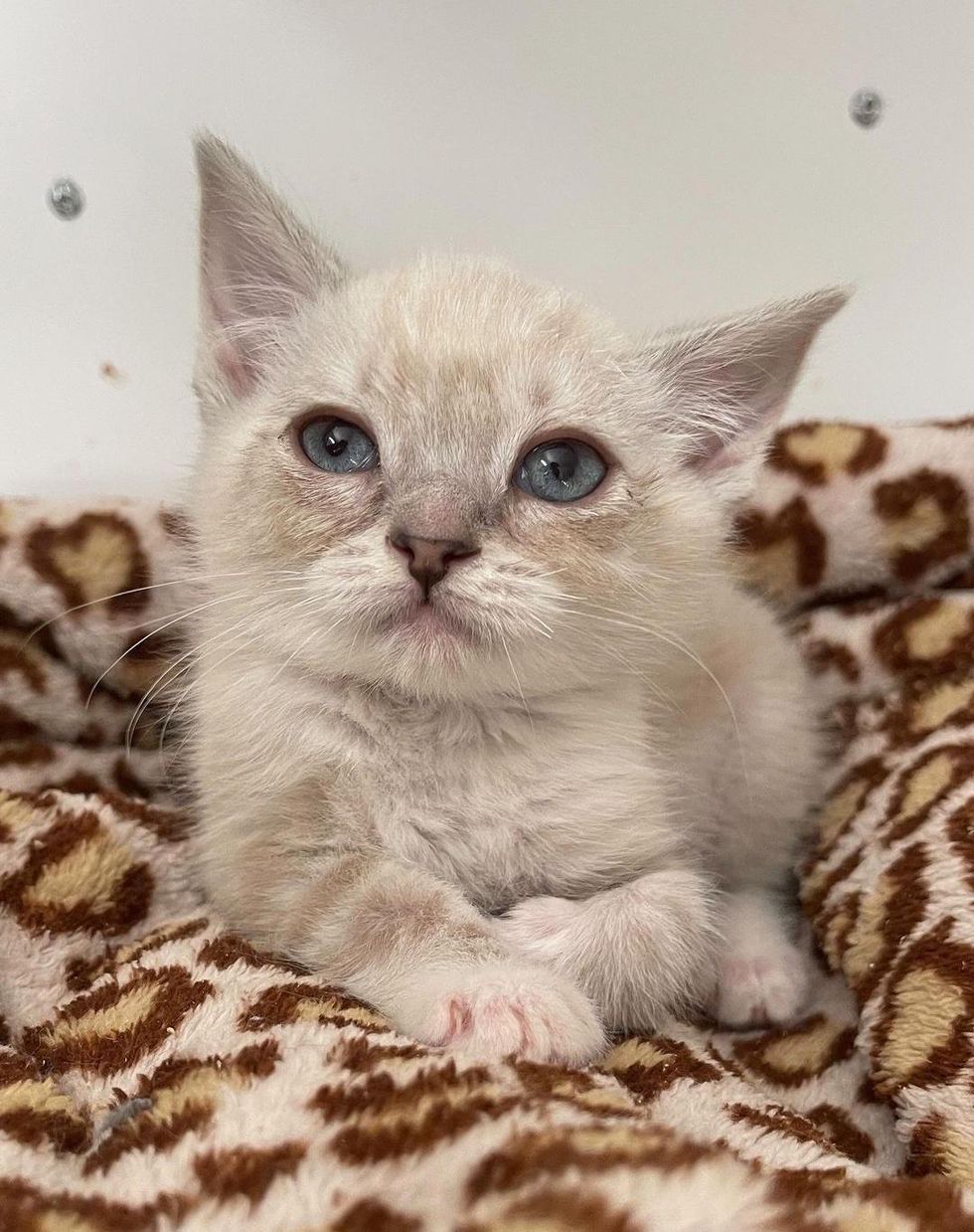 Related story: Orphan Kitten Goes from Hiding Under Blankets to ‘Roaring’ for Attention and Melting Hearts

Our pets as the 2022 Seattle Mariners

Top Pastoral Dogs: These are the UK’s 10 most popular breeds of adorable pastoral dog – including the loving Border Collie 🐶

Rescuers Pull Off Something Amazing To Save Drowning Cat

Top Pastoral Dogs: These are the UK's 10 most popular breeds of adorable pastoral dog - including the loving Border Collie 🐶

Pair of bulldogs abandoned and tied to a bush