Kittens, so small and brave, decided to grow strong together as they journeyed their way to a good home.

Buddy and Walter, feline brothers, were surrendered to Cat Adoption Team (CAT) in Sherwood, Oregon, in mid March. At ten weeks old, they were just the size of a 5-week-old kitten.

They came with two other siblings who were big enough to be adopted out. “Buddy weighed 1.1 pounds and Walter weighed 0.88 pounds, whereas their siblings were 2.5+ pounds,” Laura, a foster volunteer of CAT, shared with Love Meow.

Laura and her daughter Cassidy welcomed the two boys and their cat mother, Sheba, into their foster home. “We could tell right away that something was off with the boys.” 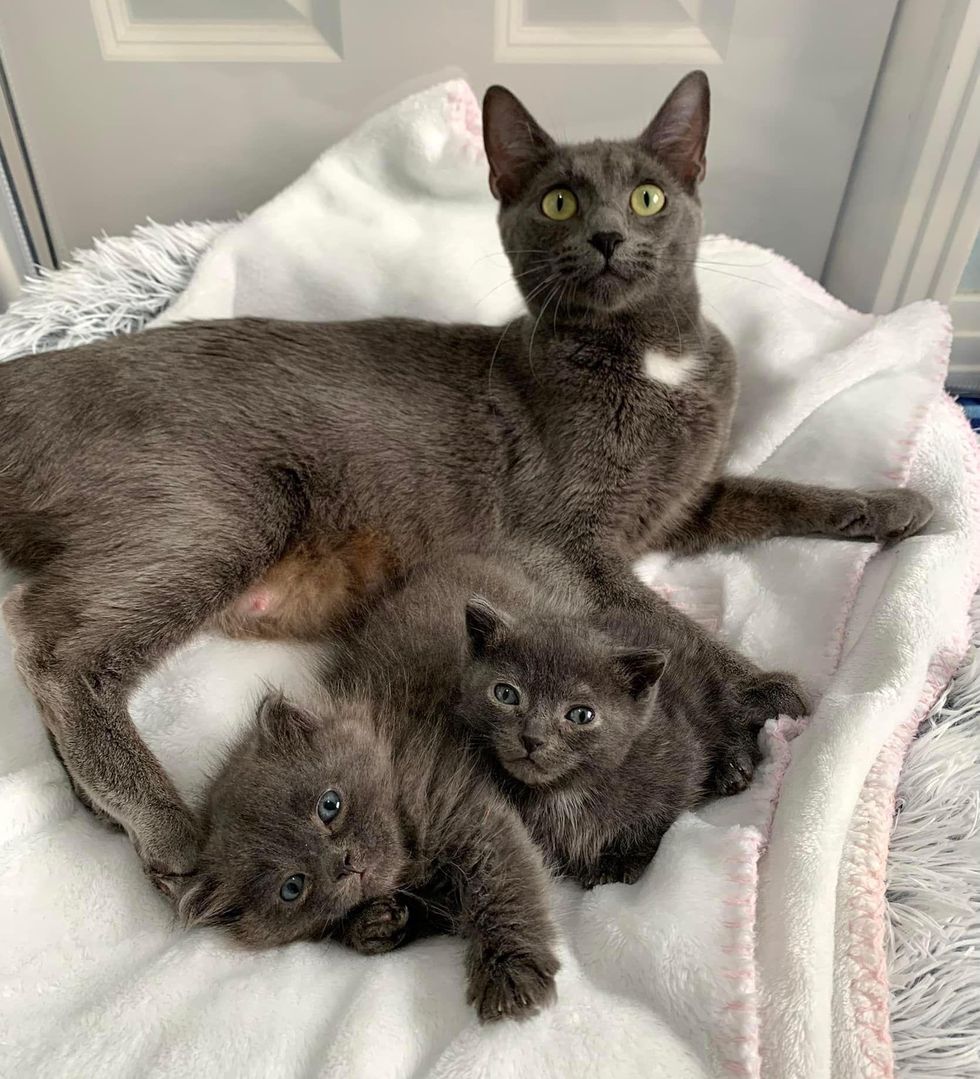 The brothers were not very active upon arrival, always seemed knackered, and had trouble pottying in the litter box. With a vet visit, they were able to determine that both kittens had a rare condition called congenital hypothyroidism.

“It is not common in young kittens and a first for CAT. They had very low T4 hormone levels and had stopped growing around the age of five weeks,” Laura told Love Meow. 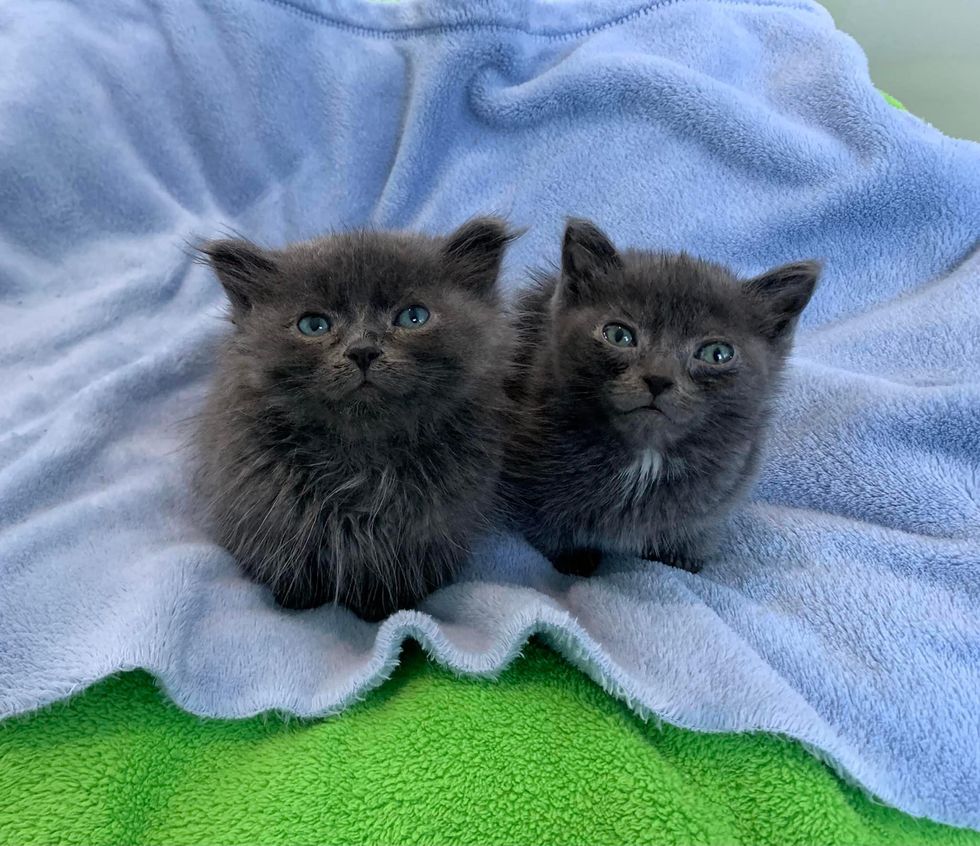 Buddy and Walter were put on medication while they were given supportive care, including fluid therapy and two acupuncture sessions. For the first couple of weeks, the two spent majority of the time in their bed, trying to heal.

“It was a very scary time because we didn’t know if they would make it.” 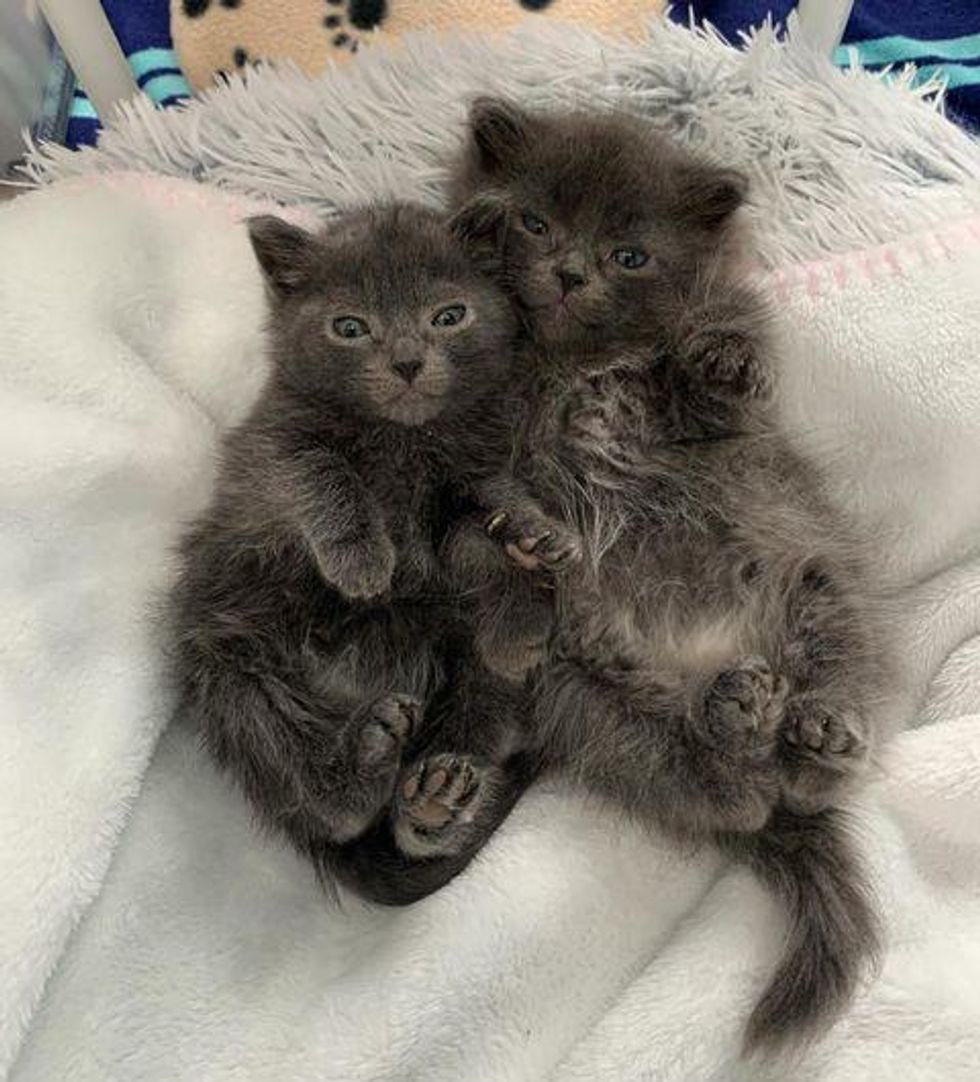 Laura and Cassidy continued to provide the best care possible for the two boys, who comforted each other throughout the challenging time. “Things started to turn around after they’d been on the thyroid medication for a couple weeks.”

About a month into foster care, Buddy and Walter’s playful side finally emerged, and they were starting to act like kittens. 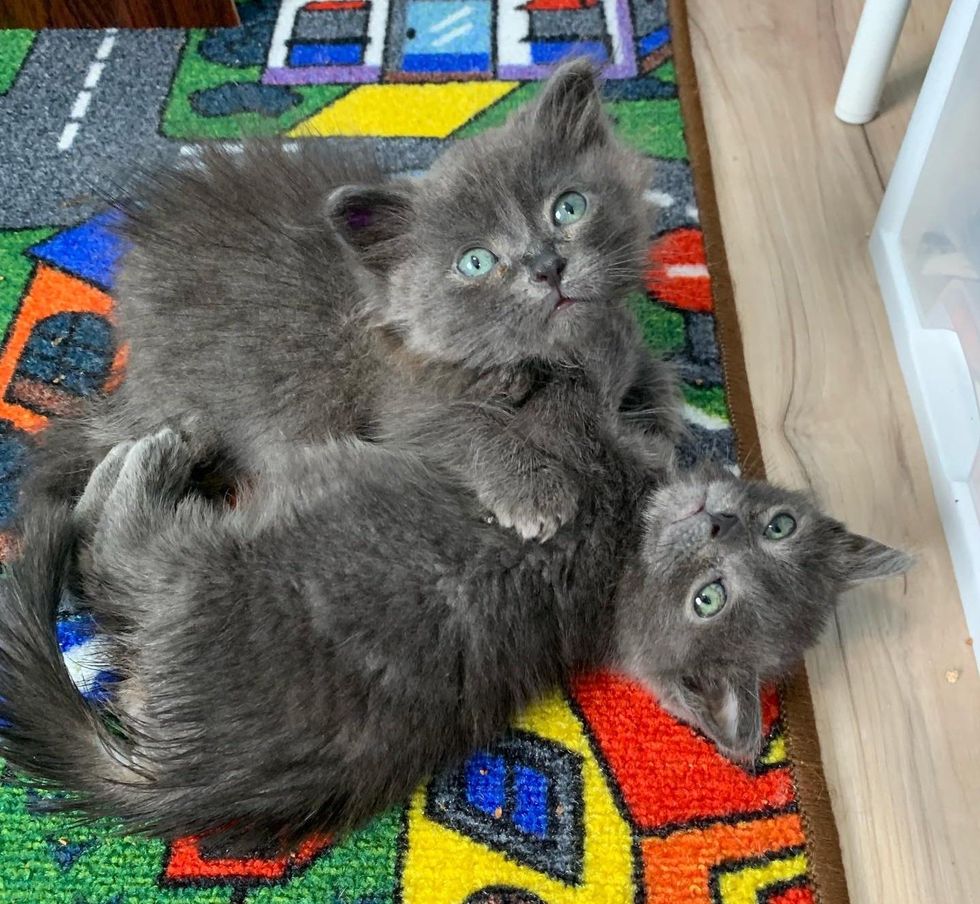 With their new-found energy, the brothers became increasingly inquisitive about their surroundings, and waddled out of their nest for an excursion around the room. They even approached Apollo, the resident cat who towered over them, for a meet-and-greet.

Watch Buddy and Walter in this cute video:

Buddy and Walter the kittenswww.youtube.com

The boys may not be the most adept jumpers, but they are excellent at wrestling and creating mischief as a duo. They play their hearts out before sinking into a sound slumber, wrapping their arms around each other. 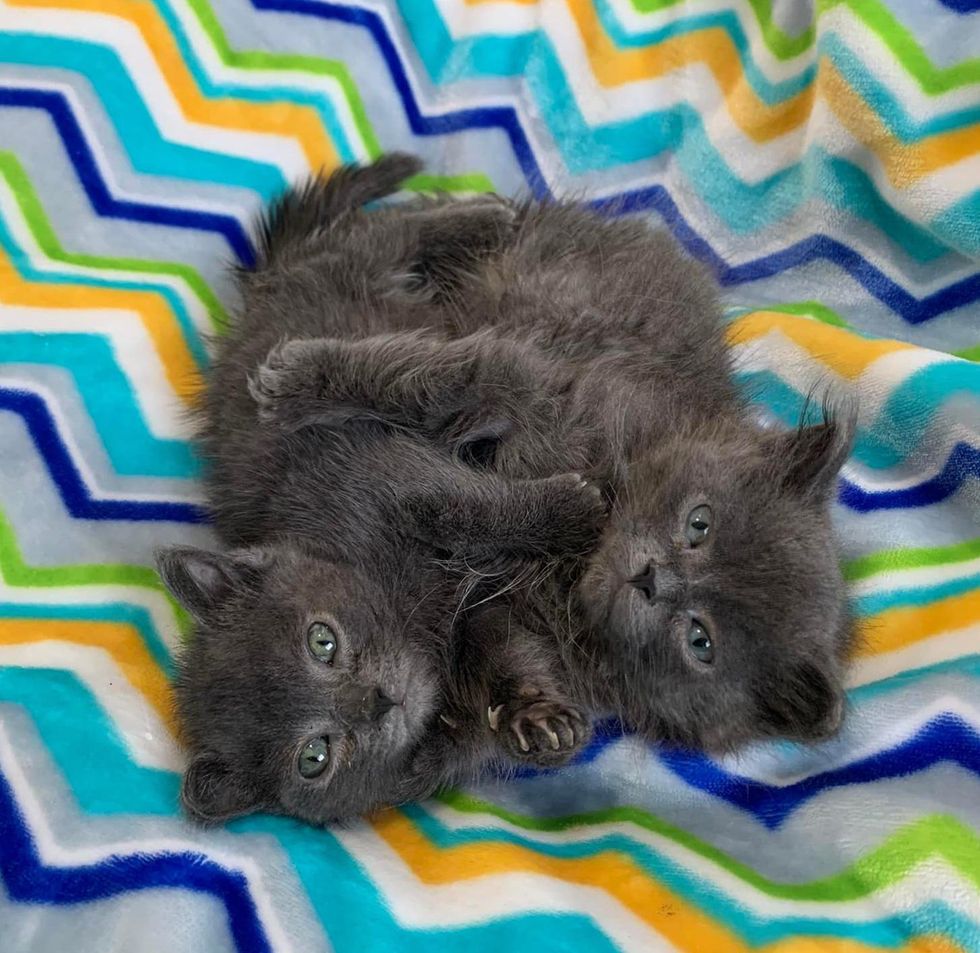 The kittens are about four months old and have doubled in size. They are still miniature for their age, but so brave and confident as they take on the world together in stride.

“They are playing and acting like your average kitten, although they are developmentally behind their actual age,” Laura added. “They love to groom each other, sleep and play together. You may even see them riding around on the vacuum cleaner.” 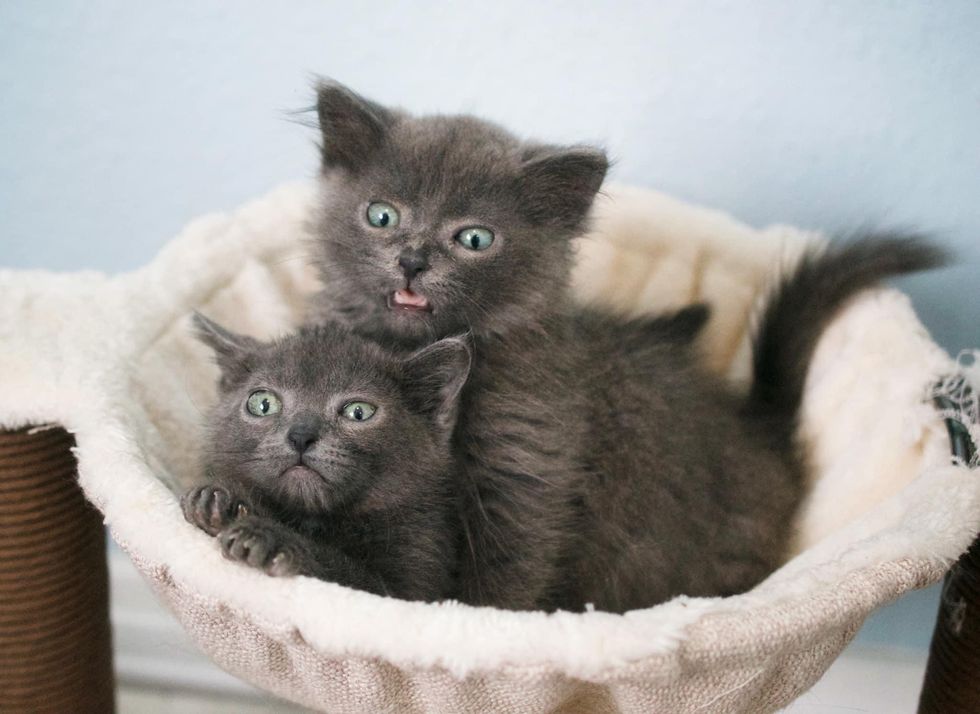 Mama Sheba and her two larger kittens have found their forever homes. “Buddy and Walter will be neutered in about ten days, and they are pre-adopted and going to a wonderful home together,” Laura shared with Love Meow.

“Their adopter has fostered, and has experience with cats with medical issues. She and her family are ready to provide everything the boys will need. They will be on thyroid medication for life, but should grow to be the size of an average cat.” 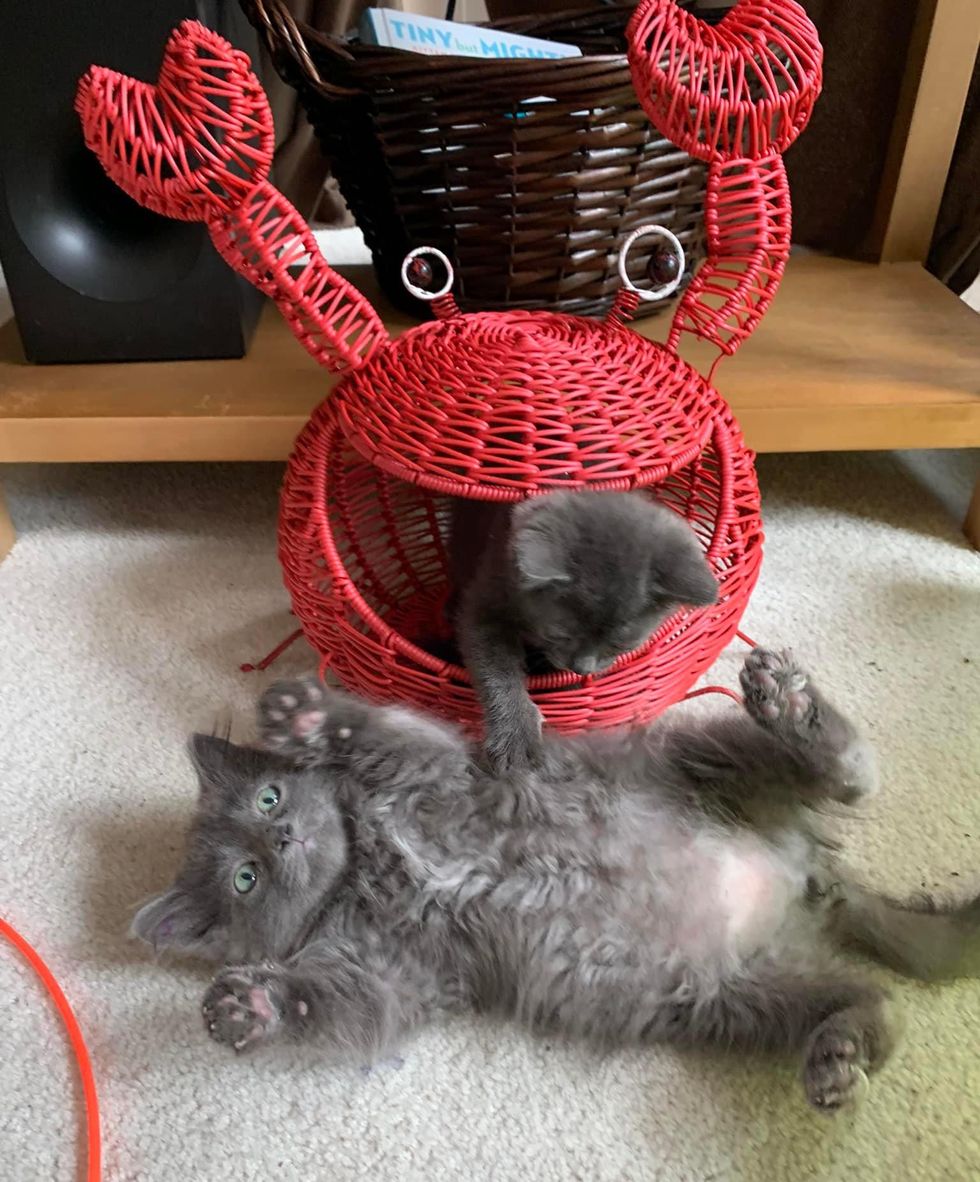 Buddy and Walter have traversed their foster journey as a bonded pair. Despite all the odds stacked against them, they’ve forged on and triumphed with the help of a loving family.

“We are so happy they will be able to grow up and grow old together.” 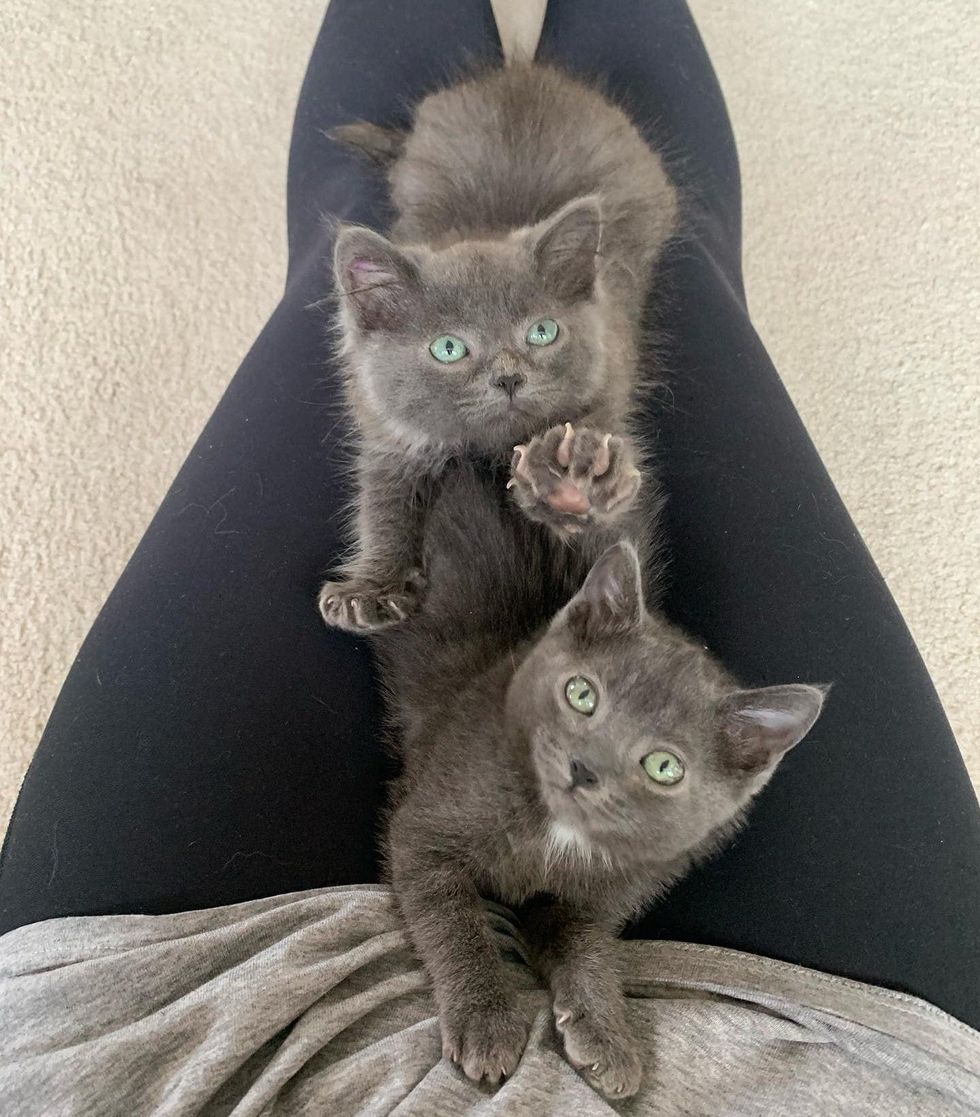 Related story: Kittens Who Waited Outside for a Chance at a Warm Home, are So Happy to Be Back Together

James Middleton Opens Up About Telling ‘Darkest Thoughts’ To His Dogs

Can you spot the cat hiding in the garden?

3-Month-Old Caribou is One Happy Pup! But, She Needs a New Home

Kitten That Looks Like a Gremlin Has Internet Obsessed: ‘Adorable’