A devastating attack where a Ramsgate nan’s  dog lost his eye has prompted her to launch a petition demanding pet owners are made responsible for their animal’s actions.

Rebecca Chapman, from Ramsgate, says she is appalled that her one year old Shih Tzu Rupert can be left with such a horrific injury while the owner of the other dog – which she says turned on Rupert and clamped his face in its jaws – can walk away with no consequences.

The nan-of-three, from Ramsgate, took Rupert for his walk on Ramsgate beach last Thursday (September 9) and says she was about to scoop Rupert into her arms after spotting the  Staffie dog when the owner said his pet was fine with other dogs. 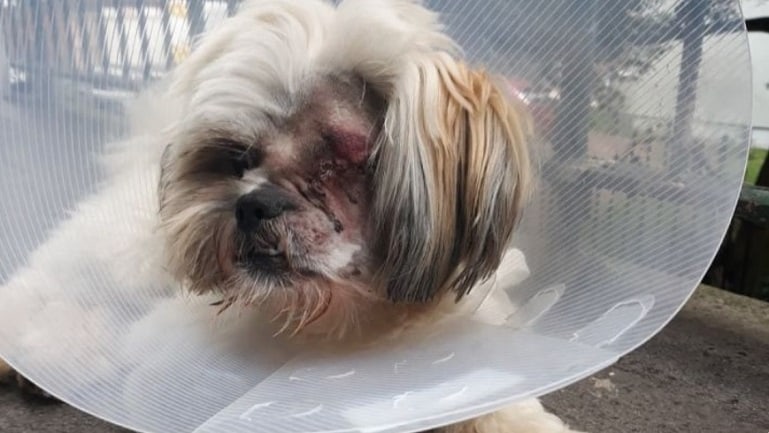 The 47-year-old said: “The dog pinned Rupert on the floor, locked his jaw on him and his eye went. I picked Rupert up and I was screaming and shouting.”

Rebecca says the other owner would not give his details and said the attack happened because Rupert was being a nuisance – something Rebecca denies.

Rupert was taken to Thanet Vets but sadly his eye could not be saved.

Rebecca says her family tracked down the other owner but there has been no resolution.

She said: “My petition is about making owners accountable. It is not aimed at a single type of dog because this is about the owners not the dogs.

“Owners have got to take responsibility and should not be able to just walk away from these attacks.

“If he had broken my laptop he would be responsible. It is not fair that dogs are just seen as possessions. This just can’t keep going on.” 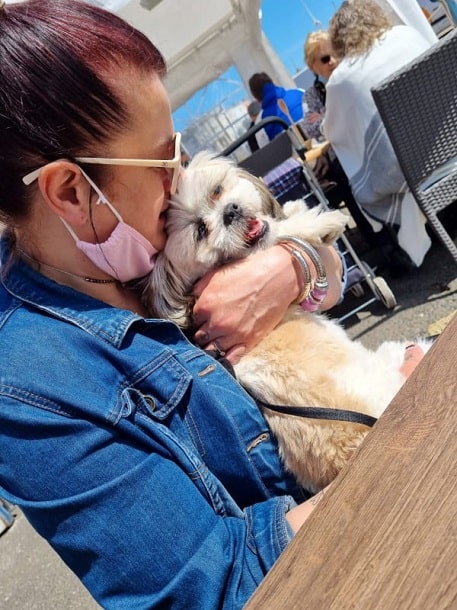 Rupert is recovering and Rebecca says she has been able to take him out. However, he has not been eating well and is quite shaky.

She said: “I don’t know if he will need any therapy but he has been a little marvel. Some people said we are lucky but it isn’t lucky because it shouldn’t have happened in the first place.”

Rebecca has reported the incident to Kent Police but it is not clear what action can be taken.

Under the Dangerous Dogs Act  it’s illegal for a dog to be ‘out of control’ or to bite or attack someone. The legislation also makes it an offence if a person is worried or afraid  that a dog may bite them. It does not, however, cover attacks on other animals.

Rebecca said: “Our dogs are not possessions, they are family members. If this had been a child, how different the outcome could have been.

“My Rupert now has to live his whole life with one eye while this owner and his dog can walk around as if nothing has happened.”

A gofundme has also been set up for Rupert which Rebecca says she hopes will mean she can put money aside for use by other pet owners who may find themselves in the same position.

A Kent Police spokesperson said: “Kent Police was contacted on Thursday 9 September and it was reported that, shortly after 8.30am that morning, a dog had bitten another dog near Marina Road, Ramsgate.

“Officers have carried out enquiries into the circumstances and no criminal offences have been identified.”

Sidcup mum marries her cat so the pair can live together

Arlington family rejoices at the return of missing pug

Arlington family rejoices at the return of missing pug