Barely a fortnight old, the two pups will be inducted into the team after being formally trained to sniff or detect narcotic substances 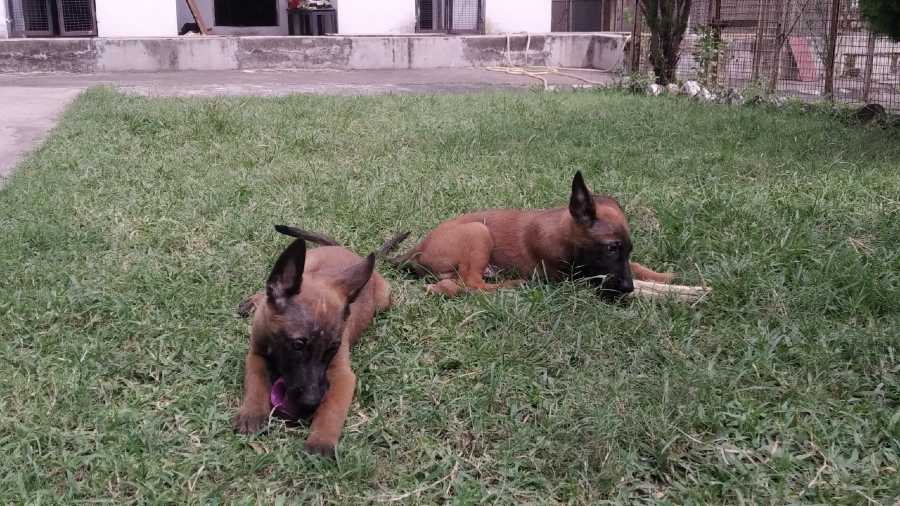 Belgian Malinois puppies at RPF’s kennel at Kitadih in Tatanagar on Tuesday.

Tatanagar’s Railway Protection Force (RPF) kennel which had a lone Labrador sniffer, looks all set for some action, with the unit inducting two puppies on Tuesday.

Many believe that the kennel, which had been lacking both in action and charm will soon be hustling with life.

With the arrival of the Belgian Malianois puppies from Kharagpur, the number of inmates in the kennel will be boosted to three. Belgian Malinois species are considered to be most dependable and effective for any dog squad.

Speaking about the new inducts, Sanjay Kumar Tiwari, inspector, Tatanagar RPF post, said, “Despite being sanctioned to have a three-member dog squad, we till date had a lone dog.”

“The Belgian Malinois puppies are just a fortnight-old. After these puppies are trained, they will be inducted into the squad,” said the RPF inspector while talking to The Telegraph Online.

Shushil Kumar Mahanta who is an RPF staff and the handler for the squad said the training of these puppies will begin only after they turn five months old. Following which, a slot would be booked for their training at the dog training center.

The handler also pointed out that unlike a labrador or a German Shepherd that are trained for the dog squad, Belgian Malinois happen to be very aggressive. He added that the puppies could be trained for tracking, sniffing or detecting narcotics.