A former stray cat couldn’t stand other cats but was smitten the minute he met a kitten.

A 4-year-old cat showed up in a neighborhood (over a year ago) scrounging around for food. He was rough around the edges and just skin and bones. The finder was able to take him in after months of earning his trust.

She brought the cat to safety and took him to the vet. They couldn’t find an owner and reached out to Sparkle Cat Rescue for assistance. Because he arrived around Valentine’s Day, they lovingly named him Romeo.

After getting him neutered and fully vetted, Romeo began to socialize in a foster home and hoped to find a “lifetime of love”. 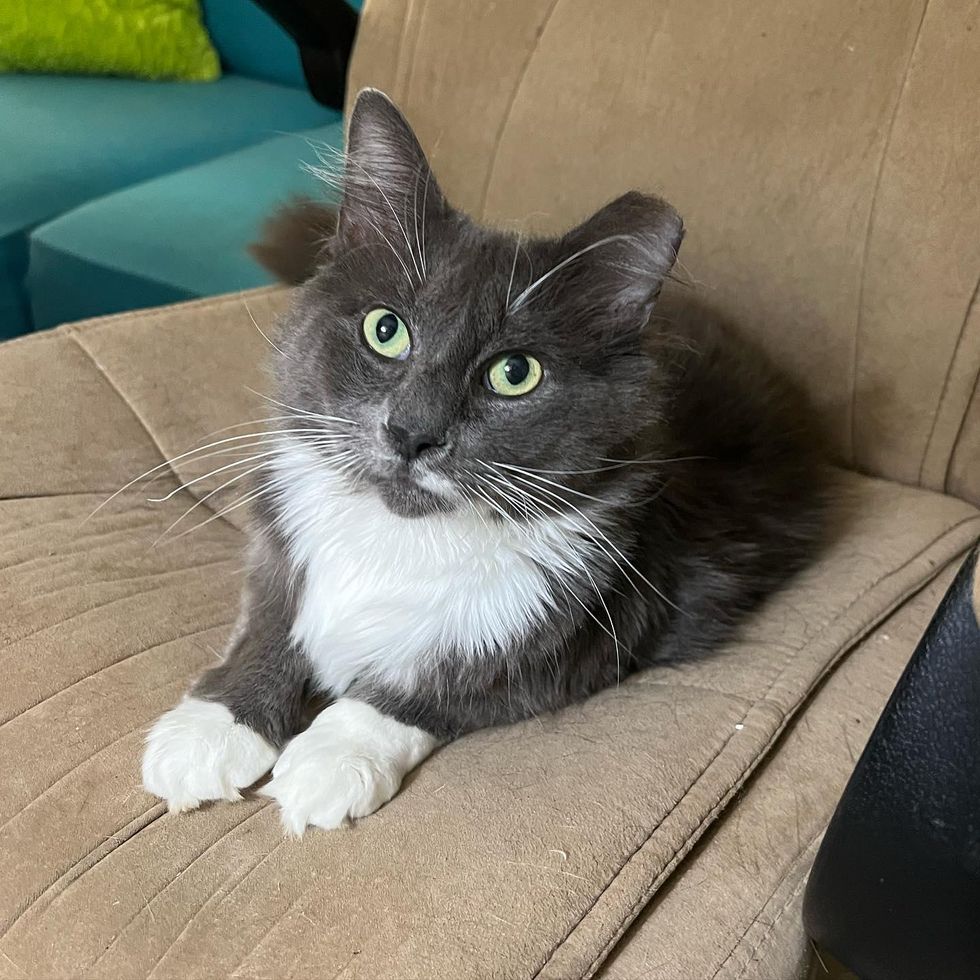 He lived outside as a tomcat until he was rescuedSparkleCatRescue

After living and having to fend for himself in the outdoors, Romeo ended up testing positive for FIV.

“FIV cats can live in the same home with non-FIV cats as long as they get along. He’s a chunky fella thanks to the kindness of the lady and her neighbor who have been watching him the last few months,” Sparkle Cat Rescue shared. 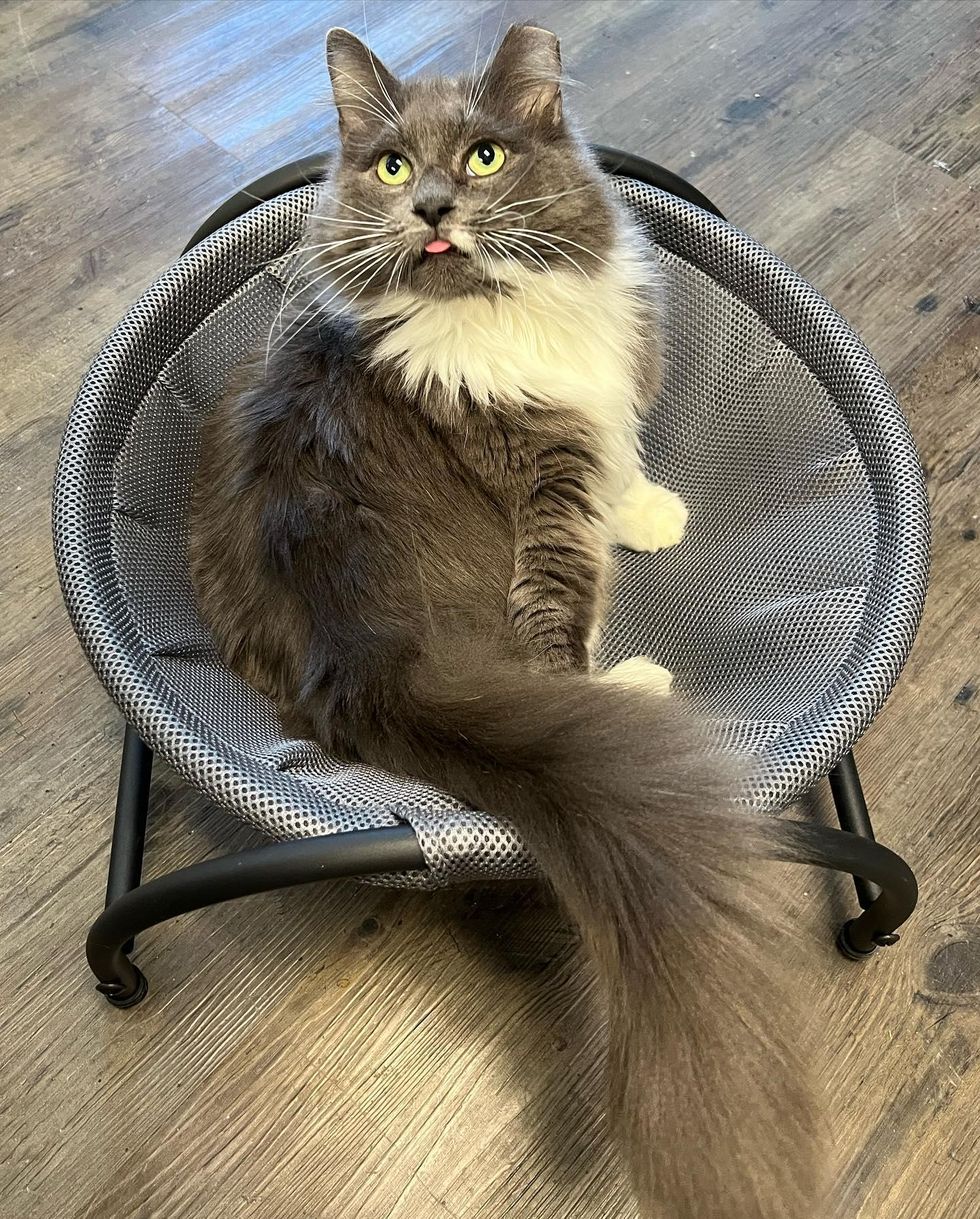 Romeo doesn’t like most other cats but adores peopleSparkleCatRescue

Romeo quickly embraced life as an indoor cat. He would seek undivided attention from his people and soak up all the love by hogging their laps. “He likes to be the center of attention and is the first to say ‘hello’ to visitors.”

It soon became clear that Romeo was not fond of other cats that tried to get in his space. 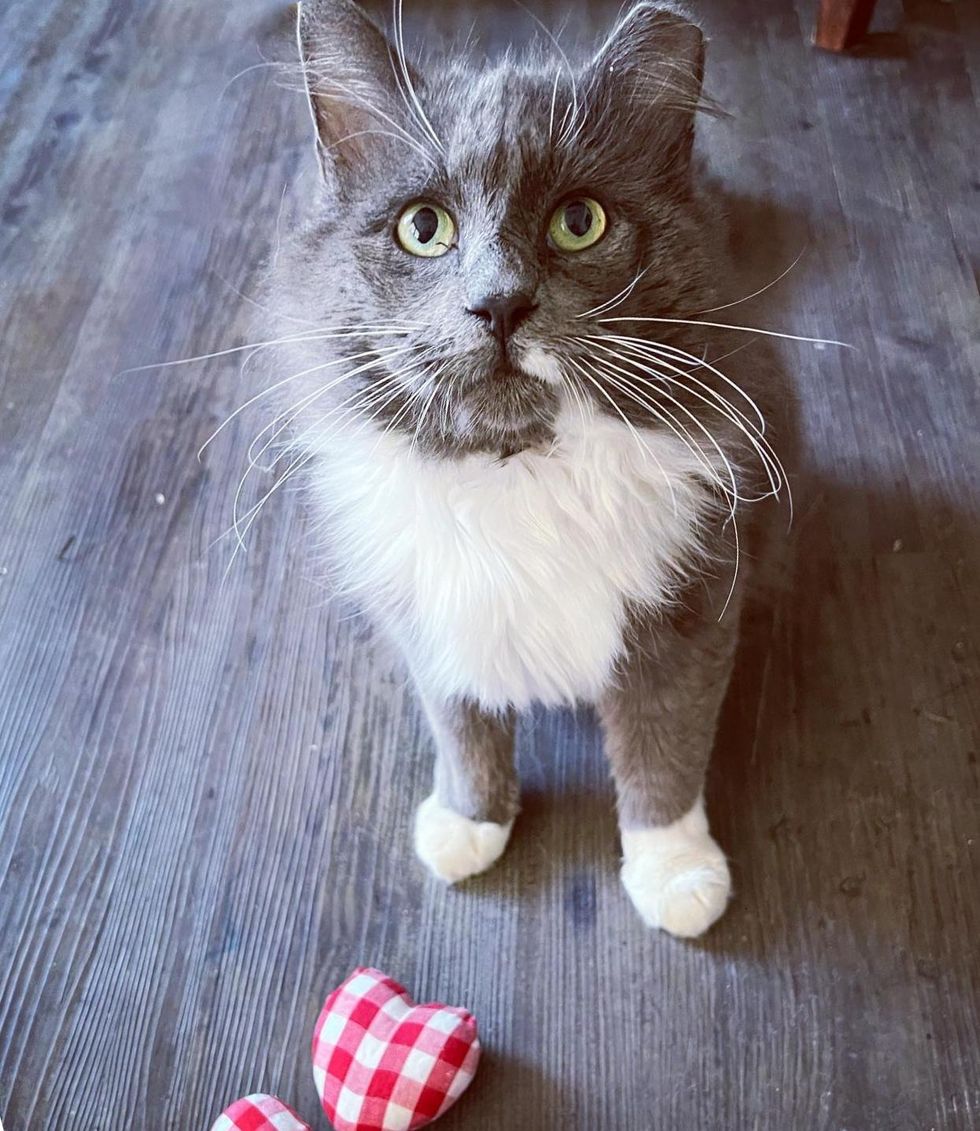 He is eager to find his “lifetime of love”SparkleCatRescue

He was adamant that they stayed out and would fight them as he would have on the streets. “He’s had a harder time finding a home because he doesn’t get along with all cats, but he’s very affectionate with humans.”

Just when they thought Romeo would have to be the only cat in his domain, a kitten named Carmella came into the picture and changed the course of his life. 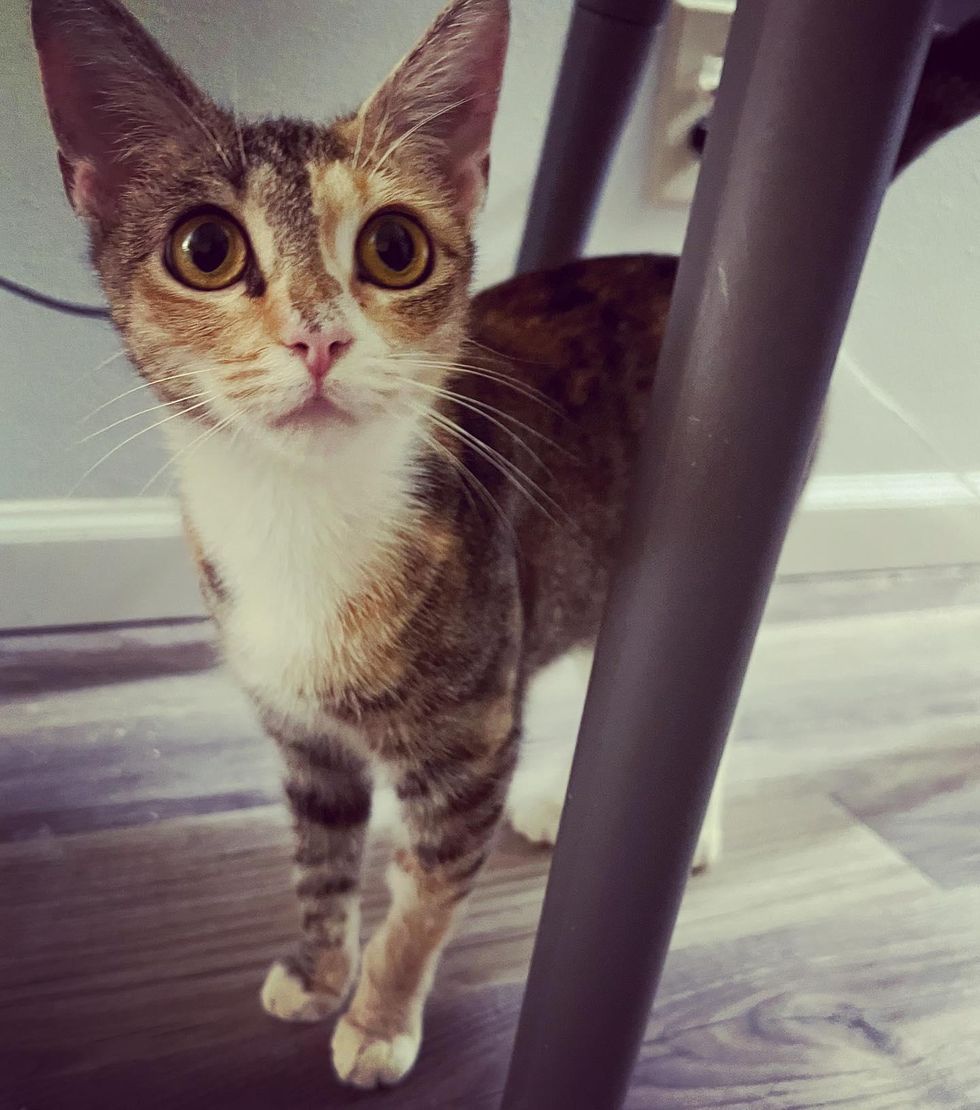 Carmella was under a year old when she was found as a stray at the patio of someone’s home. “She made herself at home there, and there was no luck finding an owner.”

Over the next few weeks in foster care, Carmella put on some much-needed weight and turned into a master “biscuit-maker”. 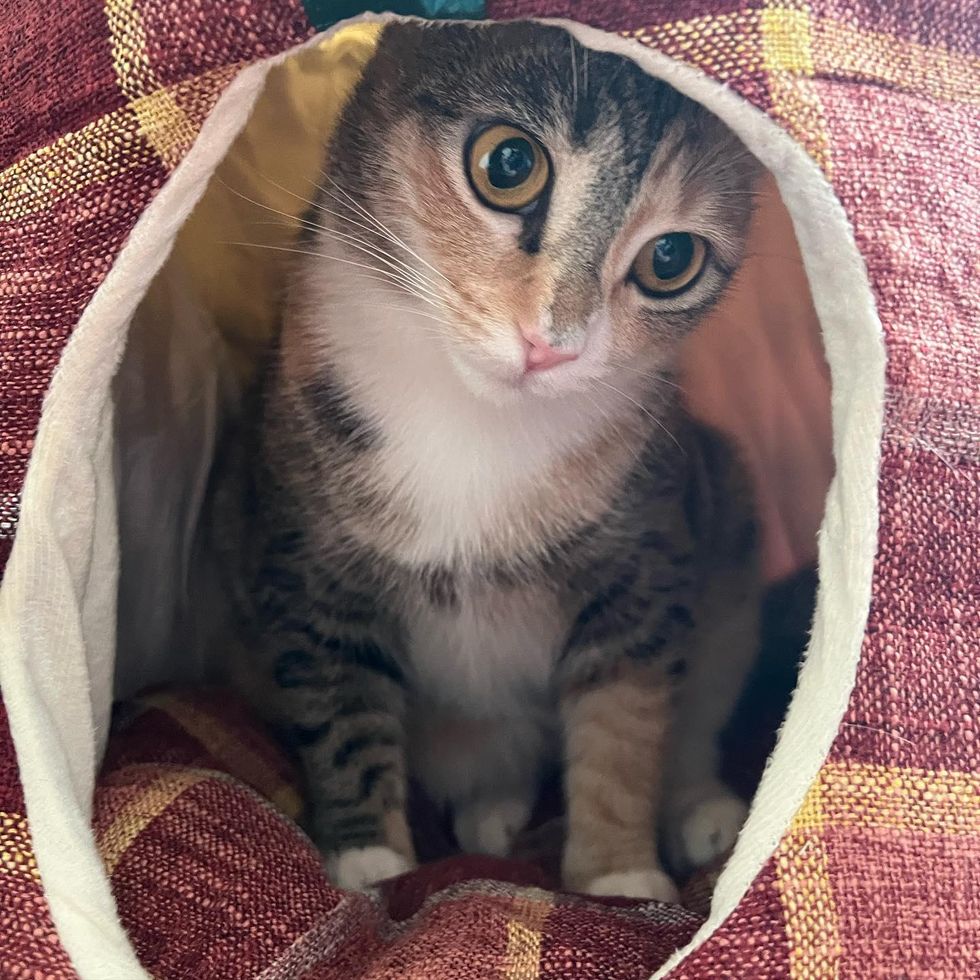 She was found on a patio as a straySparkleCatRescue

“She is a stunning, petite, affectionate kitty. She gets along great with all other cats. She will jump on your lap begging for pets and cuddles once she feels comfortable with you.”

One day, Romeo caught wind of the new foster and was intrigued. Carmella exuded confidence but didn’t try to get in his face or space. Then something incredible happened between the two. 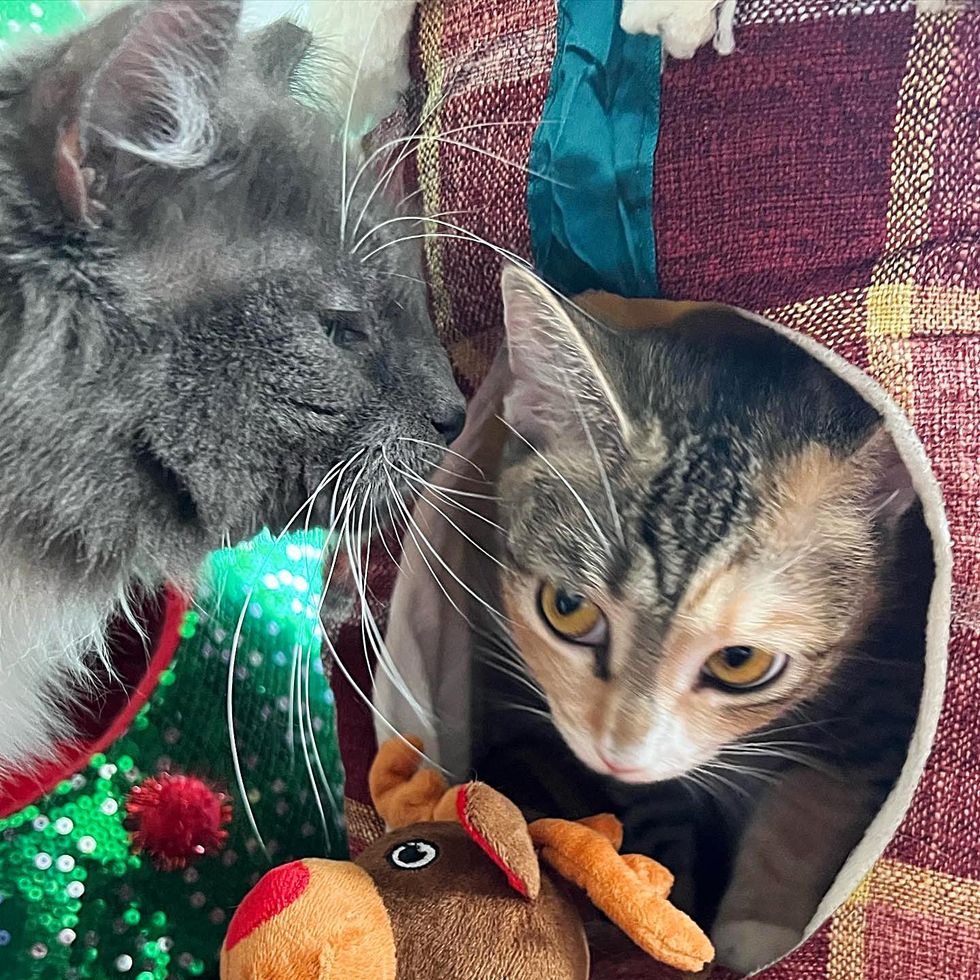 Romeo who couldn’t stand other cats, was instantly smitten with CarmellaSparkleCatRescue

“Romeo was smitten with Carmella from the minute he met her,” Sparkle Cat Rescue told Love Meow.

He didn’t ward her off, but encouraged her to play with him. He ran around the room trying to get Carmella to chase him back. “It was fun to see him getting along so well with another cat.” 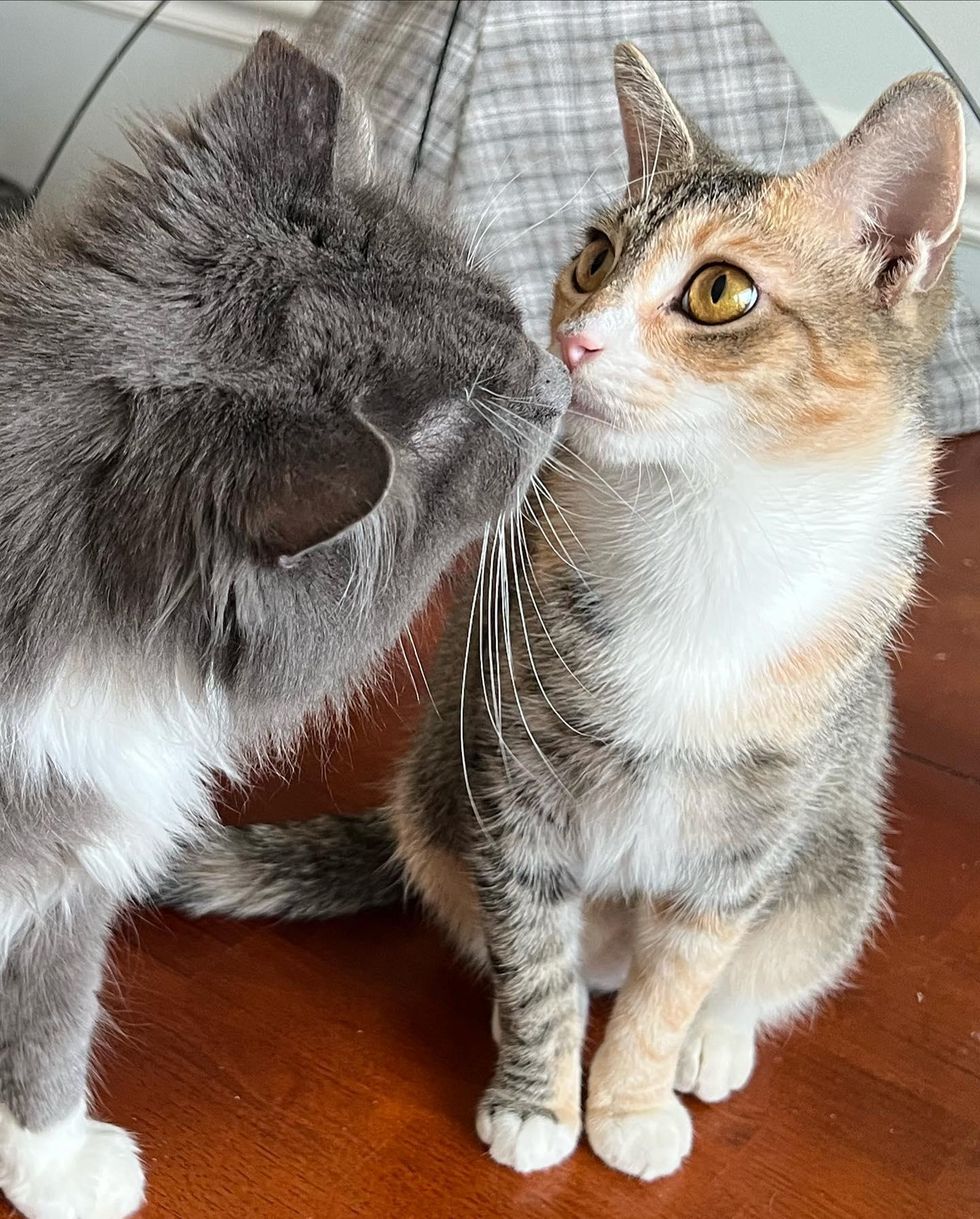 “Romeo has found his ‘Juliet’. He hasn’t cared for most other cats until he met Carmella. She’s got him kicking up his heels and acting all giddy running around chasing her.”

Romeo has taken quite a liking to Carmella. They are now an inseparable pair, adoring each other’s company. 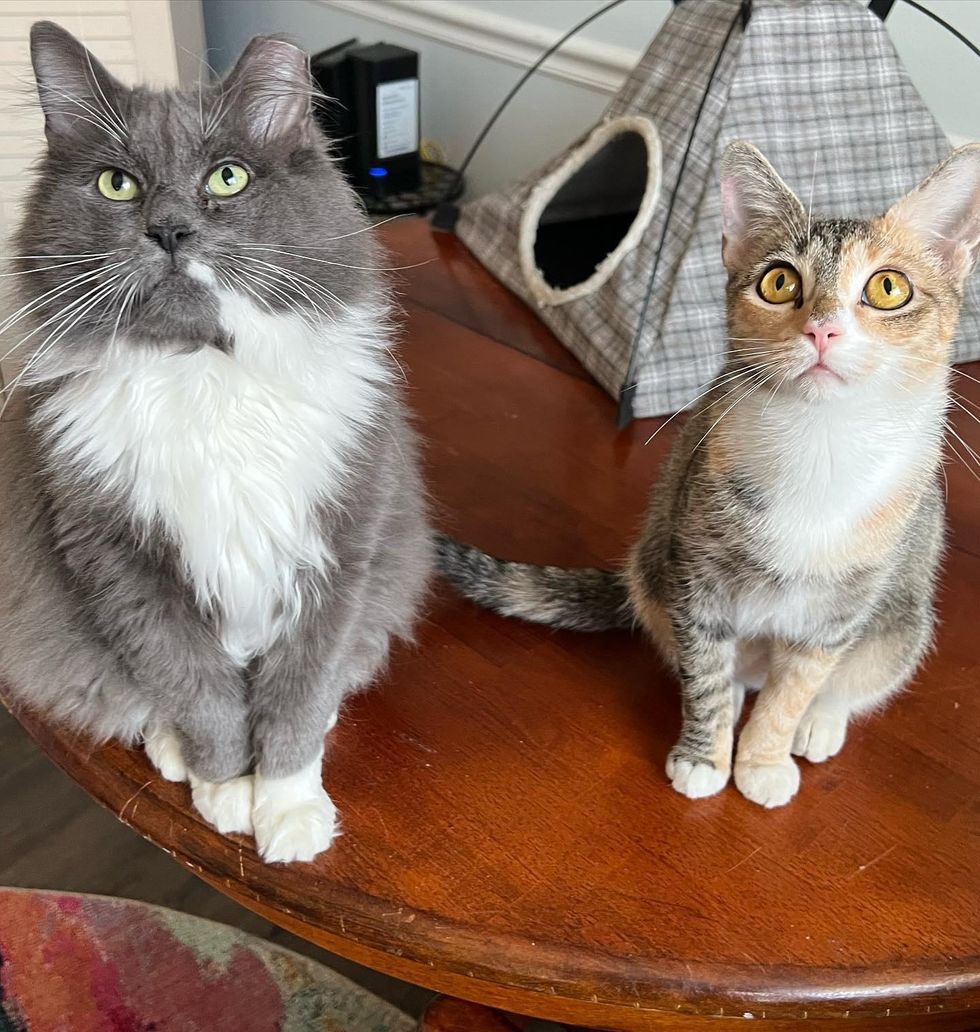 “She is the only cat he’s ever met that he gets along with. We’d love if they could be adopted together,” the rescue said.

“We think there’s the perfect home out there that wants two sweet kitties like them.” 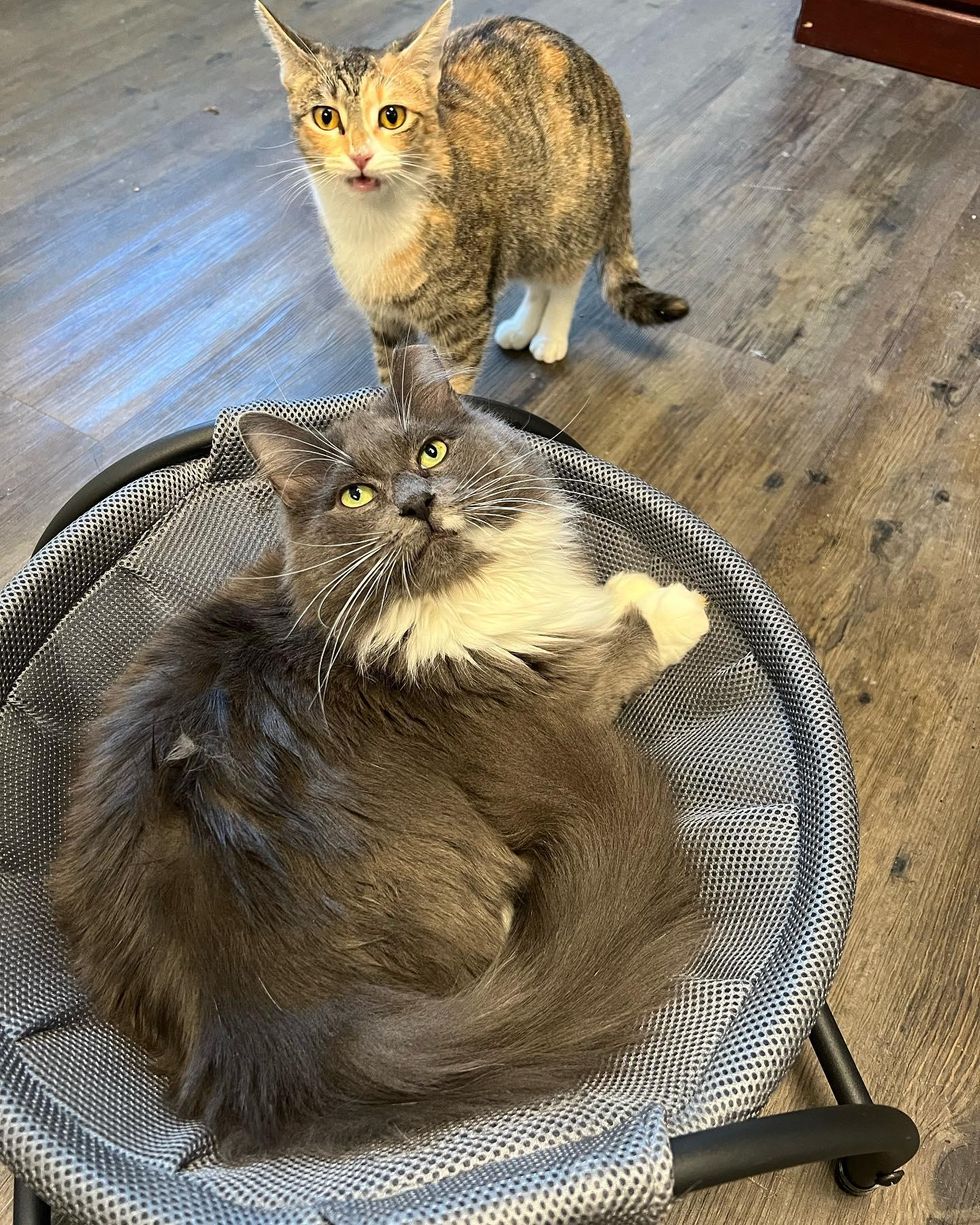 They keep each other companySparkleCatRescue

“Both are affectionate and loving with people, especially Romeo.” Whoever adopts them will be “doubly graced by welcoming this pair into their heart and home.” 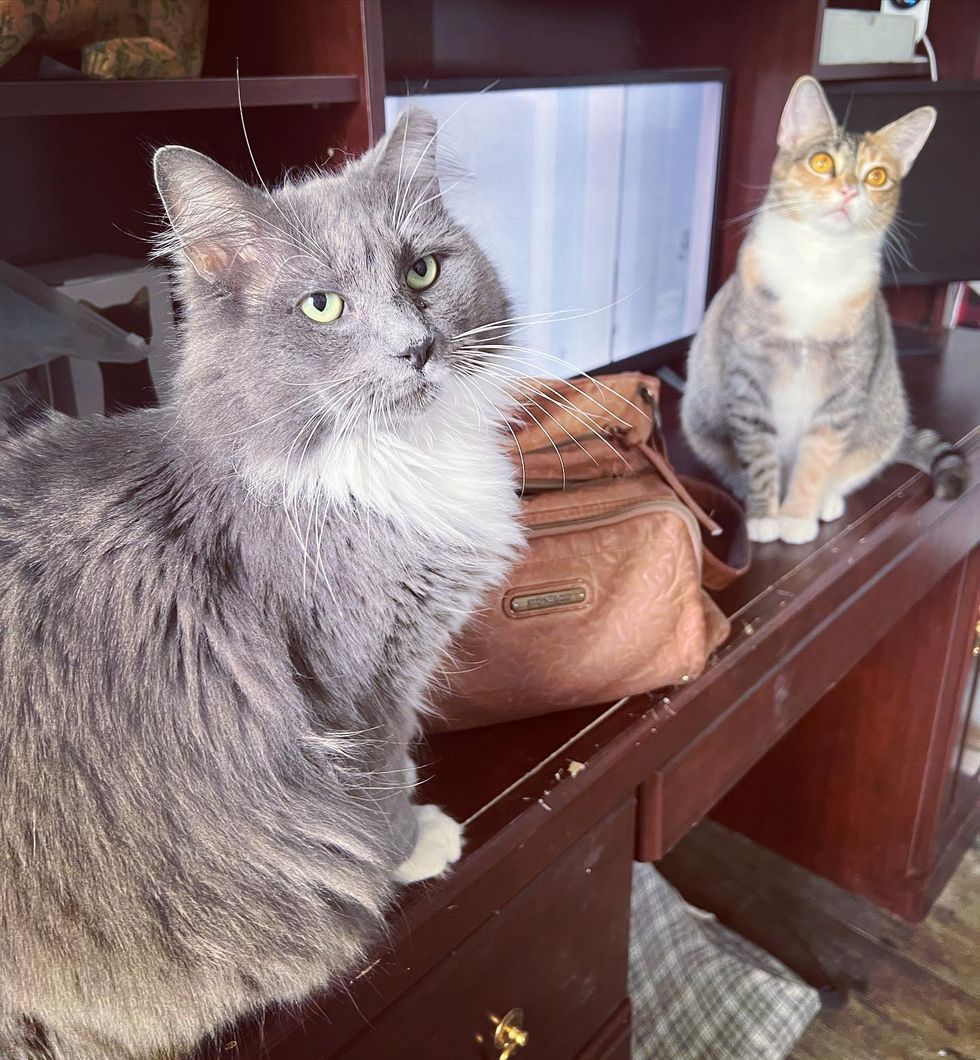 Related story: Cat Comes to Parking Lot and Asks for Help, She Walks Right into a Carrier One Day

Horrific discovery after walker hears yelping at base of cliff

Kiki the cat, missing for 5 years, flies from Edmonton to Ontario for reunion with owners | Globalnews.ca – Global News