Readers would be aware of the way the Rajput family was shattered with the news of Sushant Singh Rajput’s death. Amongst them was his sister Priyanka Singh, who has also been fighting the long battle post his demise. Now she took to social media to share another disheartening piece of news and in the same breath, she also recalled her late brother and posted about his memories too. Priyanka revealed the news of their family dog Fudge and also walked down the memory lane, remembering the bond their pet shared with the late actor. 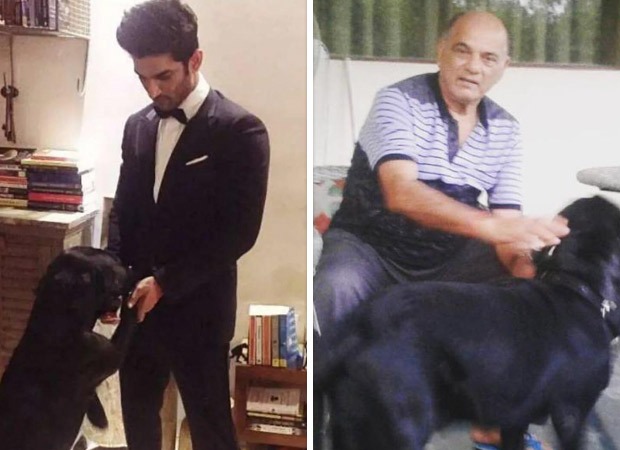 Priyanka Singh took to Twitter to pen a heartfelt note about the demise and also posted photos of her memories with Fudge along with their pet posing with the late Sushant Singh Rajput on the platform. She captioned it saying, “So long Fudge! You joined your friend’s Heavenly territory… will follow soon! Till then… so heart broken”. Followed by her post, many of Sushant’s fans too started dropping their condolence messages over the demise.

So long Fudge! You joined your friend’s Heavenly territory… will follow soon! Till then… so heart broken ???? pic.twitter.com/gtwqLoELYV

Readers would recall that Sushant Singh Rajput had always opened about his bond with his canine Fudge, a black Labrador and he was also seen posting photos and videos of him spending quality time with his pet. After the actor’s demise in 2020, reports had it that Fudge was taken to the Rajput home in Patna and Sushant’s niece Mallika Singh was often seen taking care of the canine as she was seen posting about it on social media.

Meanwhile, talking about Sushant’s demise, the actor is expected to have died under mysterious circumstances. Evidence, at the time of the incident, suggested that the actor died by suicide by hanging himself. His last release was Dil Bechara alongside Sanjana Sanghi, which was released a month after his demise.

What You Need To Groom Your Cat At Home, According To Groomers

Funko and ASPCA Team for Back to the Future, Wizard of Oz Pet Pop! Figures