These two cats have been looking out for each other since they were newborn kittens.

Laszlo and Lestat (cat brothers) have been a bonded pair since they were born. They were found as premature kittens in a backyard without a mother in sight. Orphan Kitten Club took them in along with their other siblings.

Lestat was the runt of the litter and the most vulnerable of the bunch. He was immediately provided a heat source and needed intensive care.

For the first week, it was touch and go. Yige Zhao (Foster Mom) worked through many sleepless nights to ensure that he stayed alive. The kitten kept going and overcame one hurdle after another despite the odds against him. He couldn’t have done it without his brother Laszlo. 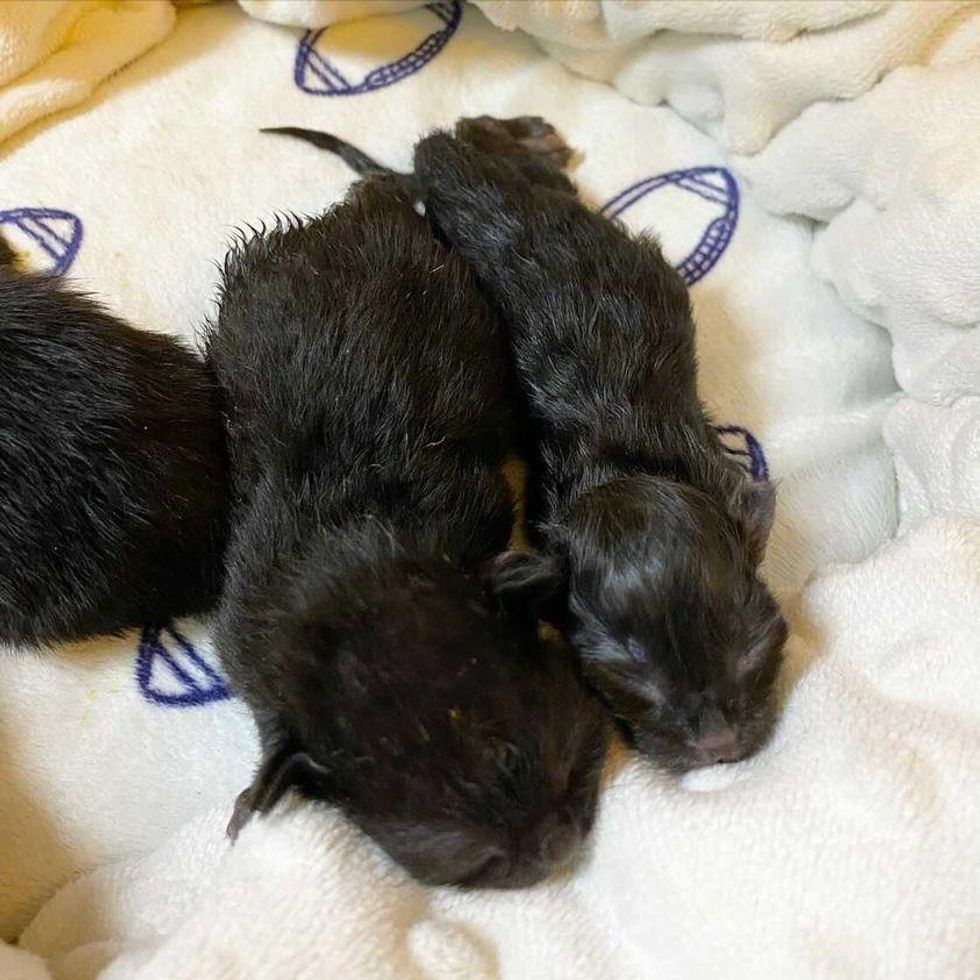 Laszlo was Lestat’s steadfast protector from the beginning. When Lestat was in his worst shape, his brother kept him close the whole time. His warmth and touch helped breathe life back into Lestat’s tiny body.

Every time Lestat’s heartbeat slowed down, Yige saw something remarkable between the two kittens. 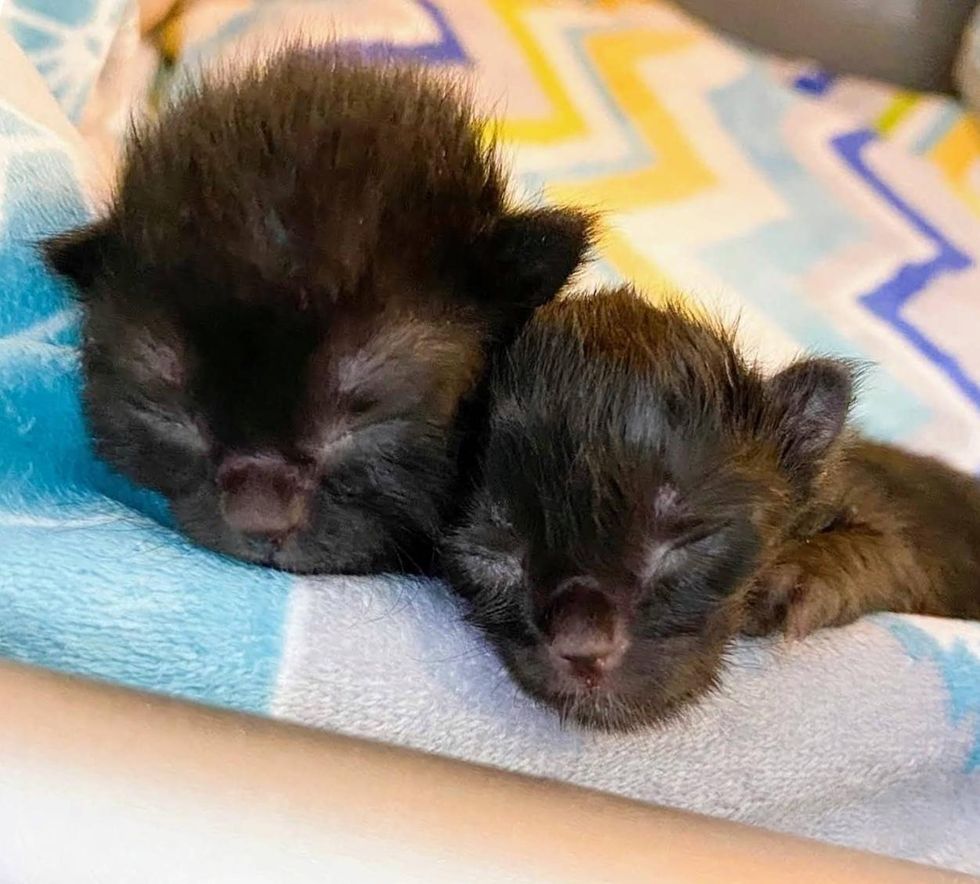 Laszlo would squirm over and gently nudge his brother’s fragile little body. Instantly, Lestat’s heart would start beating back to normal again. “I noticed that almost every time this happened,” Yige shared with Love Meow.

Lestat found plenty of comfort from his brother and the two were rarely apart during the first week. After each meal, Laszlo would place his arm around his brother. “It was such a sweet and tender moment.” 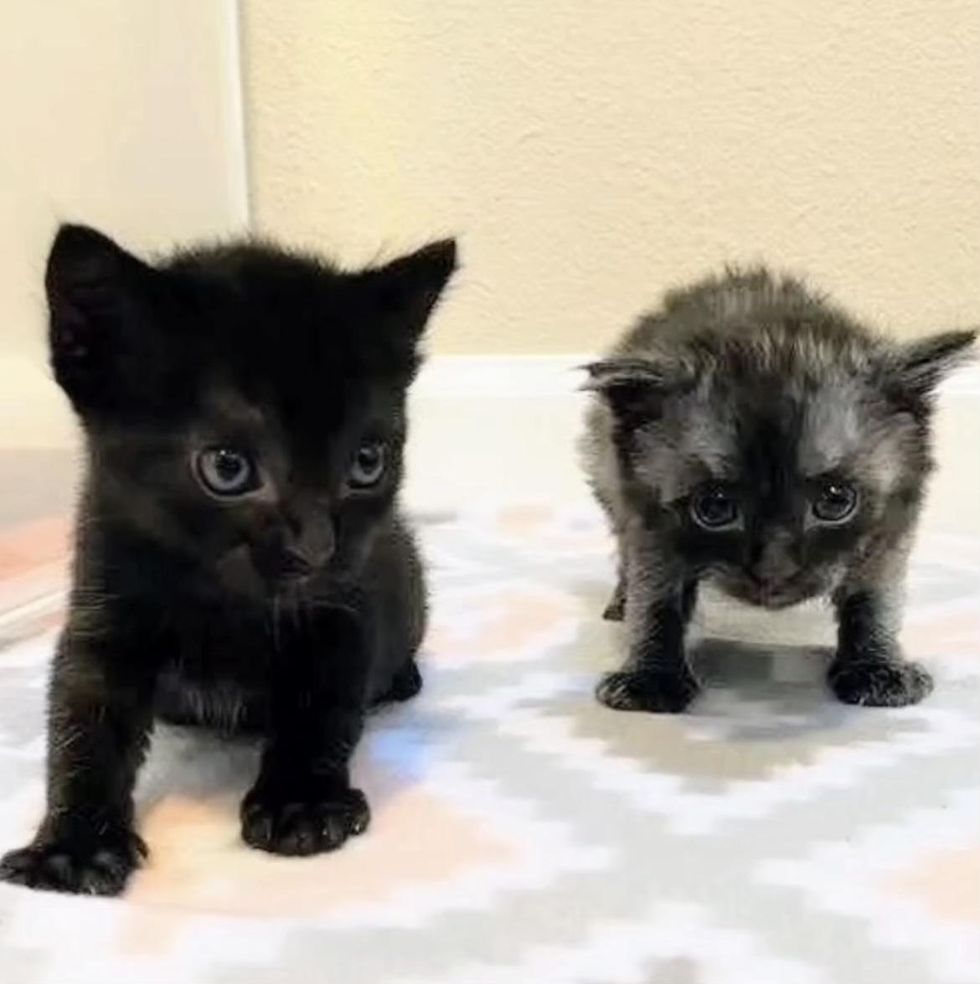 With painstaking care and a wonderful support system, Lestat pulled through and began to eat from a bottle on his own.

Around that time, he developed a fever coat due to the difficult first week of his life. As he grew, he would slowly lose the silver grey and his fur would grow back in its original color. 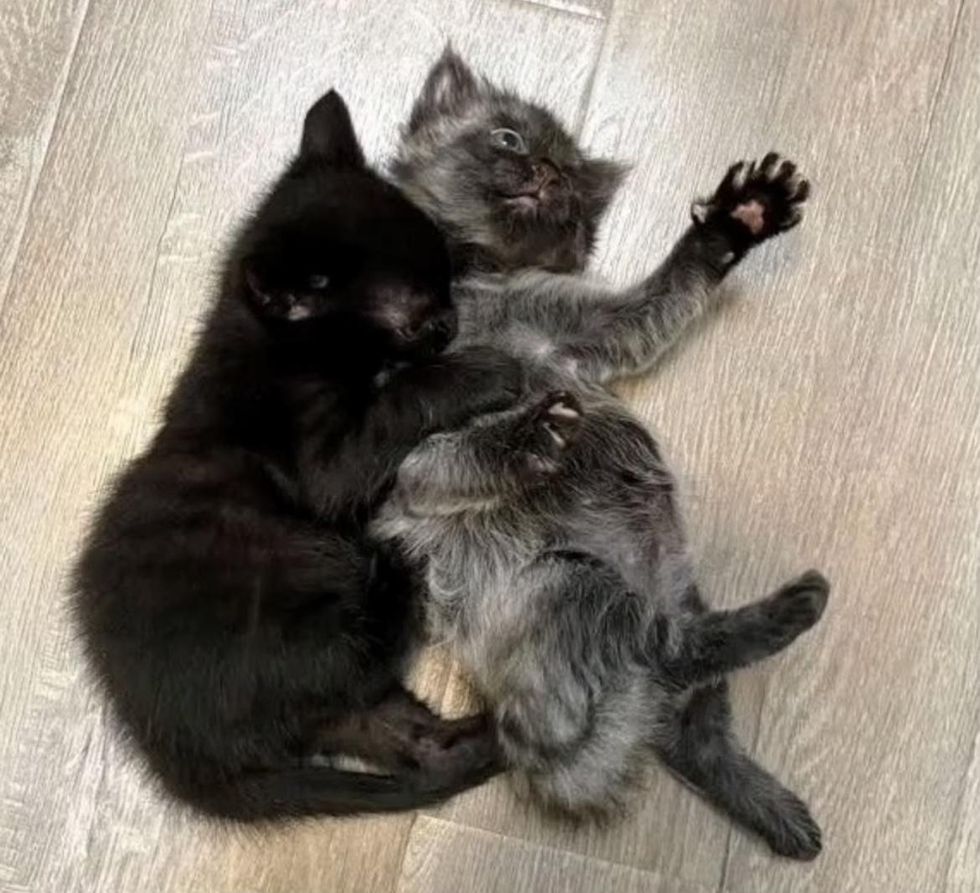 The two continued to be each other’s pillar of support as they entered the boisterous kitten phase. Lestat was never far from his brother. He imitated his every move and tried to appear big and tough in front of other kitties.

When they were ready for adoption, the duo quickly found their forever home together. 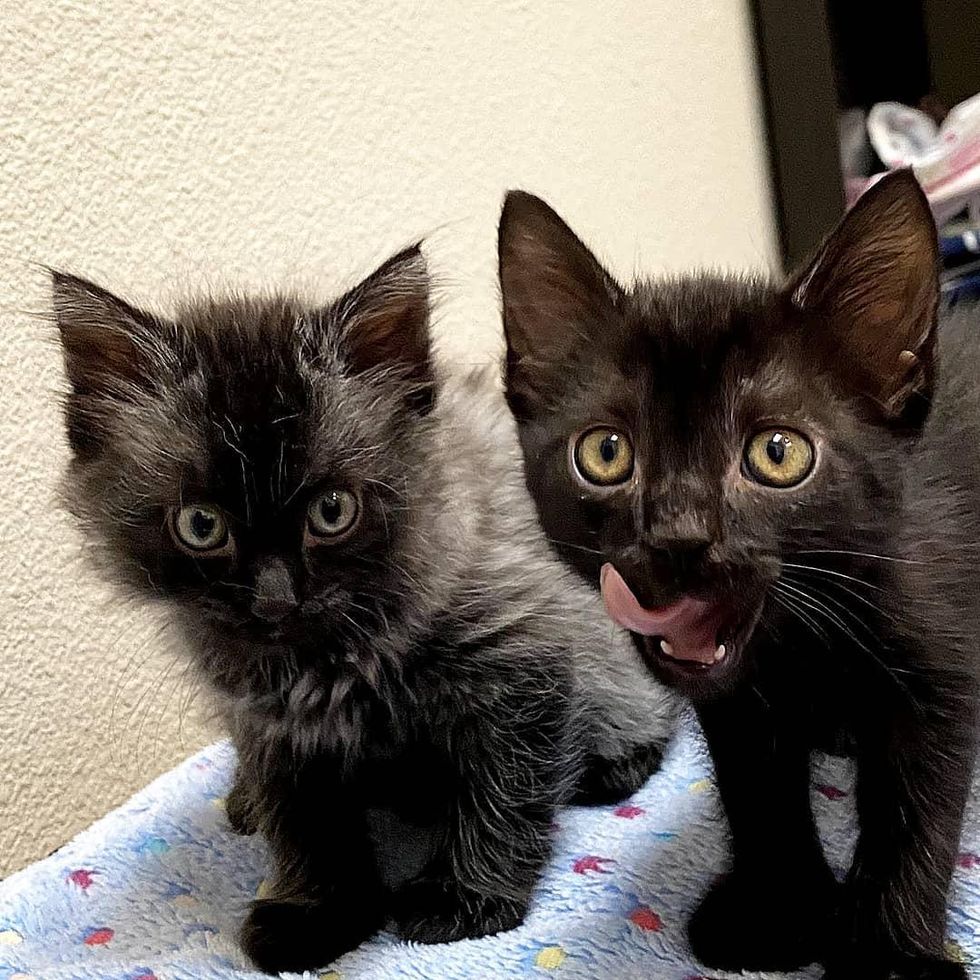 They settled into their new abode and started zipping around like they owned the place.

The next morning, Amy, their forever human mom, woke up to the kittens wrestling on her bed, playing their hearts out. 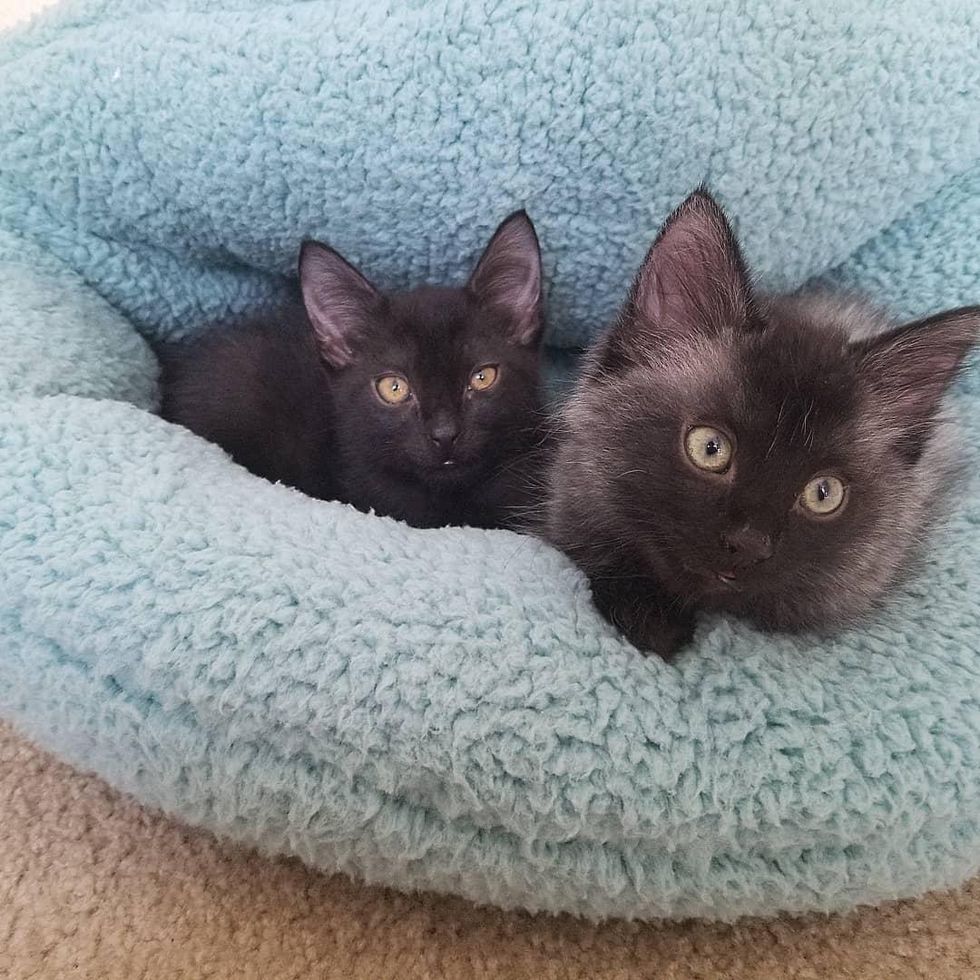 The two bundles of unbridled energy continued their hectic morning routine (lots of running and tumbling) until they were tuckered out on a cat tree or by the window together.

“They love to cuddle while napping, right in front of the bright window from the highest perch on their tree.” 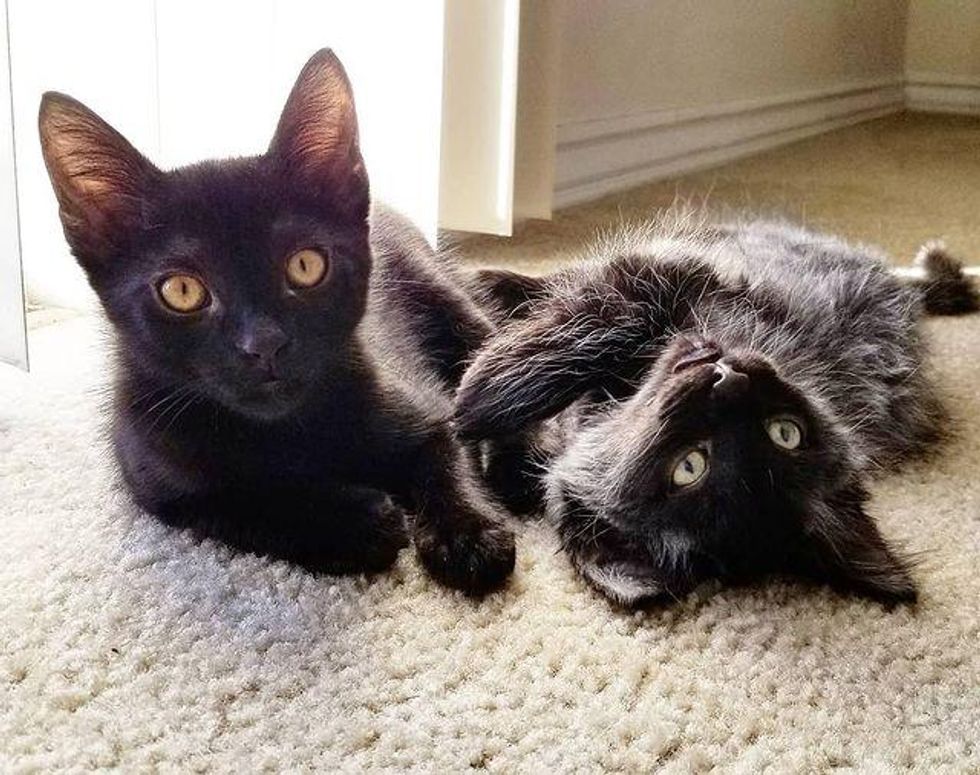 The brothers have since grown into gorgeous panther kitties. “Laszlo is well above his weight class. He’s a hungry, chonky, and lovable cat who can’t wait to get his next cuddle and chin scratch,” Amy told Love Meow.

“Lestat on the other hand can jump up on high counters. He’s thrown down a bag of hot dog buns and a bag of corn tortillas to his brother. Lestat is a wild child that aids his brother’s addiction of food.” 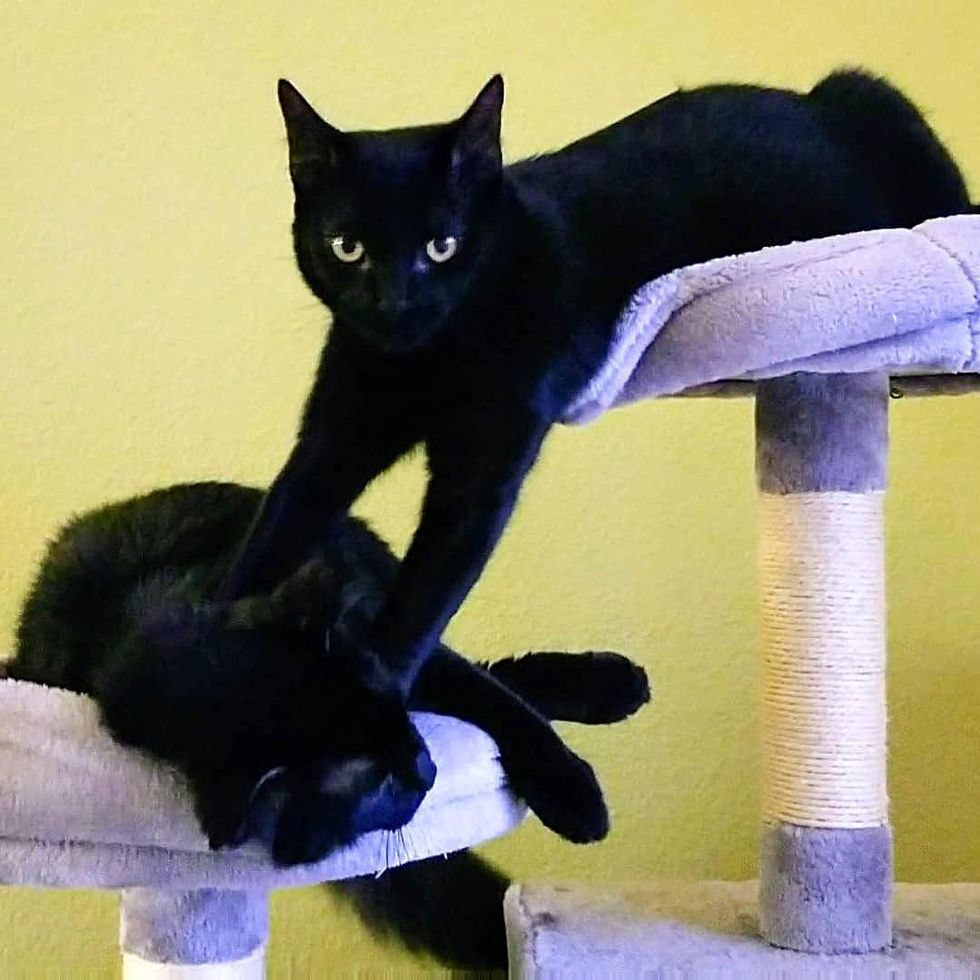 While Laszlo has an insatiable appetite and is always on the lookout for a snack, his brother is a fluffy scallawag who is constantly plotting his next antic.

“He can also open cupboards and drawers, which Laszlo cannot do, so our kitchen has been reorganized accordingly.” 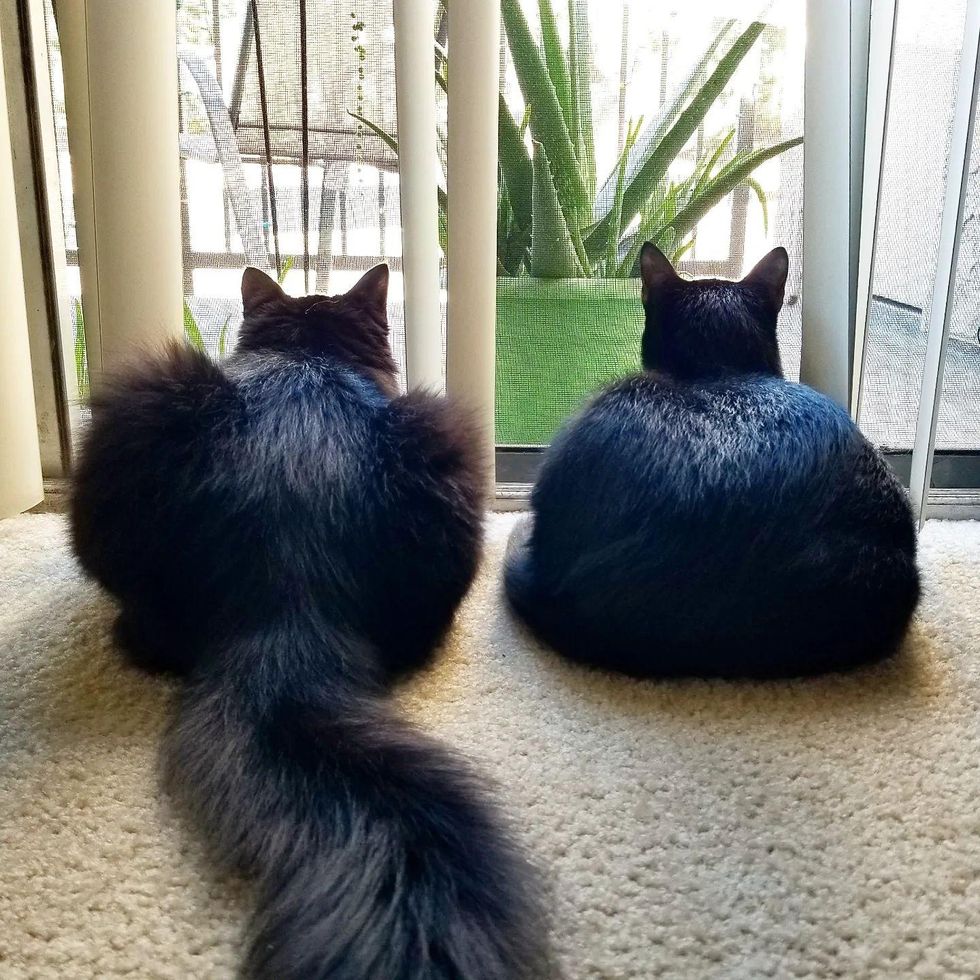 “Lestat uses our sleeping bodies as parkour ramps, and then climbs all over furniture knocking over every item in his path,” Amy shared with Love Meow. But all is forgiven when he switches on his rumbly purr motor and starts headbutting his people.

“They are such sweet black cats and they love each other so much. They play hard, fight, hug and chill together as best friend cat brothers would.” 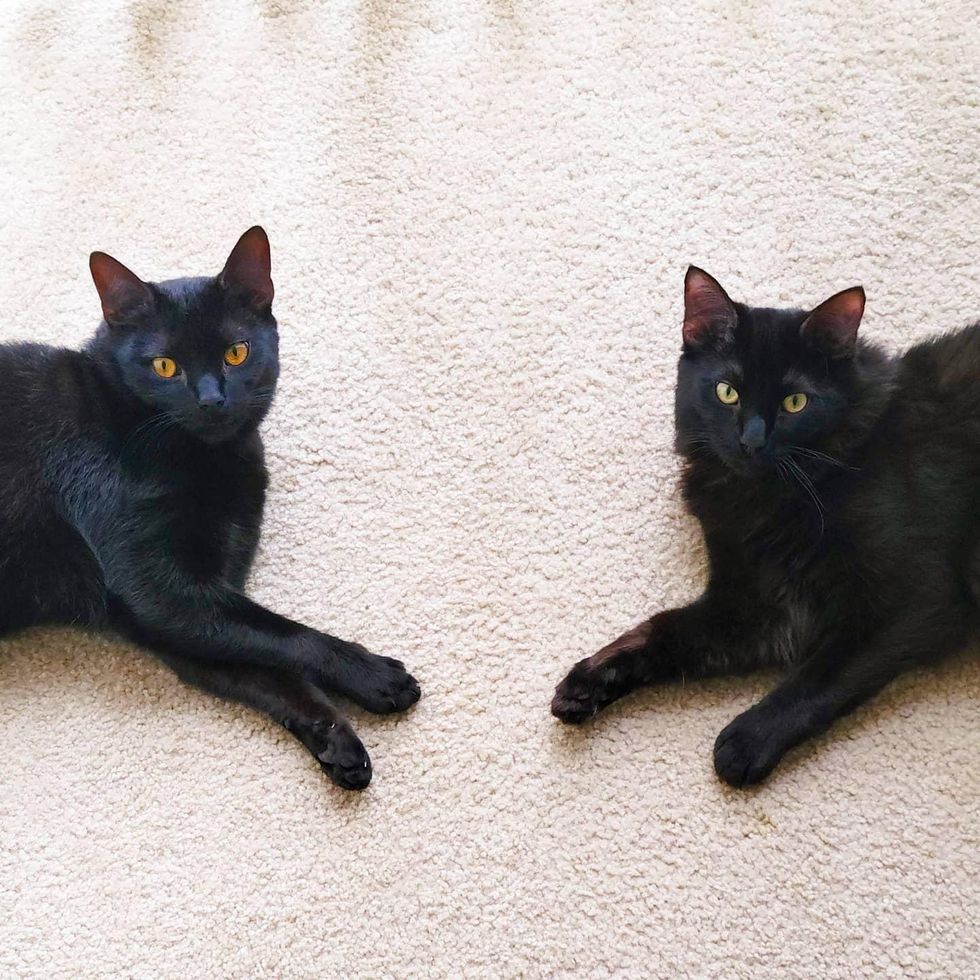 “They enjoy watching the birds and cars go by. They know they are spoiled beyond belief and have it good where they are living.” 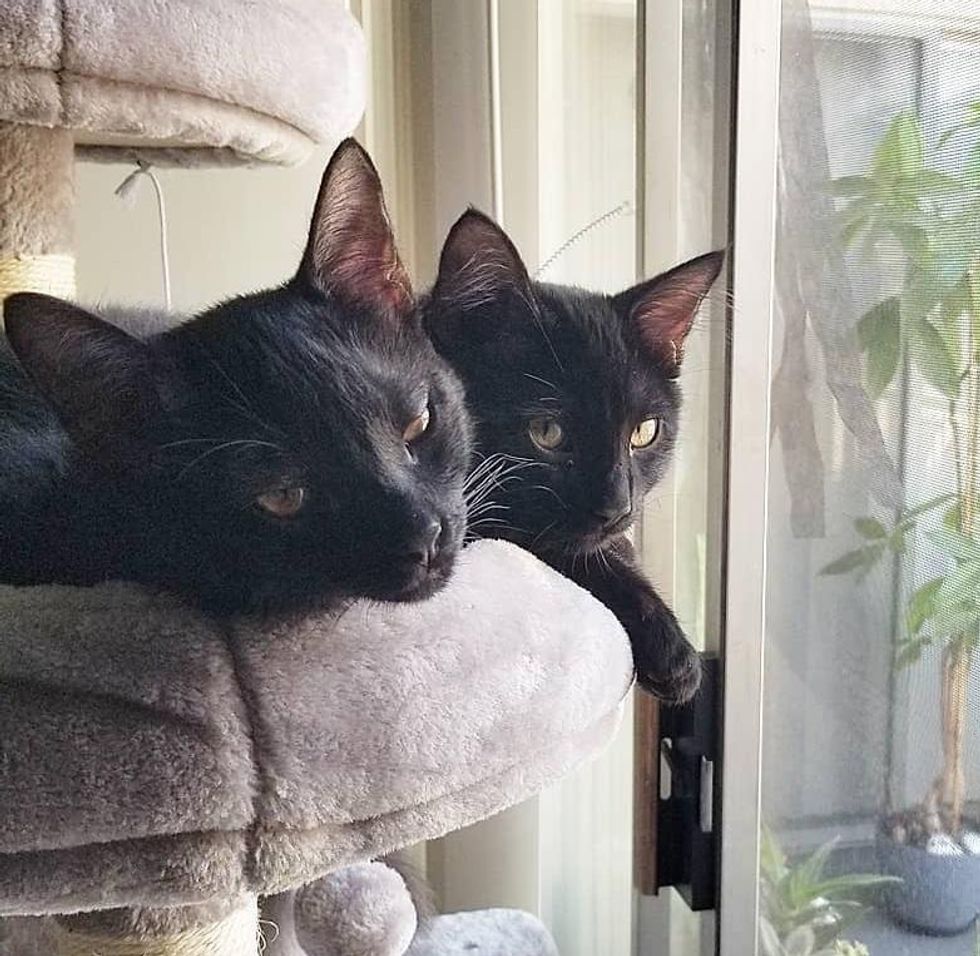 Related story: Kitten Decides to Be Raised by Dog After Being Found Alone, and Turns into Affectionate Fluff Ball

How to help street cats and dogs you meet while traveling

TikTok Vets Exposes Pets People Think Are Cute, But Are Not – BuzzFeed