That coiled tail is possibly less endearing when you know it’s a purpose-bred genetic defect, which in its most serious forms leads to paralysis. And their squished noses? That’s been selectively bred to become ever shorter and smaller, making it difficult for the dogs to breathe and eat, causing trickle down effects like cardiovascular stress, eye prolapses, overheating (dogs don’t sweat, so they need to pant to expel heat through evaporation), weight gain because of that sedentary overheated lifestyle, dental crowding, soft-palate collapse, and skin-fold dermatitis. More of an “anatomical disaster” than the patron saint of cuteness. 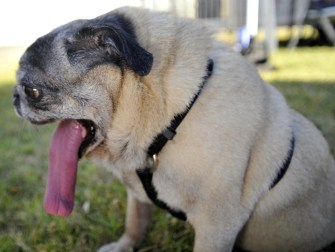 Despite performing corrective surgeries and designing pain treatment plans for these dogs, veterinarians don’t often speak up about the unethical nature of buying and creating demand for genetically impaired dogs for one simple reason – it’s bad for business. “If I stood up and told the truth about these breeds,” says an anonymous vet to The Guardian, “I would immediately alienate [their owners] and they would up sticks and move to the neighboring practice where the vet was not as outspoken. Vets in general practice simply cannot afford to be honest and to speak out.” 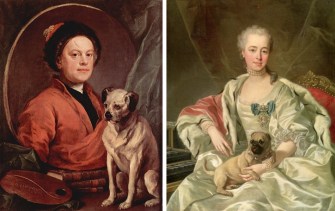 Why veterinarians are skeptical of pugs

The British Veterinary Association (BVA), which represents vets across the UK, is in a better position to do so. It has made several statements this year on the breeding and buying practices of brachycephalic dogs, expressing the trend as a concern in dog health and welfare. “The surge in popularity of these dogs has increased animal suffering and resulted in unwell pets for owners, so we strongly encourage people to think about choosing a healthier breed or crossbreed instead.” Sean Wensley, president of the BVA, says to The Guardian.

Mixed-breed dogs are said to be much healthier than pure bred dogs, a claim that is refuted by dog breeders, but a study from 2013 inserts some much-needed data into an argument that is skewed by passion and profit. Using medical records from more than 27,000 dogs and comparing the incidence of 24 genetic disorders in mixed vs. purebred dogs, the researchers found that 10 of those genetic disorders had a significantly higher incidence in purebred dogs, and just 1 of those disorders was greater in mixed-breeds. For the remaining disorders the incidence was fairly even in both groups.

Funny looks. Not so hilarious problems.

Why has this certain set of physical traits become so popular in dogs? And for that matter, in cats. While dogs are America’s #1 pet, cats are arguably more famous in the digital world. Two of the most viral cat celebrities are Lil Bub (who has nearly 3 million Facebook fans and her own Vice documentary), and Grumpy Cat aka Tardar Sauce (who has nearly 9 million Facebook fans, a cat celebrity manager, her own book deal, a plush toy line, and is sponsored by Friskies).

Why are Lil Bub and Grumpy Cat so cute and famous? Because they have health complications. Lil Bub was the runt of her litter and has a tongue that always hangs out of her mouth because of her abnormally short lower jaw and toothlessness. She also has serious osteoporosis and is medicated for it. Grumpy Cat has feline dwarfism, and an underbite, which causes her famous frown. 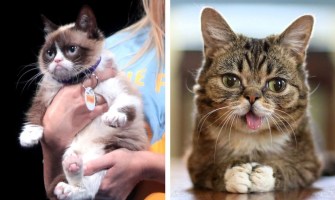 If you look at Bored Panda’s list of the 20 most famous internet cats, many of them have disabilities or genetic mutations such as vision impairment (Honey Bee), no nasal bridge (Monty the Cat), a cleft palate (Lazarus the Vampire Cat), and heterochromia (Fukumaru). There is a big difference, however, in loving an animal with a genetic mutation and intentionally creating genetic mutations, or buoying an industry that does.

In domestic pets, there is an increasing fetishizing of the weird. Ugly is cute, and deformed is unique. This is the new Victorian freak show, and we love them so. From one perspective, it’s an amazingly progressive attitude shift – imagine if humans acknowledged, and even revered, diversity in people in the same way.

The inconsistency when it comes to our attitudes towards humans and non-human animals is huge. Philosopher Dale Jamieson has more on that particular kind of cognitive dissonance here:

What Are the Best Arguments in Favor of Animal Rights?

What Are the Best Arguments in Favor of Animal Rights?

The philosopher poses fundamental questions about human and animal rights.

Warm Weather Dogs: Here are the 10 breeds of pup that thrive in warm climates and love hot temperatures – including the loving Yorkshire Terrier