Twin kittens who were found on the streets, learned to be brave with the help of family cats.

Two tabby kittens were spotted on the streets of Philadelphia, scrounging around for food and shelter. A couple of animal rescuers @kolonykats set out a humane trap and were able to bring the pair to safety.

The feline brothers walked into the trap together. They were a bit timid and confused, and needed a foster home. Erica, who volunteers for Charlie’s Army Animal Rescue, stepped up to help.

“They weren’t socialized when they were brought to me. They hadn’t had very much human interaction,” Erica told Love Meow. 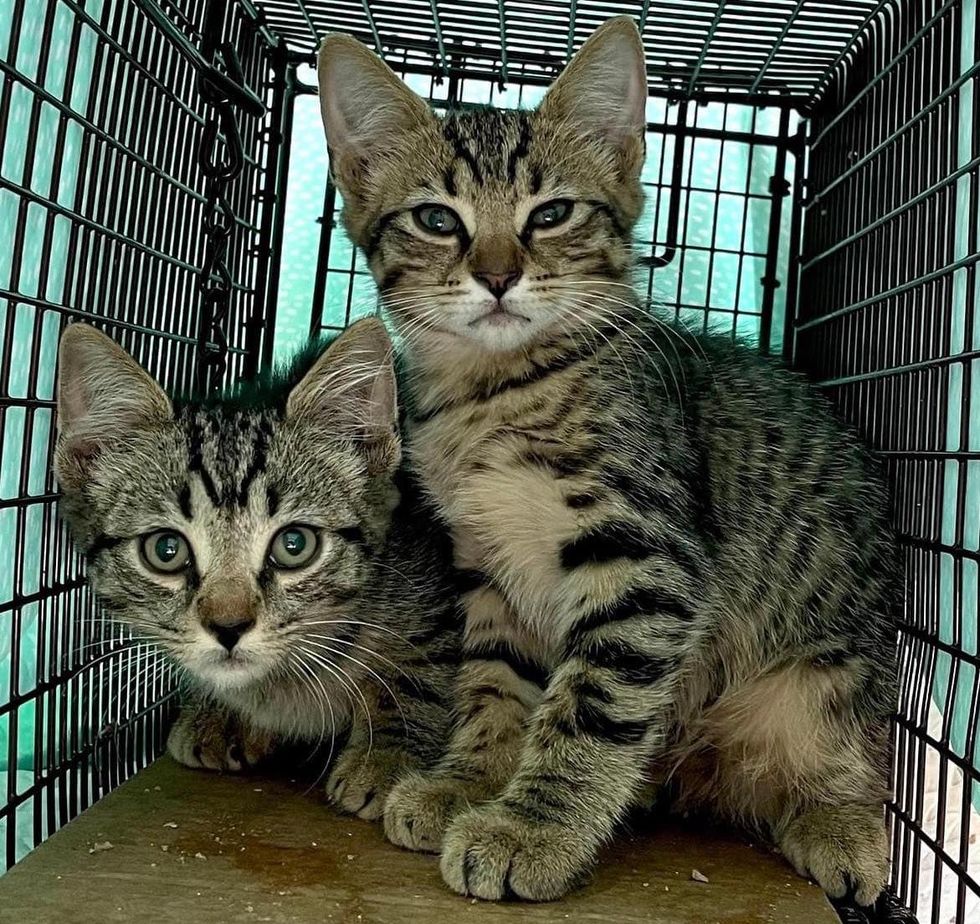 The kittens stayed in their hideout after they arrived in foster care. Slowly but surely, their attitude began to change.

“They were barely five weeks old. For the first day or so they wouldn’t come out of their carrier, or they’d run back in whenever I came in their room.” 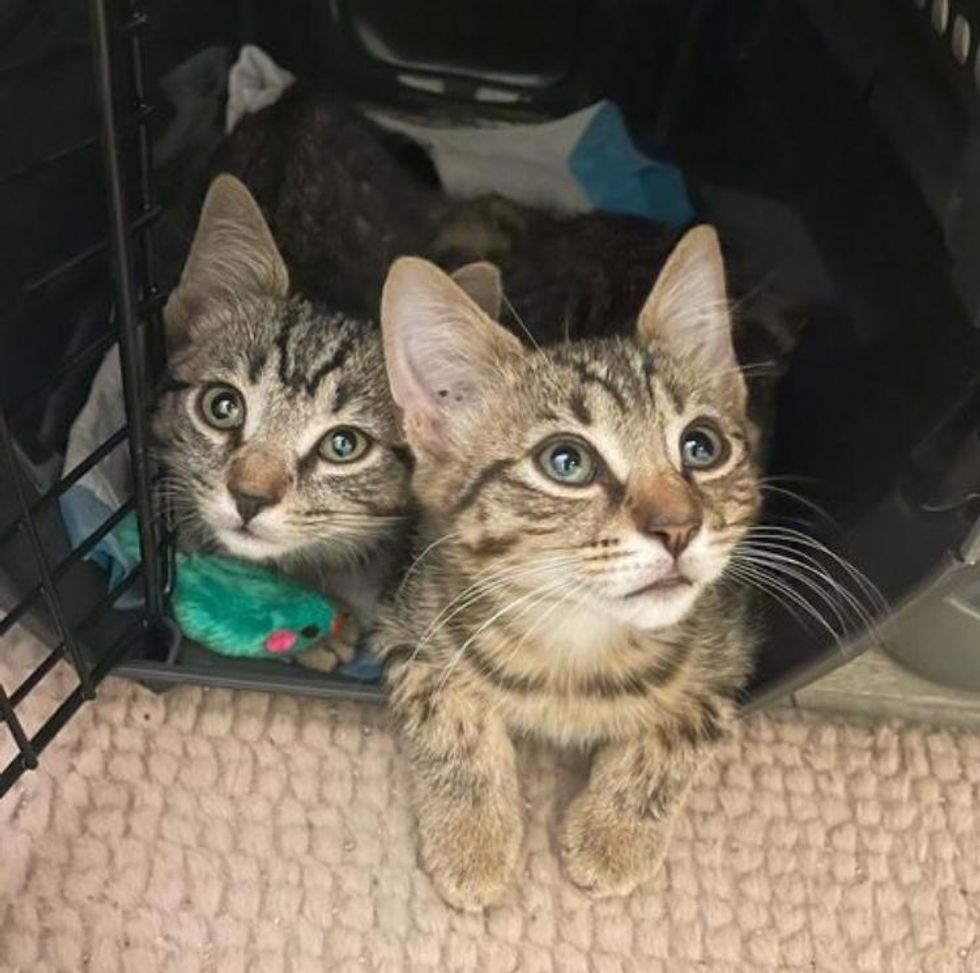 Within 48 hours, the feline brothers warmed up to their foster mom and even switched on their purr motors upon touch.

They no longer wanted to hide and instead, they found themselves lounging on Erica’s laundry, embracing the comfort of indoor life. The kittens named Big and Little came out of their shells as an inseparable pair. 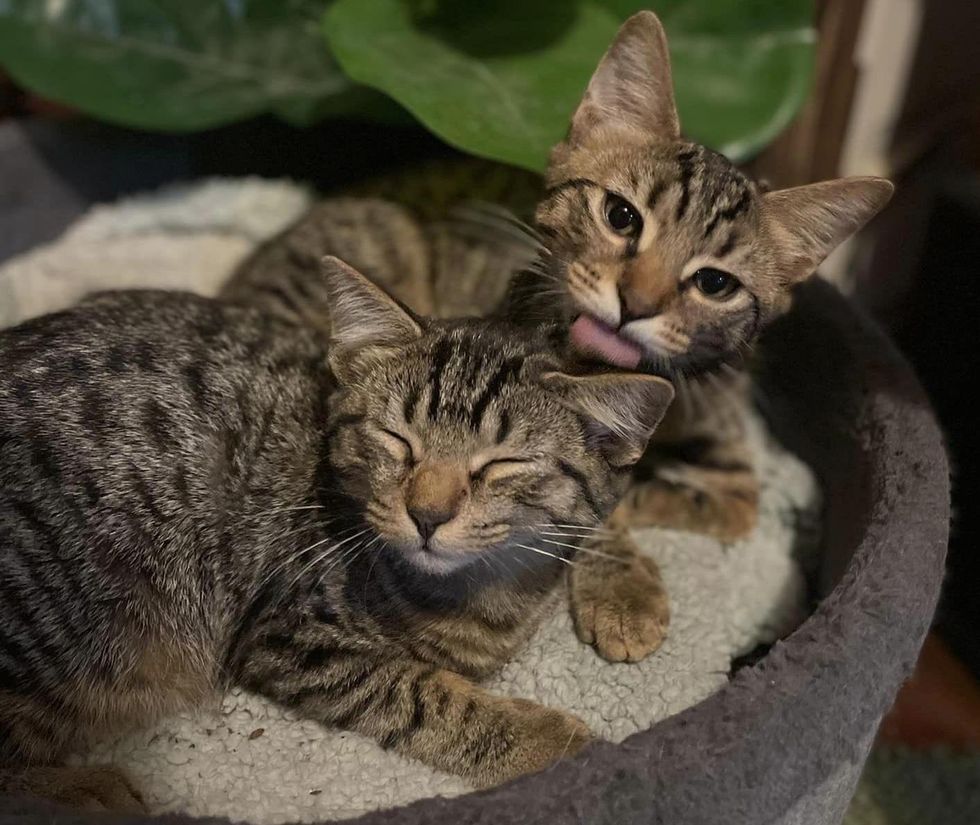 They came out of their shells in foster careErica @phillykittylady_fosters

Before the kittens were medically clear to meet other cats, Erica’s resident kitty, Forest, was already anxiously waiting outside the kitten room, trying to “talk” to his new friends.

“When he started singing, one of the kittens ran up to the door and started meowing.” 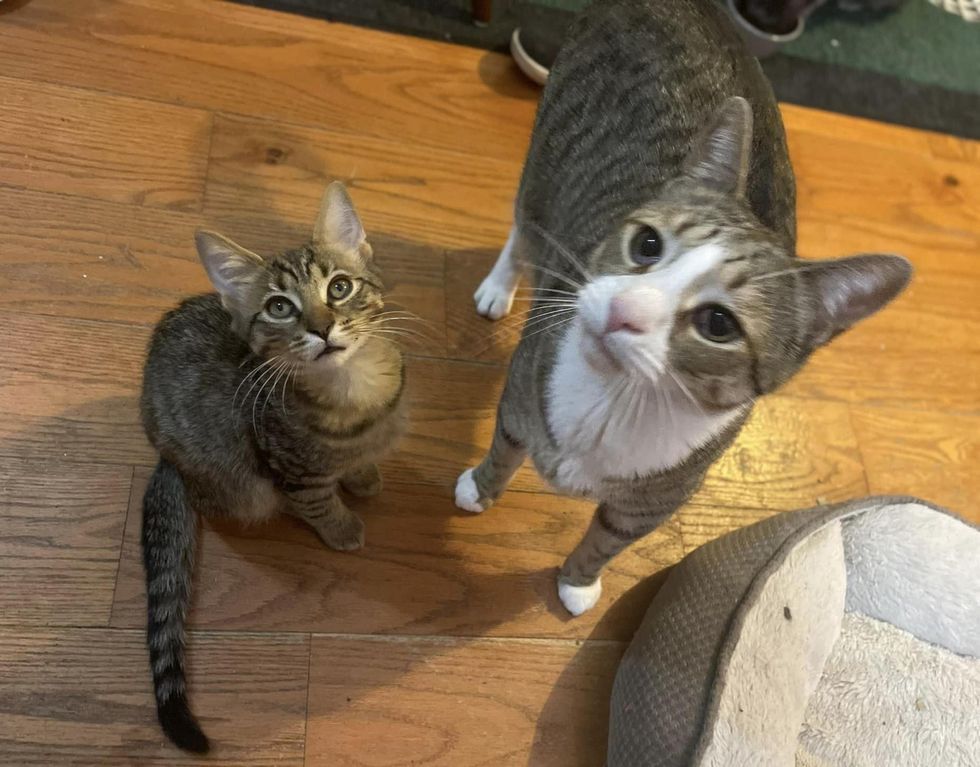 When the two littles were ready for a meet-and-greet with the rest of the feline crew, they hit it off right away with the resident cats.

“My two adult cats, Forest and Sloane, love kittens, and they have helped Big and Little with their confidence and learning kitten manners,” Erica shared with Love Meow. 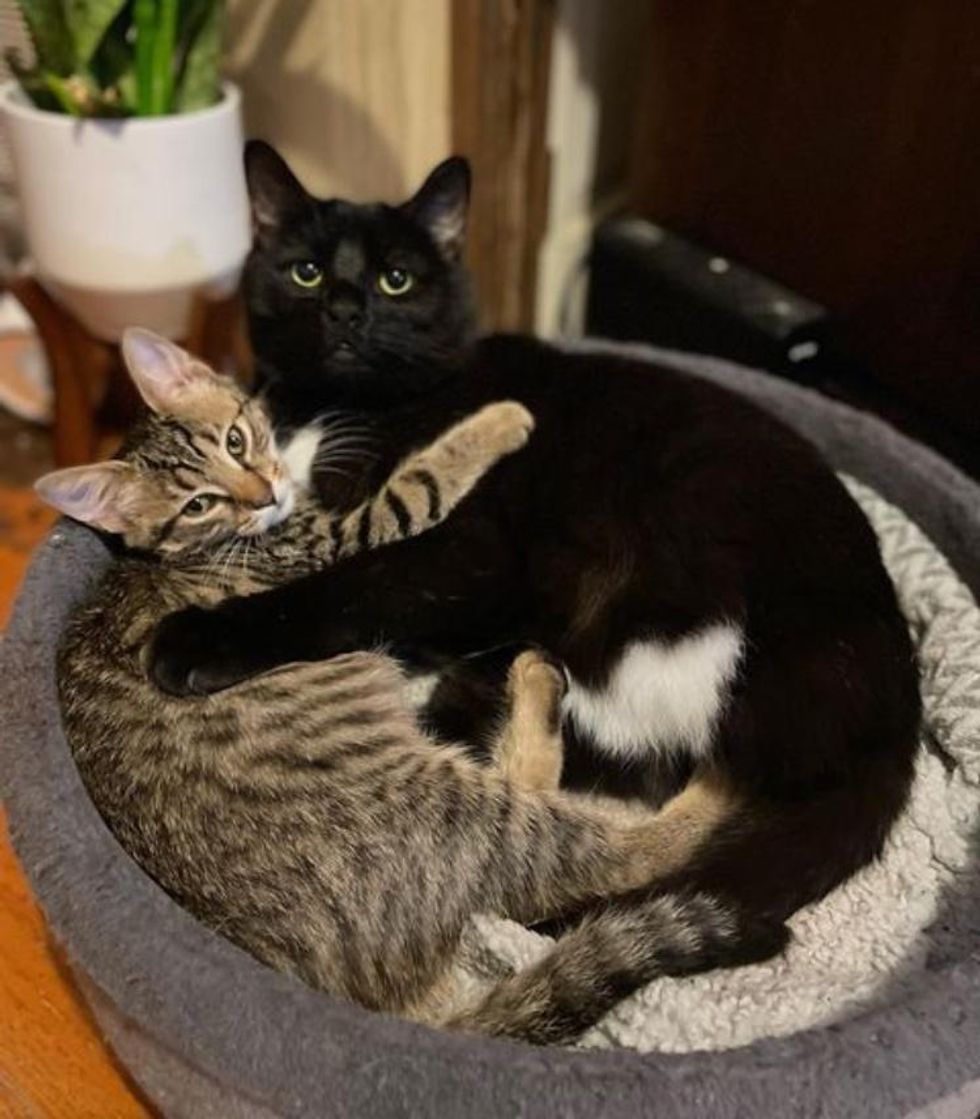 Big likes to run up to Sloane, so he can be loved on. Little likes to curl up next to Forest who will wrap his arms around him as they nap.

“Sloane was taking a bath, and Big climbed up next to him, so he could get a bath, too.” 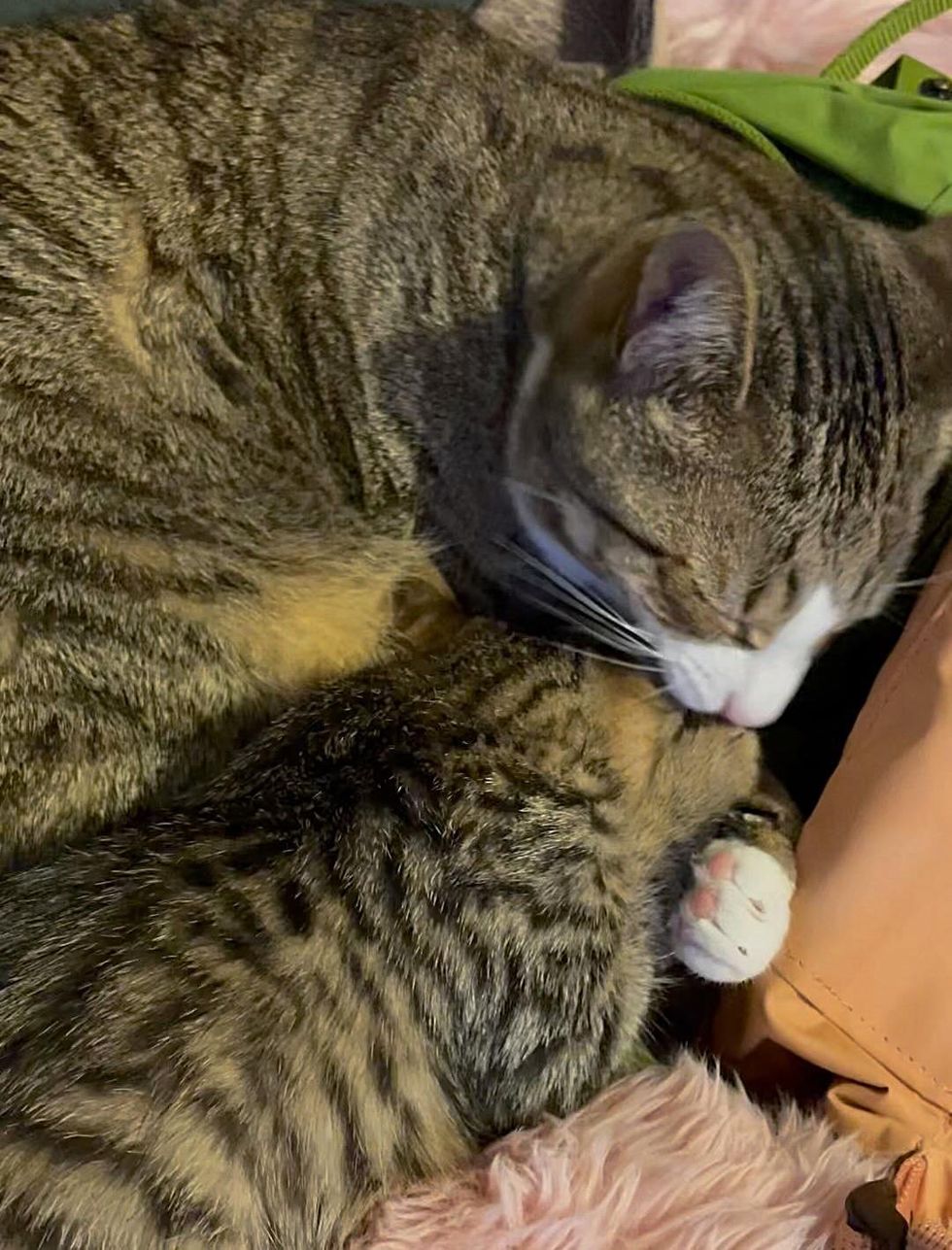 Big climbed up next to Sloane for a bathErica @phillykittylady_fosters

“Sloane and Forest took them under their wings, like they do with all my foster kittens,” Erica shared.

“They taught them how to play nicely and just be good kittens. I often find them sleeping curled up with one of their ‘foster dads’.” 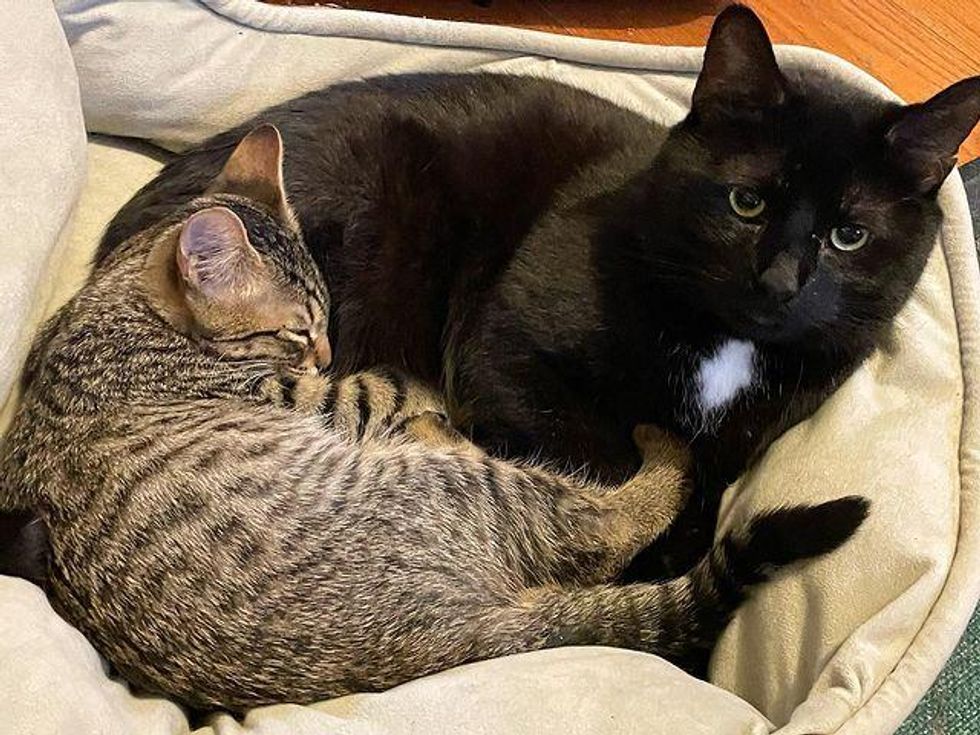 They like to ask for attention by flopping over on their side, showing their belly, and purring up a storm.

“Big is the leader and the more outgoing of the two. Little follows his lead. They are equal parts playful and cuddly. They sleep in my bed almost every night.” 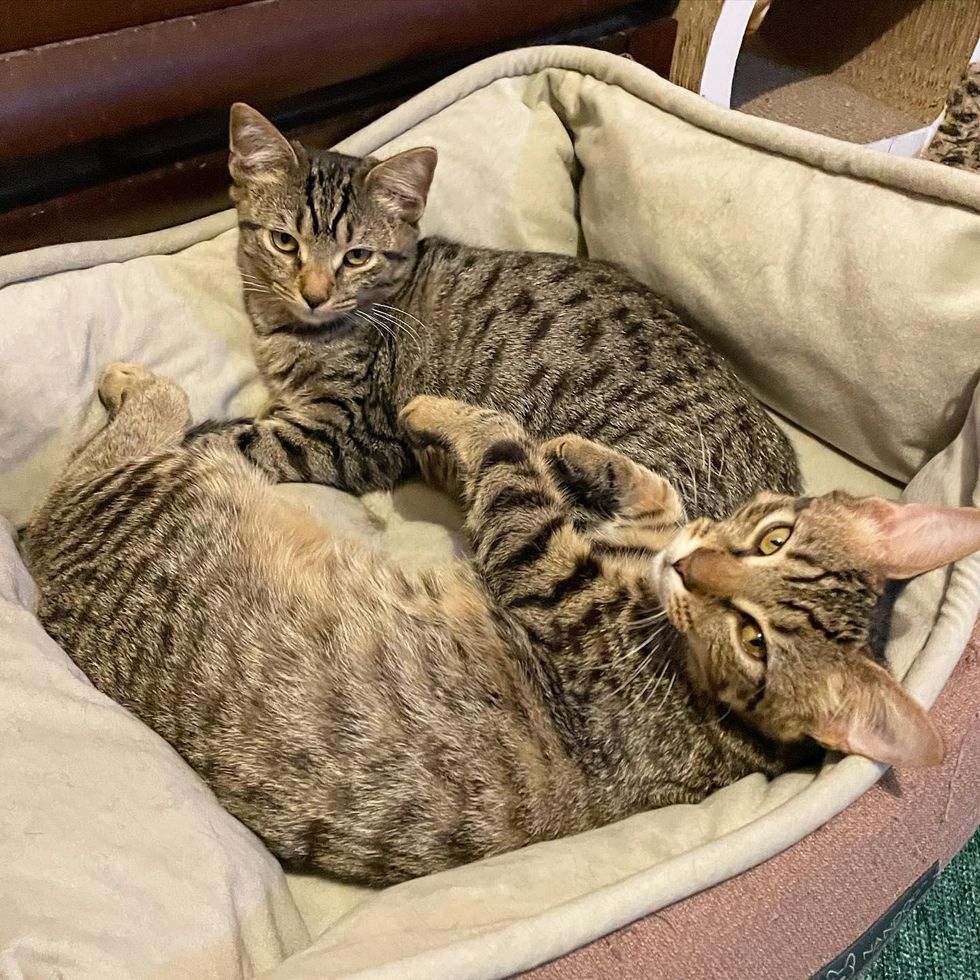 The two brothers were on the streets, side by side, fending for themselves until help arrived. “They took a couple of days to adjust to indoor life, but ever since they haven’t looked back.”

Big and Little have been raised around two loving house cats who have shown them the ropes of cat life. 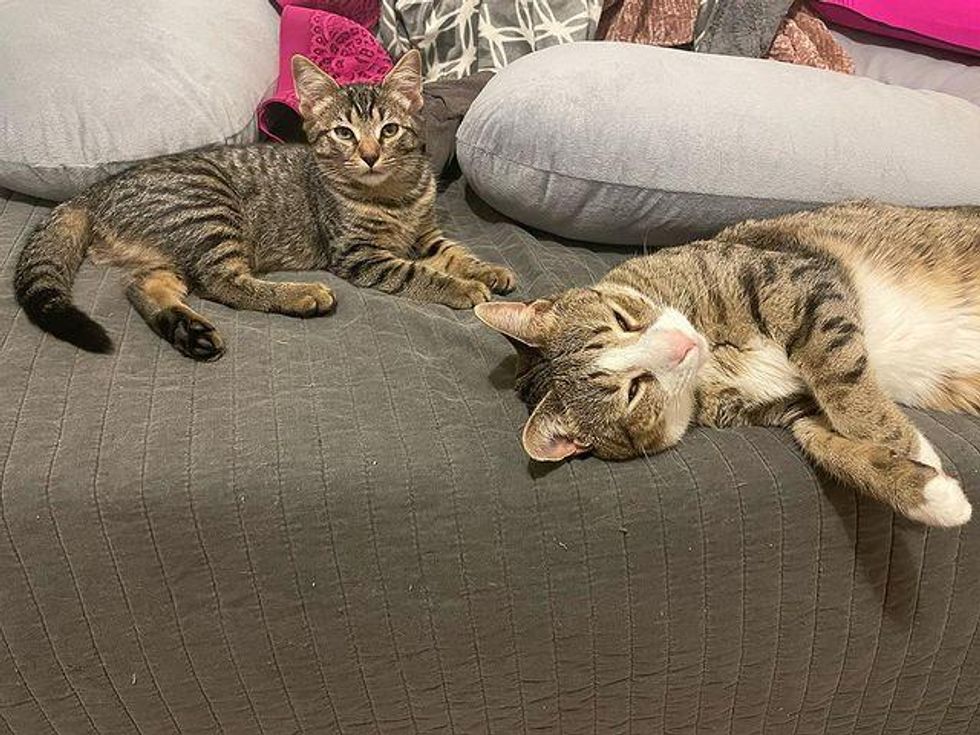 “They want noting more than some fuzzy mouse toys, a soft bed, and love. They are each other’s best friend.” 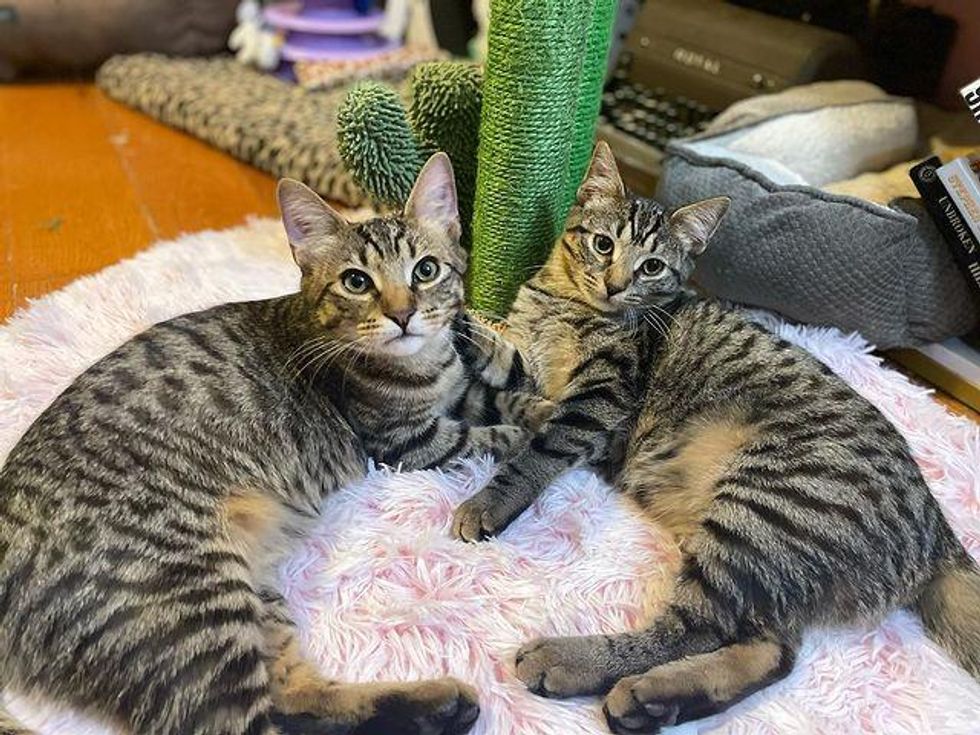 Share this story with your friends. Big and Little are looking for a forever home together. More on the kittens and Erica’s fosters on Instagram @phillykittylady_fosters.

Related story: Cat Walks into Water to Cool Down and is So Relieved When Kind People Come to Help Her