by PAWCHI PET PORTAL
in LIZARDS
0 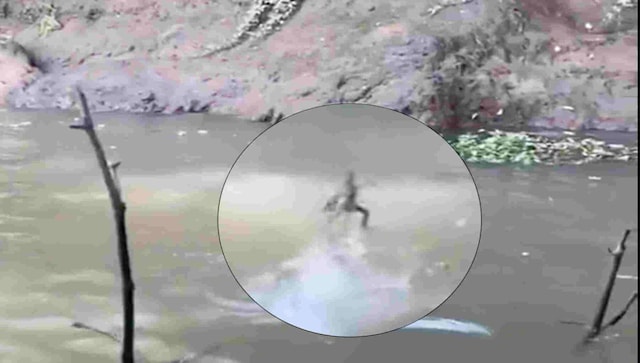 There is no dearth of elements in the natural environment that haven’t left all stunned at least once in our life. Wild animals and their senses of the natural environment are truly majestic creations of god. From migratory birds using the sun and stars to navigate to snakes detecting infrared radiations, it is truly mind-boggling how animals use advanced science to live and make their survival in the wild. Therefore, the internet has brought forth footage of one such creature that has sent shock waves across social media by exhibiting its calibre. Wondering what? While reptiles are well known as the creepy crawly because of their ability to crawl, a lizard has been raising eyebrows after it was caught walking on water. Yes, you read that right. Called ‘Jesus lizard’ or basilisk lizard, the creature has accomplished this seemingly miraculous act with the simple usage of physics.

The now-viral video was shared by IFS Officer Susanta Nanda, who took to the caption to explain this jaw-dropping act. The video opens by showing a lizard sticking to a thin branch, in the middle of a water body, with no dry area near it. While its position honestly raised the question of how it first reached a spot, which doesn’t have land near it, the lizard’s next actions answered all the hovering questions. Next, the video shows the lizard, in a bid to reach another protruding branch next to it, leaping into, or shall we say onto the water. But instead of going under the water, the lizard can be seen balancing its upper body on its two legs and starting to walk on the water. Shocked? Well, we also couldn’t believe our eyes.

It not only started walking but ran across the water and didn’t stop until it reached the dry land. While explaining the phenomenon, the IFS officer took to the caption and read, “Physics at work…Surface tension, the force created when water molecules cling together, becomes dominant, allowing small animals to walk effortlessly over water bodies.”

Amused users were quick to react to the same. Several users took to the comments section to laud Mother Nature’s astounding creation. One user commented, “Mother Nature always has something beautiful to show to her world!”

👌🏻👌🏻Mother Nature always has something beautiful to show to her world!

Another commented, “I’m not convinced that the animals “walk effortlessly”, but it’s a great video!”

Ducky is the Yorkie stealing hearts across your timeline

City lizards are just built different — right down to their DNA

Watch This Lizard Shoot Blood From Its Eyes (And Discover Why!)

Video: Dog, once left for dead, wins ‘Shelter Dog of the Year’ award