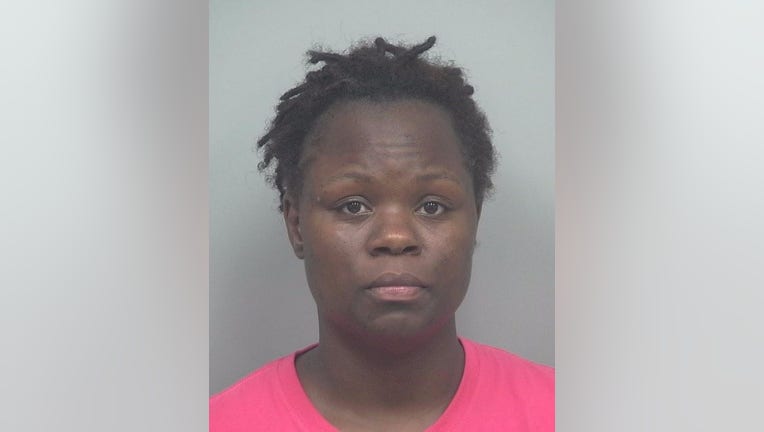 Police said Renae Tolbert is charged with robbery by sudden snatching and criminal attempt to robbery for allegedly trying to steal dogs from two different people.

Police said Renae Tolbert is charged with robbery by sudden snatching and criminal attempt to robbery for allegedly trying to steal dogs from two different people.

Police said Tolbert arranged online to meet with a seller on July 26 in a parking lot on the 3300 block of Centerville Highway in Snellville. The address appears to be a strip of several businesses, including restaurants. Police said Tolbert asked the seller if she could hold the puppy and look at it. Police said she got in her car and took off.

A second victim spoke to police officers, who met with the original victim. The other victim informed officers about a proposed meeting to sell a dog at the same location approximately one hour earlier. The seller and Tolbert set up the meeting online and Tolbert allegedly tried to make off with the dog, but the second suspect stopped them and recovered the dog.

“It is always a good practice to meet in a public place when arranging a sale online,” a statement from Gwinnett County police said. “We advise our residents to use the utmost caution during these transactions and to make sure that you know who the other person is whether you are a buyer or a seller.”

Gwinnett County police did not elaborate on the stolen puppy’s whereabouts.

This husky is a huge Avatar fan, has James Cameron imprint all over him | WATCH